Helen Fussell’s enviable job as a theatre PR has seen her working with an extraordinary group of women as they bring a real life story to the stage in ovation-worthy fashion. 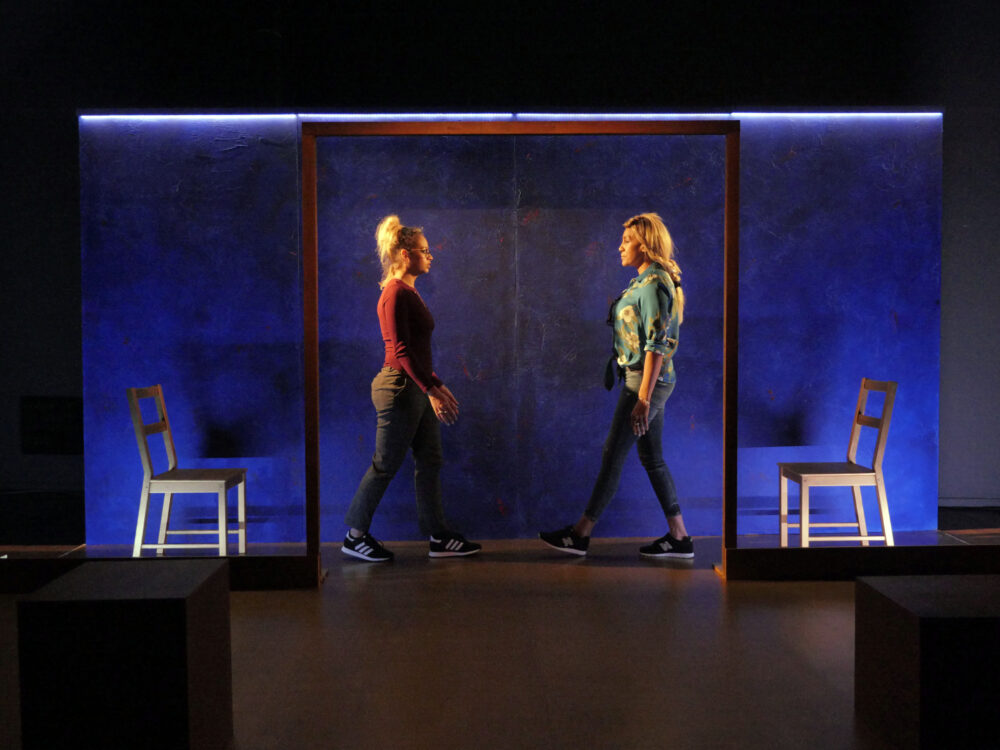 Last week, Sam Wonfor wrote about Open Clasp celebrating 20 years of changing the world one play at a time for the blog, and on Wednesday I went to press night for their new co-production with Live Theatre, don’t forget the birds.

I work with Open Clasp, so I know more than most about the company, and I’ve seen loads of their shows; but this one really is something else, not least because the women on stage are telling their own story.

Cheryl and Abigail Byron are a real-life mother and daughter. The play opens with Cheryl being released from prison, where Key Change – a play Open Clasp made with women serving in HMP Low Newton – ended.

But we also find out what led up to that point – domestic violence, drugs; the impact a prison sentence had on a mother and her daughter – the things they could never tell each other but were able to tell Catrina McHugh who wrote don’t forget the birds from interviews with the two women; and how they’ve been able to rebuild their relationship afterwards.

If that sounds powerful, brave, compelling, authentic, relatable, moving and totally believable, it’s because it is.

But don’t just take my word for it, the reviews speak for themselves, including a four-star shiner in The Guardian: “Playing themselves with humour, grace and honesty, a former inmate and her daughter tell their story and reveal their bond”; Exeunt Magazine said it was “an utter joy…performed with enormous charm with a chemistry that can’t be faked”; and NARC magazine called it “a story of survival, strength and hope”. 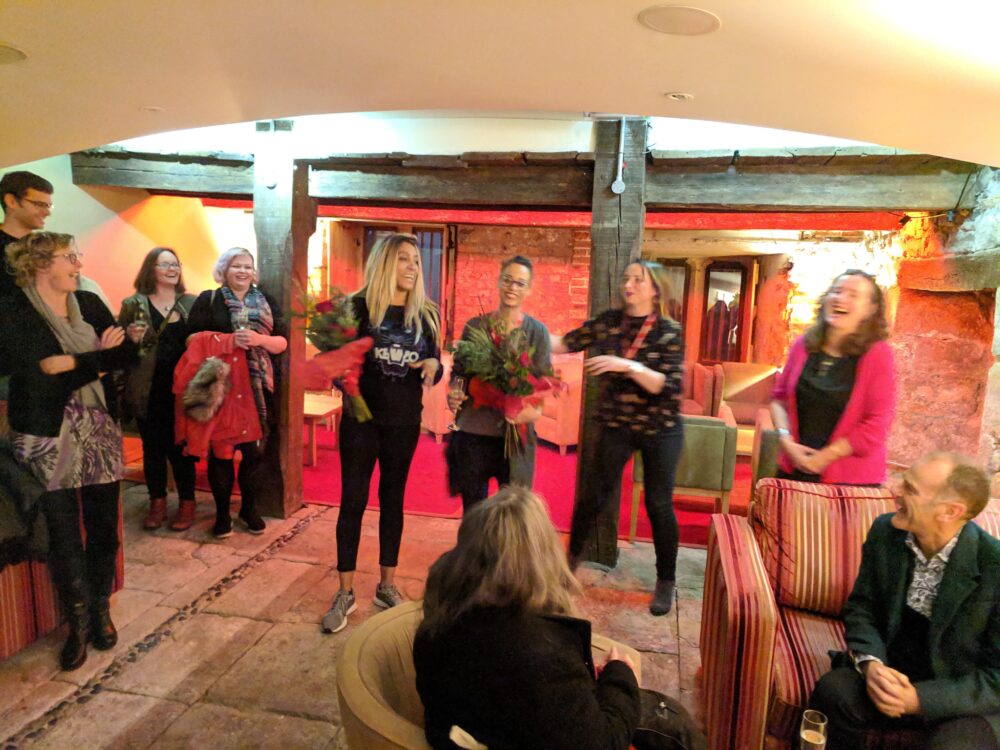 Afterwards in the bar, Cheryl said that working with Open Clasp Theatre Company had changed her life. Having seen the show I can well believe it, and so could the rest of the audience, who gave Cheryl and Abigail a much deserved standing ovation.

I’m really lucky to work with Open Clasp – their work has gone global, but their roots are still local and it shows in the work they make on stage and in the communities they work with.

A show like this isn’t easy to make; it takes time to build the kind of trust it takes to share such personal stories on stage, but director Laura Lindow, writer Catrina McHugh and the rest of the Open Clasp team take great care to make sure everyone’s voice is heard, and that the process is collaborative and supportive.

Tonight, don’t forget the birds opens at Battersea Arts Centre in London for the last leg of the tour. I’m taking my Mam to see it.

Back to articles
« What’s not to love about Ouseburn Open Studios?
Pantomime time at the People’s »
Share on
Share on