Shieldfield Art Works putting itself on the map

Who owns all those student accommodation blocks? David Whetstone previews an exhibition which can shed some light on the matter 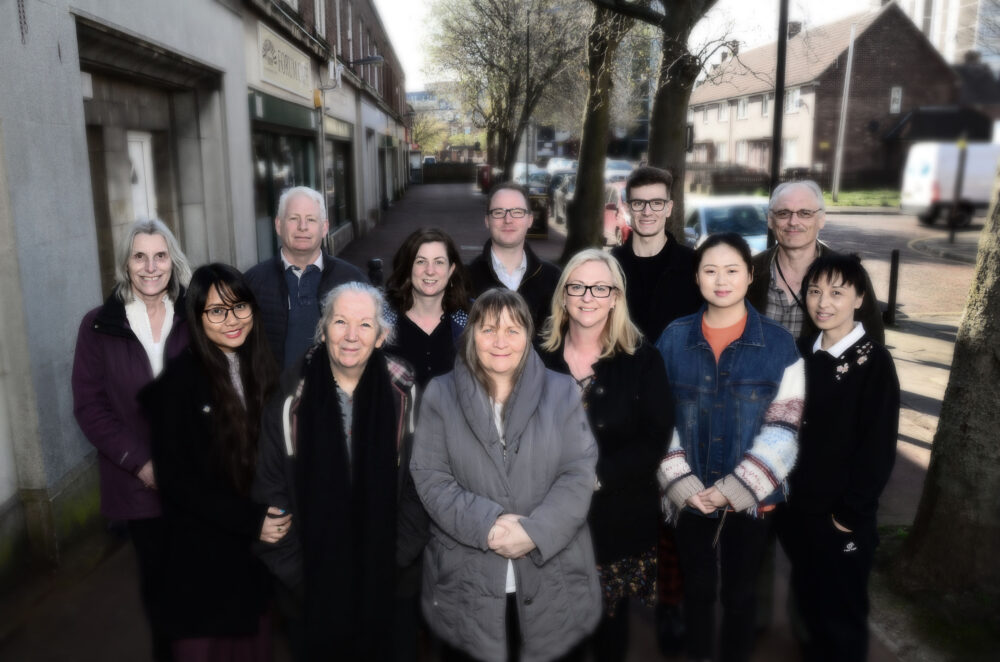 Student housing has been a contentious issue in Newcastle and no more so than in Shieldfield, close to the city centre, where the landscape has been changed dramatically.

In recent years a forest of shiny new accommodation blocks has sprouted up around the Shieldfield estate where most of the area’s long-term residents live. But who owns them?

The answer – and it’s not Shieldfield residents – is contained in an art installation called One Hundred and Thirty Million Pounds of Earth whose title reflects the total amount paid for all the various plots.

The installation is part of the first exhibition at Shieldfield Art Works (SAW for short) – a rebranding of what for the past nine years has been called Holy Biscuit, formerly the Methodist church on Clarence Street.

The artist-led team which runs SAW, led by director Alison Merritt Smith, say the area has lost many of its community spaces, including a social club, in the last few years.

With the rebranding comes a pledge to compensate for this by working more closely with the local community, “using art as a means of enquiry into the wider world”.

The land ownership enquiry is part of a project called Dwellbeing which was initiated in response to a 467% increase in student accommodation in Shieldfield between 2011 and 2015.

“It came out of conversations we started having with residents,” says Alison.

“People were feeling like they’d been invaded by students who do walk through the estate after a night out.

“We could see there was a problem with things like litter and noise but there were also deeper issues about who gets to decide what happens in Shieldfield.”

Dwellbeing consulted local planners who explained how the planning process works and how decisions are made.

Then five planning students, all studying for masters degrees at Newcastle University, were recruited to investigate the issue of ‘studentification’.

Julia Heslop, Dwellbeing artist and research fellow in architecture at Newcastle University, led on the installation which includes a wall map showing who owns 20 Shieldfield plots, when they were bought and for how much.

It reveals that 10 of the plots were bought by companies or funds registered offshore in Luxembourg or the Channel Islands.

“That didn’t surprise us at all,” says Julia.

“But what’s quite interesting is the amount of money tied up in each piece of land. Some sites seem to have been quite cheap to buy. It’s to do with the market at the time.

“Quite a huge amount of the money is offshore. The developer of each piece of land isn’t necessarily the owner, which is often an investment fund based in somewhere like Guernsey or Luxembourg.

“Often these funds will keep a building for a few years and then sell it on, dividing the profits among the fund holders.”

Ahead of the exhibition locals explored the history of Shieldfield and the various cycles of demolition and rebuilding.

Once, says Julia, there were 19 pubs but now there are none. The last of them, the Queen’s Arms, is now student flats. 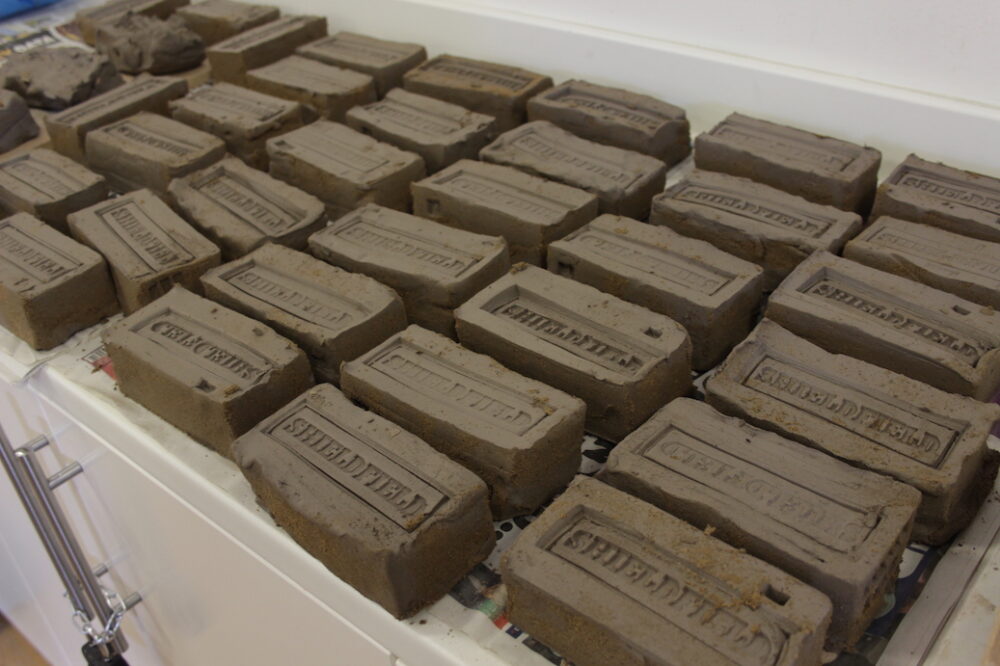 Because there was once a Shieldfield brickworks, some residents made bricks which feature in a 3D version of the map on the gallery floor.

With each brick representing £250,000, the most valuable sites are the most prominent. Biggest of all is Camden Court, on Camden Street, which was bought for more than £23m in 2011 and belongs to BAE Systems Pension Funds Trustees Ltd (Farnborough).

A snip by comparison was the site of The Shield, purchased for £1m in 2015 and owned by Property GP1 Ltd (Guernsey).

The students have also looked at the use of Section 106 agreements, the concessions that can be attached by councils to planning permission, obliging developers to do something to make a proposal more acceptable to the community.

In the view of Julia and her Dwellbeing colleagues, their map “lays bare the vast sums of money flowing through the neighbourhood” which “barely touches the estate”.

Alison says: “Shieldfield is small compared to Heaton, Jesmond and Byker and it has really been hemmed in by these developments. I think there’s a feeling of: what’s next to be built?”

The new exhibition also includes portraits of Shieldfield residents by photographer Phyllis Christopher and the results of film-making workshops where people were asked to devise a new soap opera called North EastEnders.

There is also another map by artist Mikey Tomkins imagining how Shieldfield could be improved if empty and redundant spaces were to be used as roof gardens or urban farms.

He will lead walks in the area (at 10am and 2pm on June 19 and 23) to show how his vision of a greener Shieldfield might become reality.

SAW, which is still primarily funded by the Methodist Church, is to be relaunched on Friday (June 7) by Nick Brown MP and with a celebration evening of music, food and readings from a new publication.

Back to articles
« Review: A Thousand Splendid Suns at Northern Stage
Lee Kyle: Kicking Potatoes into the Sea »
Share on
Share on