Our good friend David Whetstone has had a busy time, courtesy of Opera North’s week-long stay at Theatre Royal Newcastle. Here’s his review from a special double bill of Gianni Schicchi and The Rite of Spring. 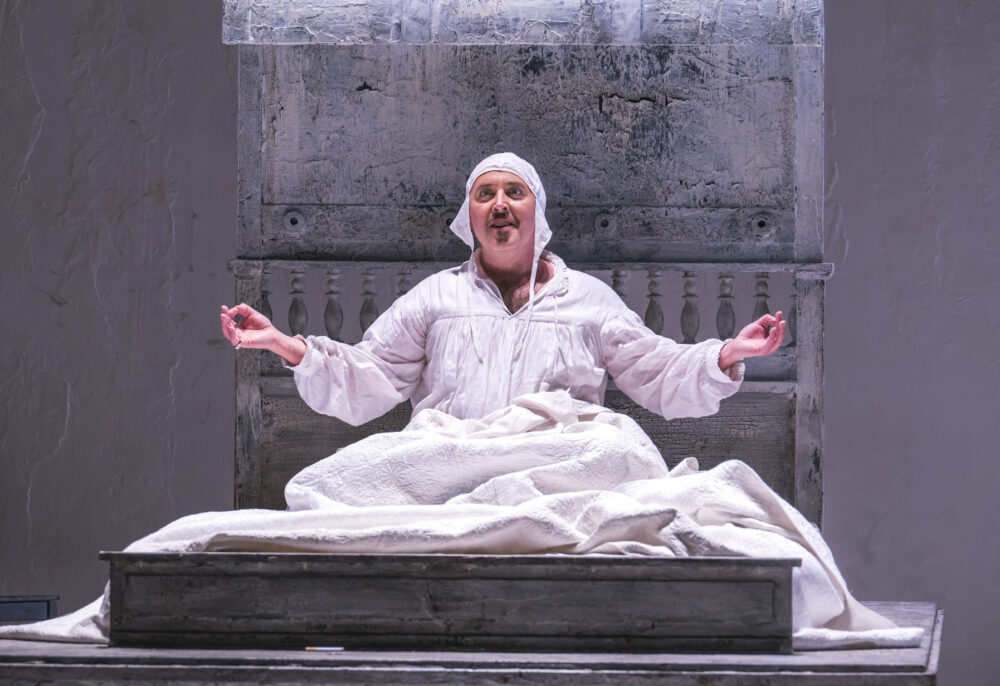 Now here’s a fun operatic fact: the beautiful aria which comes midway through Puccini’s Gianni Schicchi, O mio babbino caro (check YouTube if you think you don’t know it and you’ll find you do), was first performed by a lass from Middlesbrough who made her debut on Tyneside.

That was soprano Florence Easton whose first professional performance was in Newcastle in 1903 in Wagner’s Tannhauser (not sure which theatre – possibly this very one).

The ‘nightingale of South Bank’ was chosen by Puccini to perform Lauretta when Il trittico, his trio of mini-operas inspired by Dante’s The Divine Comedy – of which Gianni Schicchi proved the most popular – was premiered in New York in 1918.

In defiance of protocol, the then 36-year-old Miss Easton was dragged back on stage for an encore.

Possibly ever since, the short aria has been followed by a pause for applause – as happened here on Saturday after a pleasingly plaintive delivery by Armenian soprano Tereza Gevorgyan.

O mio babbino caro (Oh my dear daddy) is a bit of a fish out of water, a moment of tingling, transcendent beauty in a story of trickery and cynicism – which is, of course, uproariously funny. 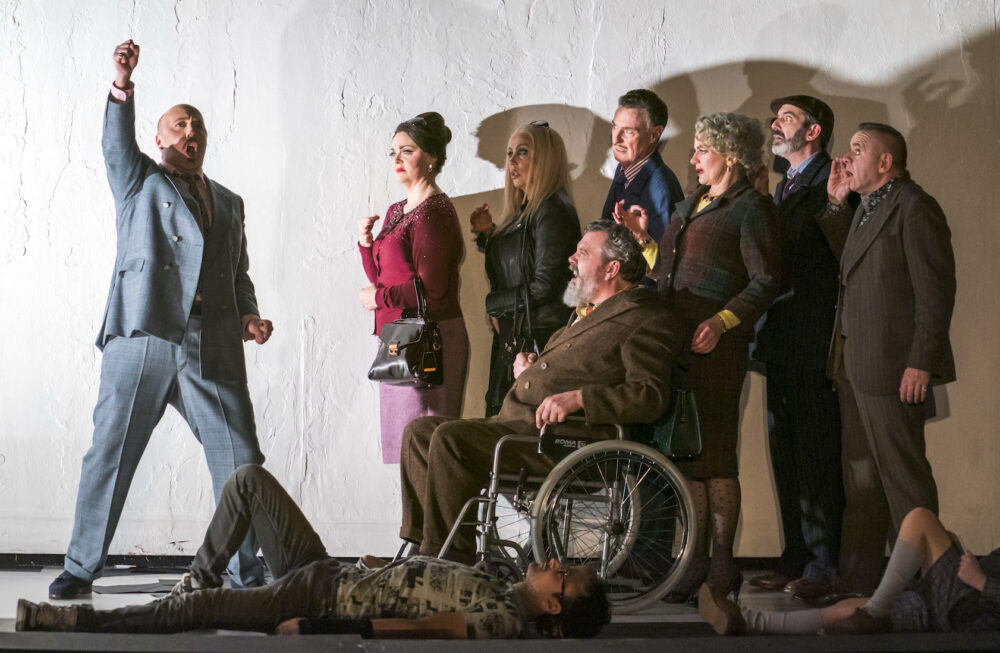 The story begins with the death of rich but unloved Buoso Donati – a non-singing role brilliantly performed here by dancer Prentice Whitlow – and the indignation of his relatives when they learn the monks are to be the only beneficiaries of the will.

Particularly upset are Rinuccio and Gianni Schicchi’s daughter, Lauretta, whose wish to marry depended on that money.

In swaggers Gianni Schicchi, a man with a cunning plan. He will disguise himself as an ailing Buoso and dictate a new will.

Enjoyment of Opera North’s production was enhanced by a wonderfully unlovely bunch of relatives, one of whom even delivered the coup de grace.

But Richard Burkhard’s twinkly Gianni Schicchi was a rogue you could root for and, on a set dominated by a giant four-poster bed and with a mule (not a real one) suspended overhead, everything turned out for the best.

Before the interval we were treated to a performance of The Rite of Spring, a landmark creation composed by Igor Stravinsky for Ballets Russe. 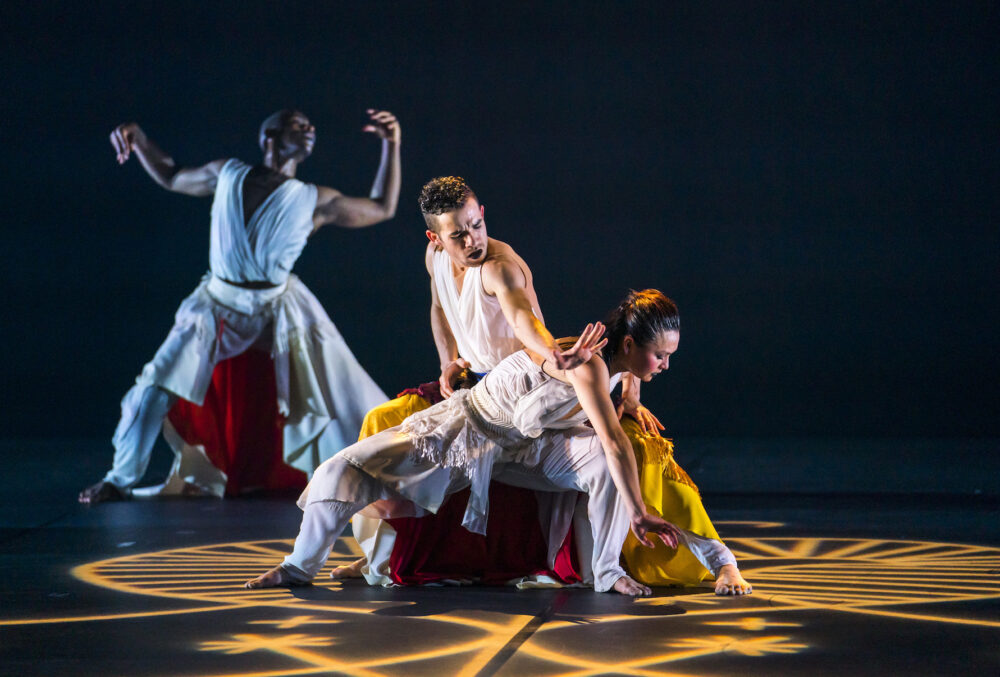 Opera North’s The Rite of Spring at Theatre Royal Newcastle

At the 1913 premiere in Paris its music and attendant moves proved too avant-garde for much of the audience and there was a near riot.

Clad in long white gowns, each with a flash of colour, the four men and four women gave physical form to the music from the pit. 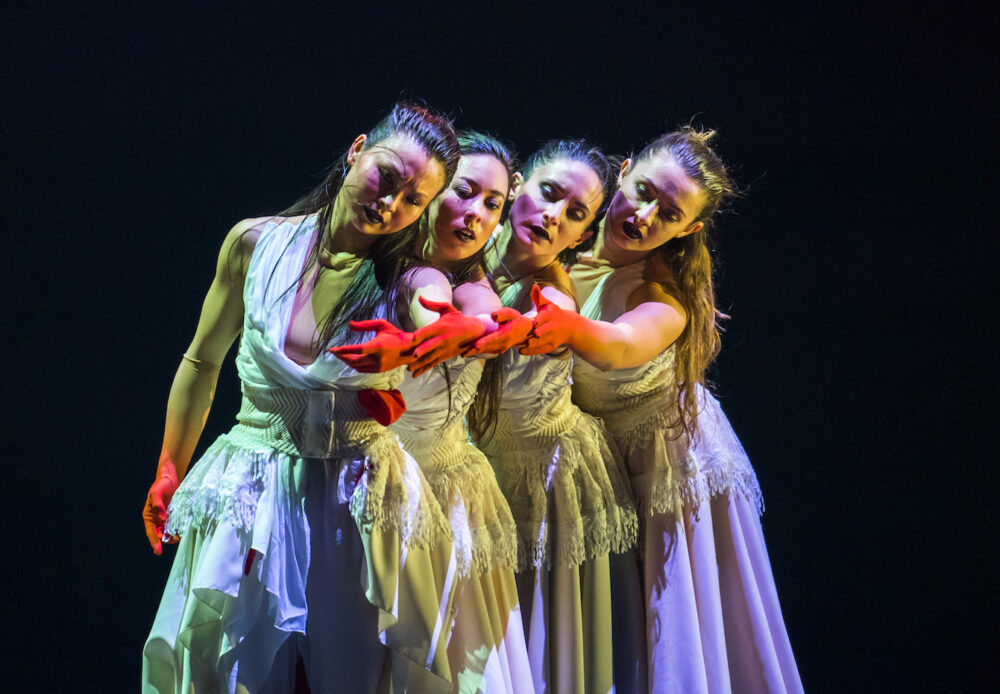 Opera North’s The Rite of Spring at Theatre Royal Newcastle

There in the theatrical underworld, and from the bassoon’s mysterious opening notes, the orchestra proved once again that it’s up there with the best.