Kathryn Williams used an intimate and gorgeous gig at Sage Gateshead to kick off a tour celebrating 20 years of making music. Michael Telfer loved it and will tell you why, right here. 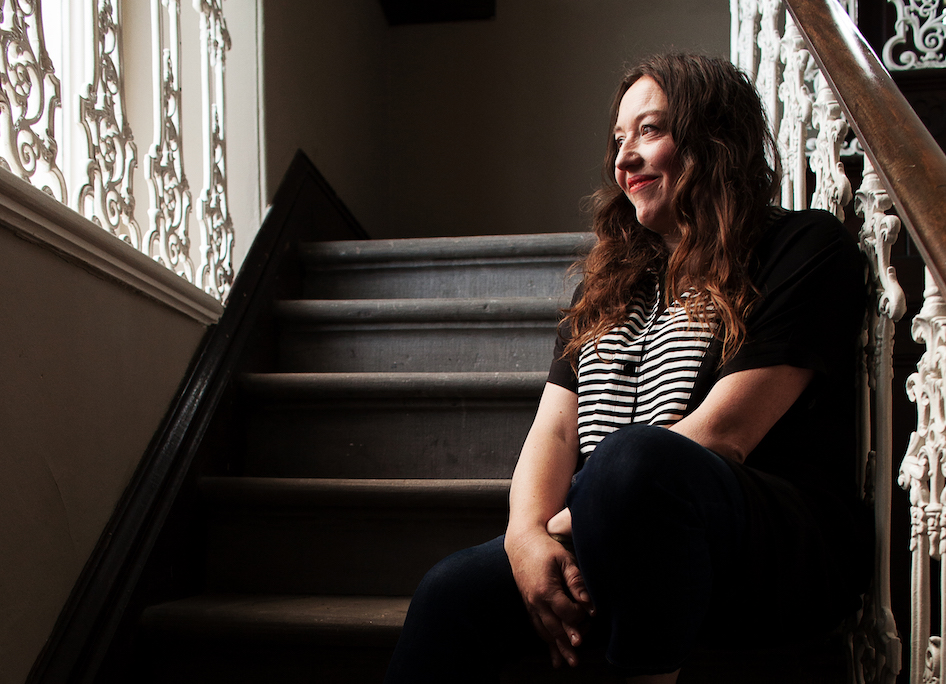 On Tuesday night in Hall 2 at Sage Gateshead I had the pleasure of attending the first show of Kathryn Williams’ national tour to mark the release of her epic, twenty-disc Anthology.

The weighty and beautifully presented tuneful tome covers her first 10 albums, and throws in a bonus CD for each LP with B-sides, demos, live recordings and other treats.

The live show sees Kathryn cherry-picking songs from each of her albums in chronological order, from 1999’s Dog Leap Stairs to 2015’s Hypoxia, via 2000’s Mercury Music Prize nominated Little Black Numbers which, as she told the crowd, is the only album some people think she ever made.

Each track is introduced with an anecdote or a memory, delivered in Williams’ unique storytelling style. Many of these end with the singer visibly cringing, such as when she recounts the time she advised Chris Martin to spend less making Coldplay albums if he ever wanted to make any money…

Collectively the telling of these snapshots act as an intriguing and heartwarming commentary on the career we’d all assembled to celebrate.

These interludes may well become more refined and polished as the tour continues, but I almost hope not.

A quick revision of the set list was required on Tuesday when it became clear the last six scheduled songs wouldn’t fit into the 12 minutes that remained of the allotted time; but I don’t think anybody minded –  even those like myself who rank 2010’s The Quickening as being among her best work and had to go home hungry.

As always Williams’ voice was enchanting throughout, with a richness and purity that at times almost sounds too good to be live, especially on the delicate and always wonderful, Flicker.

Kathryn was accompanied on stage by long-term collaborator Neill McColl on guitars and more and Jon Thorne on double bass. Support came from folk singer, George Boomsma who returned to play piano on several tracks during the main event, and was hilariously summoned back to the stage by the crowd shouting “George!” when the set list was truncated at the end.

In among all the warm and fuzzy retrospection there were a couple of extra treats in store.

At the halfway point Maximo Park’s Paul Smith joined Williams on stage for a lively rendition of Love Hurts, and for the finale the band scampered back on stage to cover Paul Simon’s American Tune.

I’ve always loved her cover choices, and her heartfelt version of Simon’s ode to an America in the midst of Nixon’s impeachment felt especially apt and poignant on Tuesday night.

Kathryn Williams: Anthology is out now on Little Indian.

Back to articles
« Interview: Newcastle actor gets himself into Deep Water
ARTIST ROOMS Roy Lichtenstein at the Hatton Gallery »
Share on
Share on