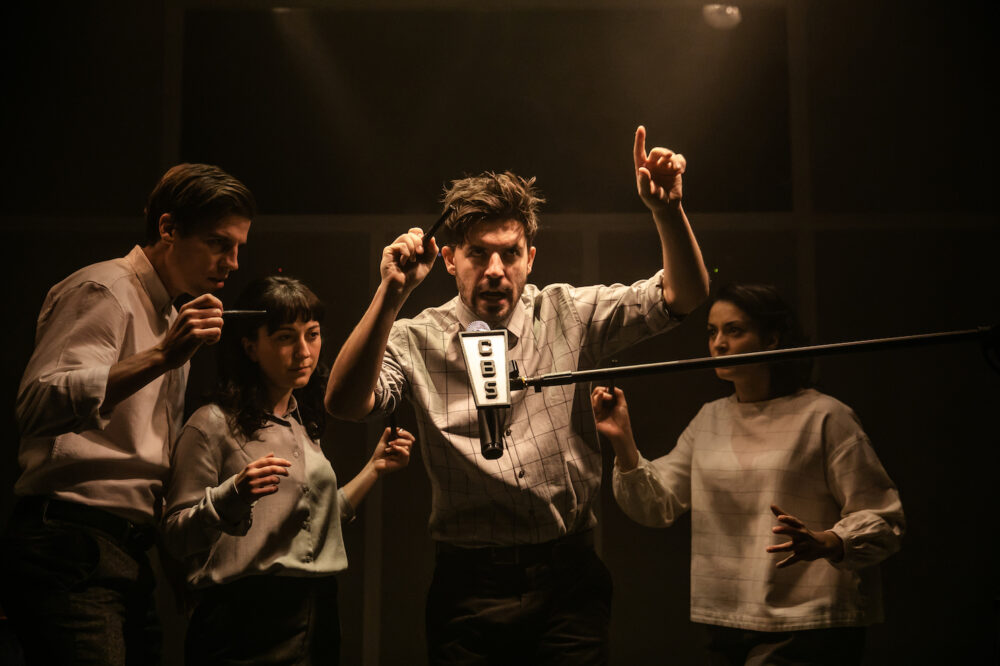 Northern Stage is 50, as you’ll see in the new spring brochure, or might have heard at the glitzy season launch (big screen, live music, cocktails, BBC Radio Newcastle’s Alfie Joey – what more do you want?).

The redbrick theatre opened in 1970, replacing the Flora Robson Playhouse in Jesmond Dene which was to be demolished.

Being on campus, the new theatre was called the University Theatre… but was renamed Newcastle Playhouse and later became Northern Stage, taking the name of the resident ensemble led by artistic director Alan Lyddiard

In 2006, after a £9m refurbishment, it reopened – as the theatre we know today – under Alan’s successor, Erica Whyman, who stayed for eight years before the Royal Shakespeare Company snapped her up.

The reins then passed to the man on stage at the launch, Lorne Campbell. But he, too, will soon be on the move, joining the National Theatre of Wales in Cardiff as artistic director.

He confessed to a mixture of sadness and excitement. “This job is remarkable. This is such a beautiful theatre and such a beautiful city and region to make theatre in. You do pinch yourself sometimes.”

Among the highlights of his seven-year tenure he cited productions of Catch-22 and Sting’s The Last Ship, and also the establishment of Young Company, the ensemble for aspiring 16-21-year-olds.

So, what of the last season bearing his stamp?

“Really we want to look at where we are now and towards the future and the big question of what comes next,” he said.

Hope was the overarching theme after a period of political turmoil, reflecting his belief in the possibility of a better world in which theatre could play its part. 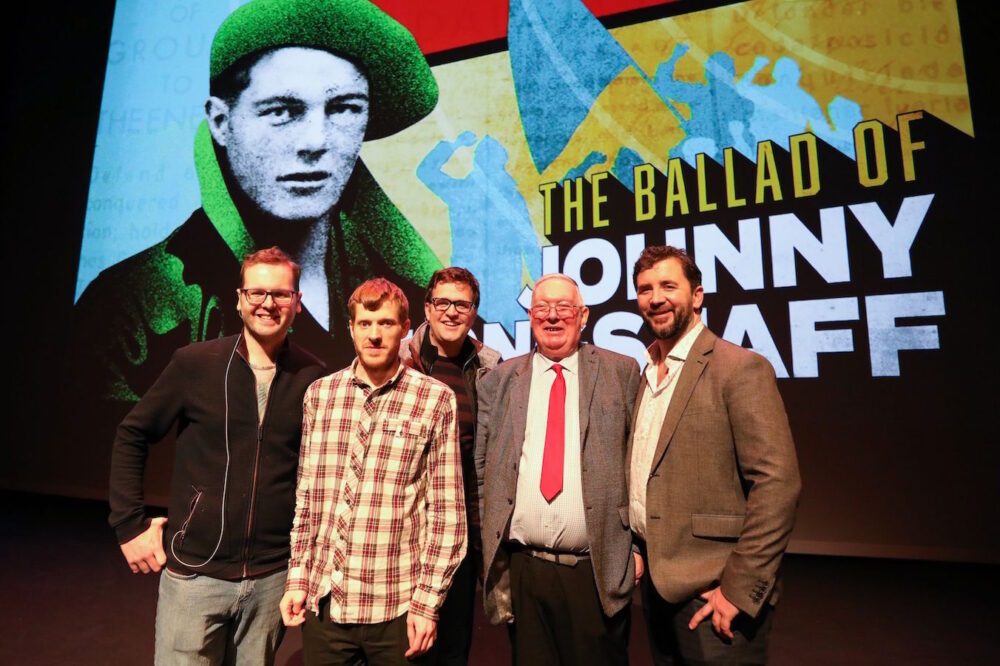 And with that, on came much acclaimed Stockton vocal harmony trio The Young’uns with a tantalising taste of The Ballad of Johnny Longstaff (Feb 4-22) which will be the last show Lorne directs here.

It’s a co-production also involving the Harbourfront Centre in Toronto.

Lorne, who visited the venue last year with The Last Ship, explained: “The artistic director came to see the show and said, ‘You must know The Young’uns. They’re this amazing band from Stockton.’ I said, ‘No’.”

The Canadian had heard their album The Ballad of Johnny Longstaff and suggested: “There must be a way of making a theatrical performance.”

One of The Young’uns, who are Sean Cooney, David Eagle and Michael Hughes, recalled being approached by a man after a gig in Somerset who showed them a 1930s snap of a teenager with a cheeky grin.

He explained that as a young activist in the 1930s Johnny had gone on hunger marches, fought Oswald Mosley’s ‘blackshirts’, taken up arms for the Republicans in the Spanish Civil War and done his bit against Hitler.

Mr Longstaff had suggested a song might be written about him. Instead came enough songs for an album and now this show featuring The Young’uns, bolstered by new material and “stunning” animation.

Intriguing but possibly dubious insight is offered into the life of Stan Laurel by The Strange Tale of Charlie Chaplin and Stan Laurel (Feb 11-15), recalling an early encounter between the budding stars when Stan was Charlie’s understudy.

Billed as “a hilarious homage”, it is the latest from theatre company Told by an Idiot and features a piano score performed live each night by Mercury Award-nominated Zoe Rahman. Warning for pedants and historians: it “plays fast and loose with the facts”.

Suddenly, there on screen was Boris Johnson – only it wasn’t. It was Will Barton who plays the PM in The Last Temptation of Boris Johnson (Feb 18-22).

Jonathan Maitland’s comedy is on tour after a successful London run and here was Barton, beneath a Boris-style thatch, delivering a message specially tailored to a Geordie audience – “better than Scousers, phwah!”

The play, with a script to be updated on the hoof, is set in 2016 and 2029 – pre- and post-Brexit – and features the spirits of Prime Ministers past. 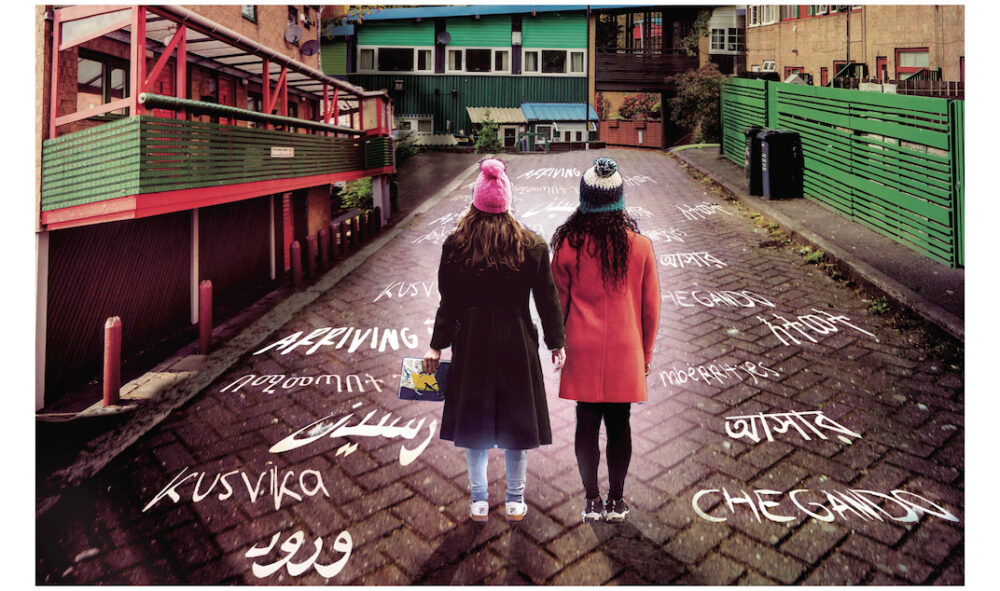 “It’s a story about a girl who disappears and it’s set in Byker in a struggling library and among all the people who use it,” she said.

“People come to Byker from all over the world, from countries such as Sudan, Syria and Angola.”

Two pals, a friendly librarian, the idea of a library as sanctuary and “the power of books and stories” are all part of the mix.

Actors with refugee backgrounds will perform the play, a co-production with Northern Stage and Derby Theatre.

The Talented Mr Ripley (March 4-7) comes to Northern Stage in an adaptation by Mark Leipacher, founder of London-based theatre company The Faction.

It’s a revival of the 2015 production of Patricia Highsmith’s psychological thriller that Time Out called “a dark, exciting journey through one man’s murderous mind”. 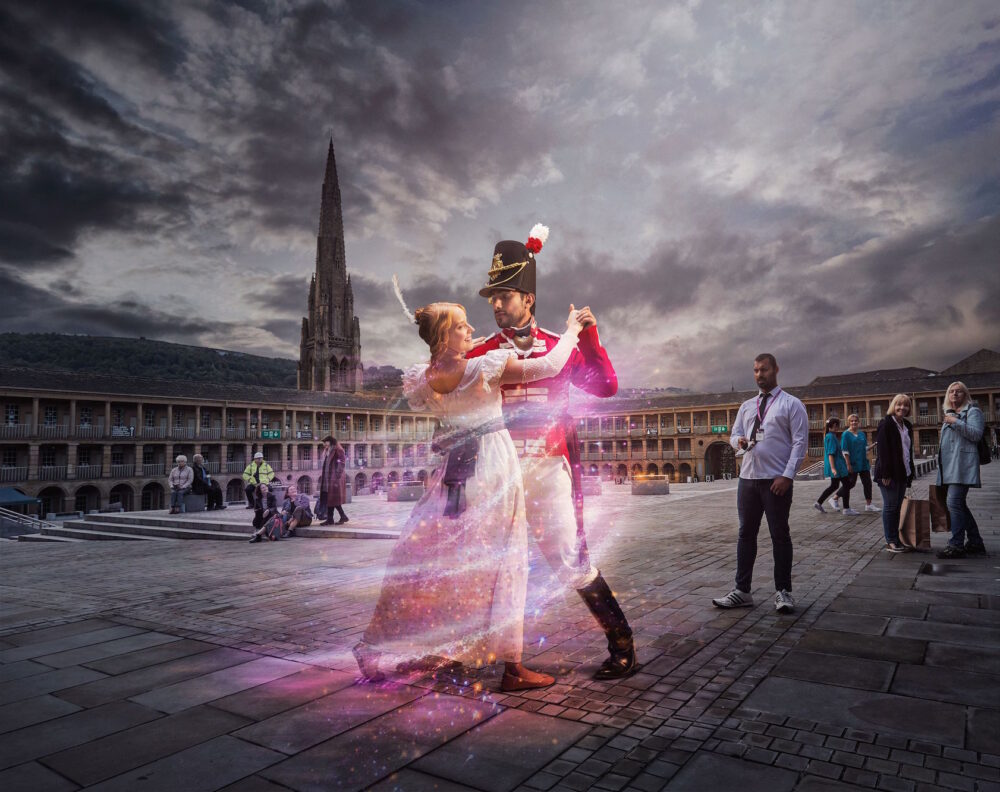 It tells of Phoebe Throssel who runs a school with her sister but yearns for young Captain Valentine who went off to fight Napoleon. When he returns 10 years later, she invents an alter ego to rekindle his affections.

The show was a pre-war hit but its fame has been eclipsed by the chocolates named after it. Northern Broadsides and new boss Laurie Sansom have set this rare revival in Yorkshire.

Faustus: That Damned Woman (March 31 – April 4) is a new play by Chris Bush inspired by the myth of Faust who sold his soul to the devil.

This time the main character is a 17th Century woman, Johanna Faustus (played by Jodie McNee), who deals with the devil in a bid to determine her own destiny.

It’s the latest from Headlong Theatre and recently premiered at the Lyric Theatre, Hammersmith.

Kathy Burke and Scott Graham co-directed I Think We Are Alone (April 21-25), a play by Sally Abbott whose writing credits include Vera on ITV.

The latest from highly regarded Frantic Assembly, it is billed as “a delicate and uplifting play about our fragility, resilience and need for love and forgiveness”.

Shandyland (May 12-23), by Gareth Farr, got a good response at the launch. 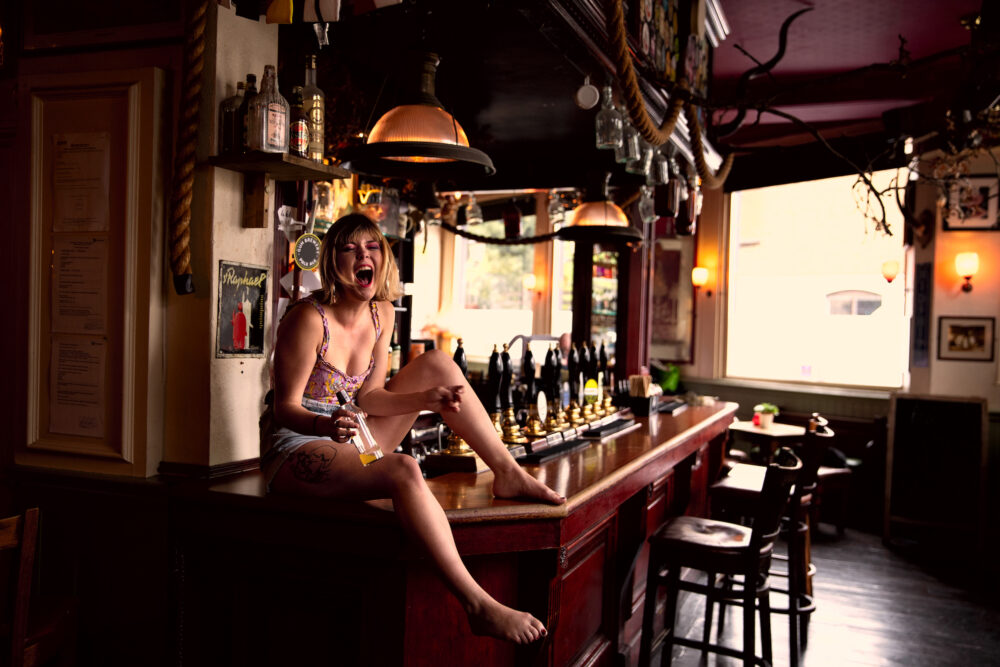 The Northern Stage co-production introduces Amy, born in a boozer, and it spans 20 years, telling the story “of life, love, death and drink at the heart of a small, northern, family-run pub”.
Director Hannah Banister said around 27 pubs a week are closing, effectively shutting down conversation for many people.

Fast forward to June (16-20) and The War of the Worlds is back at Northern Stage, but this telling from Rhum and Clay Theatre Company was inspired not only by the HG Wells story but by Orson Welles’ famous news bulletin-style adaptation which panicked Americans in 1938.

And even further ahead, Red Ellen (Sept 17 – Oct 3) is a new play by Caroline Bird telling of Ellen Wilkinson, the firebrand MP for Jarrow who walked with the Jarrow marchers. It will premiere at Northern Stage before touring.

Lorne said he’d had her marked down for several years as ripe for a play.

And the Christmas show? There was laughter when director Mark Calvert was robbed of the chance to deliver the exclusive by the screen above his head. It’s to be The Sorcerer’s Apprentice (opening on November 28) in a version by Laura Lindow.

It’s a good-looking season. Lorne, who said ticket sales had been on the up, can leave on a high.

Back to articles
« Star and Shadow weekender to put innovative artist in the spotlight
Lift off! The Life Science Centre’s new Space Zone opens in Newcastle »
Share on
Share on

A masterclass which hits all the right notes