A concert scheduled for Sage Gateshead has been postponed. But the work will still be heard by anyone who wants to listen this Sunday. David Whetstone explains. 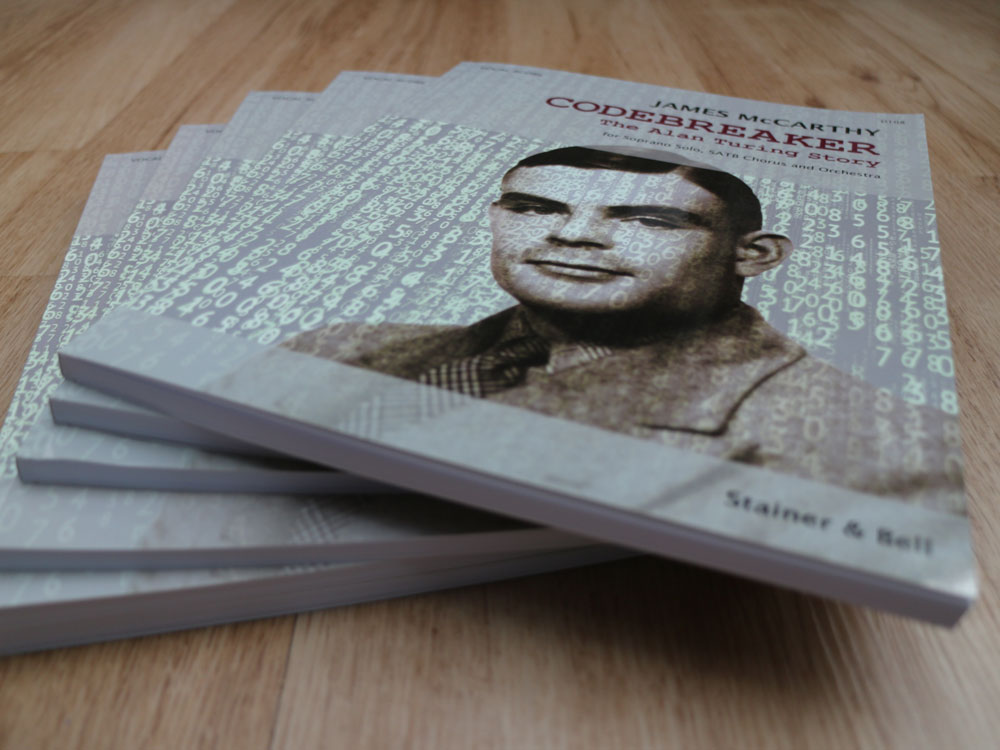 Codebreaker will be performed online by Newcastle Choral Society

A good choir will not be silenced even by a pandemic, which is why a concert by Newcastle Choral Society and Hertfordshire Chorus is on after all.

That it is on YouTube – or will be come tomorrow (Sunday, May 3) – is due to determination and the connective technology so many people are now having to get to grips with.

And you can’t help feeling that Alan Turing, belatedly celebrated codebreaking hero of World War Two, would have been intrigued.

Why Turing? Because he is the subject of Codebreaker, the choral tribute by James McCarthy that was commissioned by Hertfordshire Chorus and premiered in London in 2014.

In the audience that day was the actor Benedict Cumberbatch who played Turing in the film The Imitation Game.

Afterwards (as you can see on the composer’s website) he was fulsome in his praise, declaring: “I gripped the side of my seat trying not to weep – and failed.”

He went on to describe the piece as “a harmonising communion with the spirit of a beautiful man – a man punished, in spite of his importance to all of us as a war hero, codebreaker and the father of modern computer science, for being alive in an intolerant time.

“This is a wonderful personal tribute and unique perspective on an extraordinary man and his tragic story.”

Turing, who was gay, was convicted of ‘gross indecency’ in 1952 and opted for chemical castration rather than imprisonment. Two years later he was found dead, aged 41. The coroner’s verdict: suicide.

From a modern perspective, the treatment meted out to Turing seems horrific and his posthumous pardon in 2014 fully justified.

Codebreaker has since been released by Signum Classics, garnering what really were rave reviews.

The relationship between Hertfordshire Chorus and Newcastle Choral Society goes back quite a long way. David Temple, conductor of the former, which he has led to great things, was born in Newcastle.

Their latest joint concert was to have been staged at Sage Gateshead on Sunday, May 3. It was to have featured Codebreaker, being performed in the North East for the first time, and Vaughan Williams’ A Sea Symphony.

That concert has now been postponed until May 16 next year at 3pm.

But filling the void this Sunday is something else, something born of these times when the ingenuity of artists and performers of all kinds is being tested by social distancing measures. 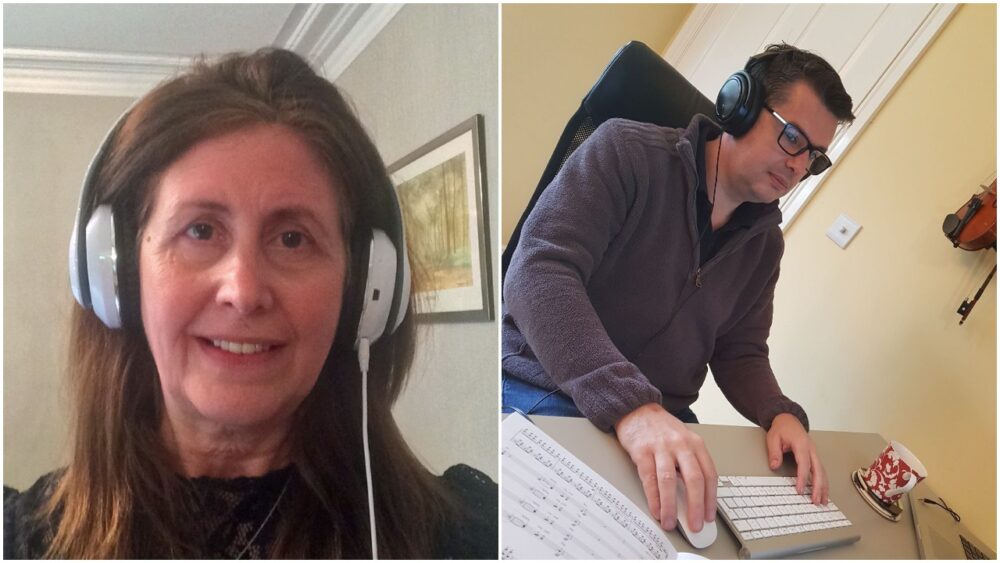 It was Newcastle Choral Society musical director Mark Anyan who challenged the choirs to create a virtual performance.

With the blessing of James McCarthy and music publisher Stainer and Bell Ltd, the singers worked in isolation at home with headphones and scores.

Each sang and recorded his or her part and North East pianist David Murray recorded the piano accompaniment.

Regular sessions on Zoom, the online conferencing tool which many are now becoming acquainted with, kept both choirs in touch.

Charmian Marshall, chair of the Newcastle choir, reports “much angst and hilarity” initially at a sound which someone likened to a feral cat.

Mark Anyan, she says, has “performed miracles” in amalgamating the contributions of 55 singers.

These have been incorporated into a video made by choir member Julia Toni which also touches on Alan Turing’s life and the contribution of NHS and other front line staff to combat the effects of Covid-19.

“In just five weeks,” says Charmian, “in our own small way we have turned the tide of gloom and worry of isolation into a positive experience which we will remember with pride.”

Feral cats, hopefully, will be far from everyone’s thoughts this weekend.

The video will be launched on YouTube at 3pm on Sunday when the concert would have taken place. A second choir video will be released at 3pm on May 8 as part of the 75th anniversary of VE Day.

In the meantime, you can see this introduction to James McCarthy’s Codebreaker here.

Back to articles
« In My House is a lockdown anthem to get down to
Theatre: New stories finding ways to be told »
Share on
Share on