Under Milk Wood at Northern Stage

Here’s another reminder of the brilliance of Dylan Thomas who soused his talent in alcohol (dying aged 39) but could produce such rich work as this “play for voices” set in the insular Welsh village of Llareggub (say it backwards to get a sense of the mischief afoot). 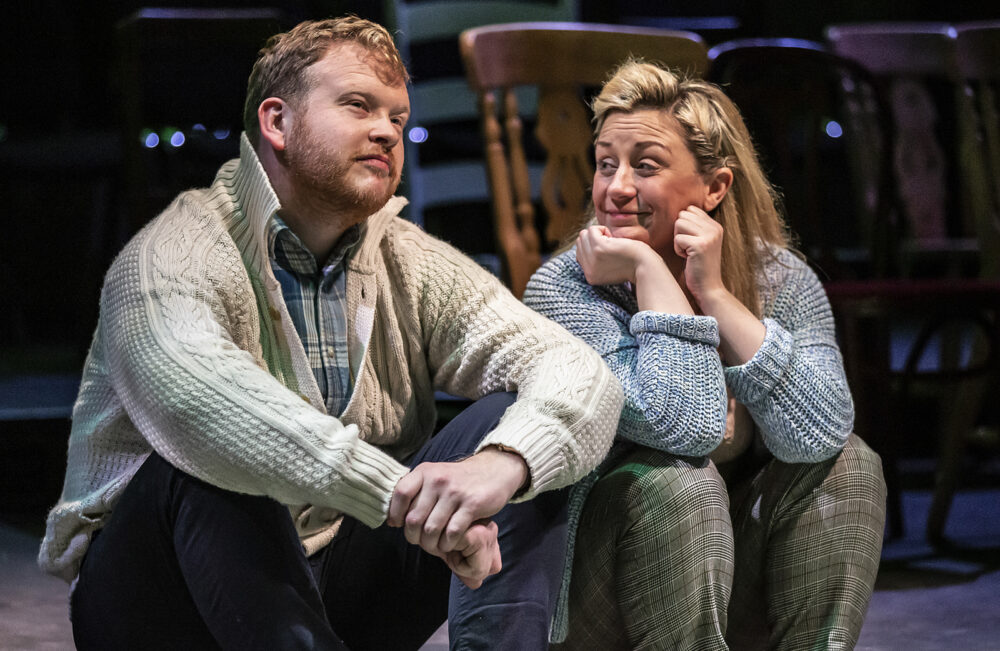 Conceived as a radio play, when the radio, newspapers and pub were what constituted social media, Under Milk Wood is a sharp and funny account of the colourful characters who inhabit this village located beside the sea and in the poet’s fertile imagination.

As she did in her wonderful production of The War of the Worlds, director Elayce Ismail has relocated the tale to the rural North East.

Gone are the lilting Welsh accents which Thomas clearly had in mind for his alliterative, image-laden lines. The revelations and observations come across more rat-a-tat in this production but the ear adjusts. 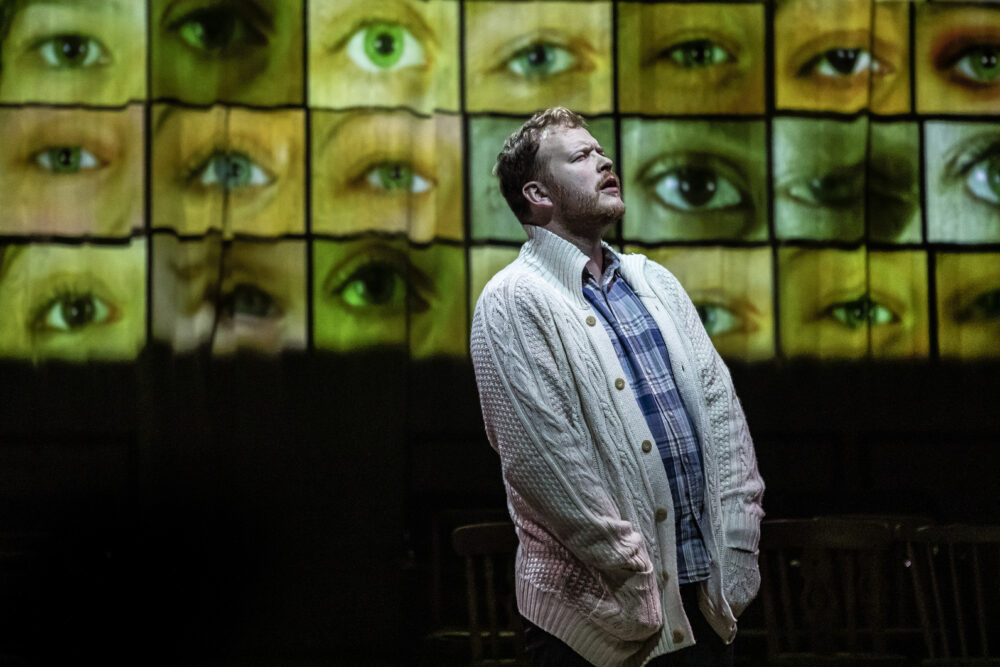 Nothing whatever should be said to detract from the performances of Christina Berriman Dawson and David Kirkbride who bring to life more than 40 vivid characters as another day gently unfolds in Llareggub.

Their word-perfect delivery of a text laden with tongue-twisters is truly impressive – especially since they are shared between so many wildly disparate characters, from the lovelorn and wistful to the drunk, the deluded and the borderline deranged. A tour de force!

The audience sits not ‘in the round’ but in a square. Once again the director deploys sound brilliantly (credit also to Richard Hammarton who concocted the aural experience). The actors’ voices get a rest when radio or record player takes over with recorded utterances. 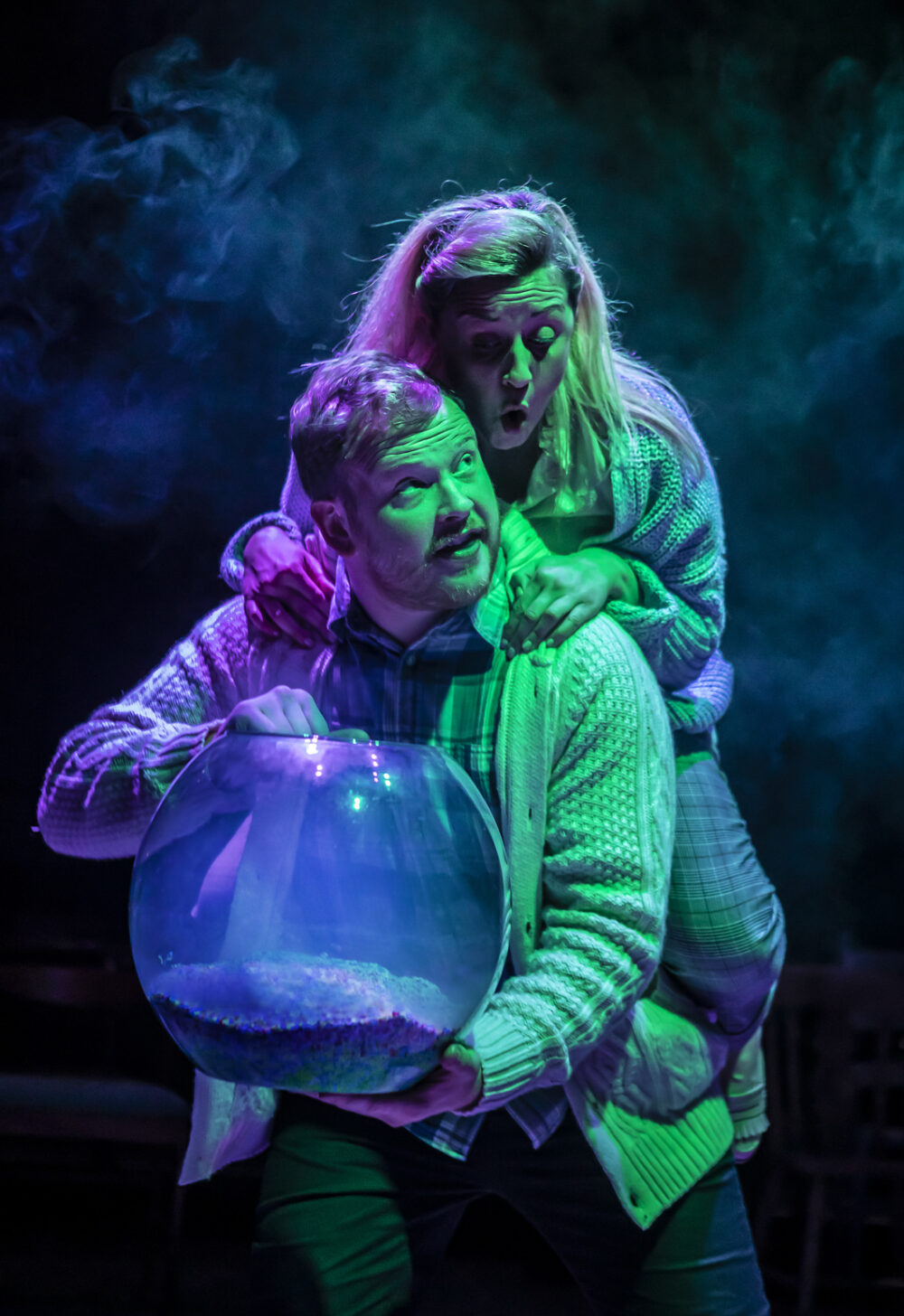 There are no costume changes but on facing screens are projected landscapes, dreamscapes (maggots – eurgh!) and even, on one occasion, banked rows of eyes, most blinking but some unnervingly steady. Llareggub is a community where little goes unnoticed.

The actors work hard, darting about as characters change and moods swing. Here’s meek Mr Pugh with murder on his mind and there are Organ Morgan, the organist, Cherry Owen, the cheery drunk, and blind Captain Cat, haunted in his sleep by the ghosts of lost shipmates and his late lover, Rosie Probert.

And here, too, are the bigamist baker, Mr Dai Bread, and his wives, Mrs Dai Bread One and Mrs Dai Bread Two, twice widowed Mrs Ogmore-Pritchard and her phantom husbands, Mr Ogmore and Mr Pritchard, and 17-year-old Mae Rose Cottage who yearns for love and more. 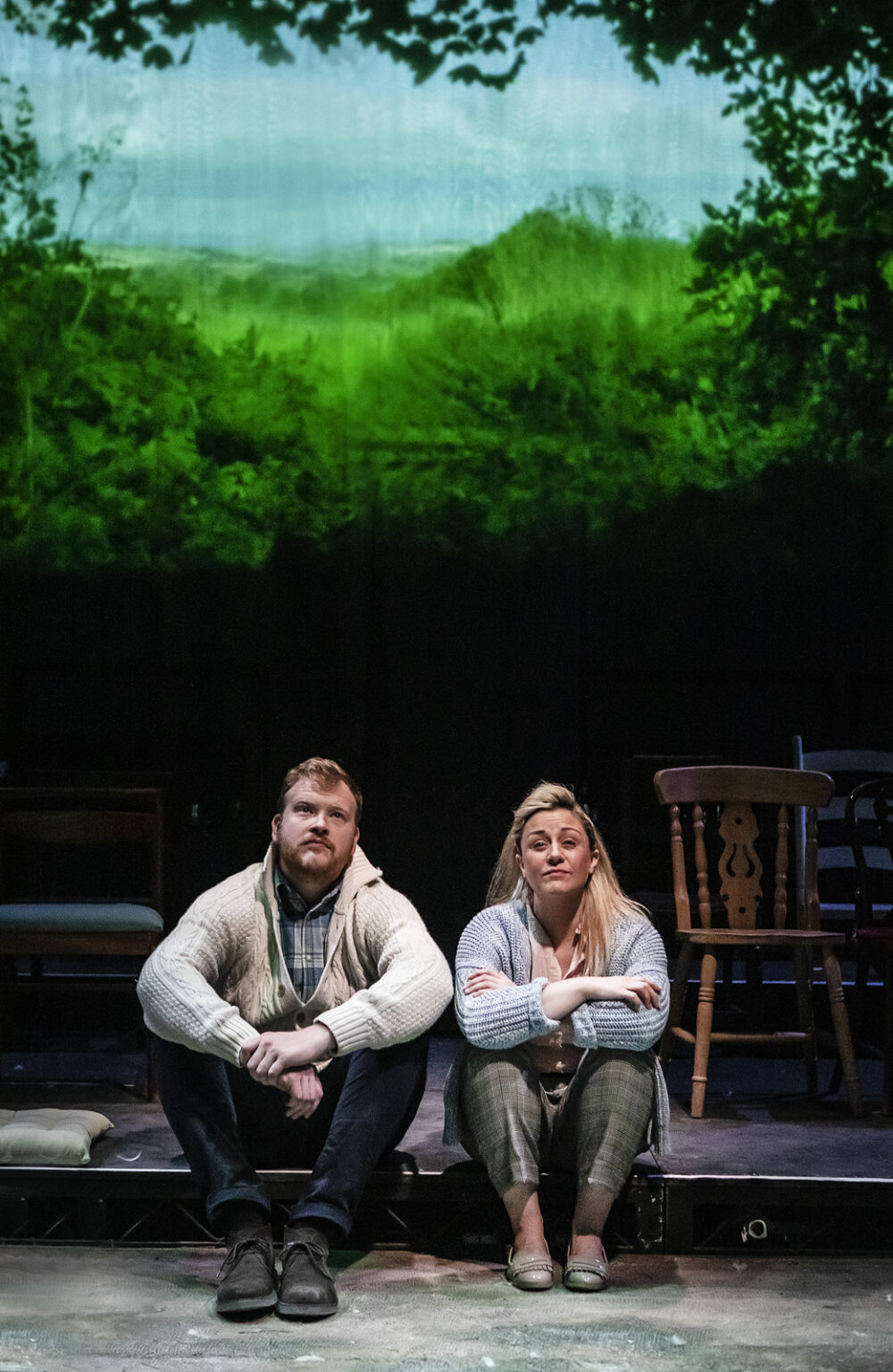 These and many more constitute a teeming multitude of human life.

It’s 90 minutes, straight through. That’s barely enough time to become acquainted with these vivid souls from under Milk Wood – and it flies by.

The Welsh in me (a grandmother from Risca) missed the linguistic sing-song of Swansea-born Thomas’s native tongue but this is a treat nonetheless. It runs until November 17 in the smaller Stage 2 theatre at Northern Stage and it’s a sell-out.

But like The War of the Worlds, it merits a second run. Keep an eye on www.northernstage.co.uk for any future plans.

Under Milk Wood plays Northern Stage in Newcastle until November 17. Buy tickets from the box office in person, online or by calling 0191 230 5151.