What happens when someone is pushed to the breaking point, and then pushed a bit further? Sam Wonfor previews a new play at Alphabetti Theatre which is exploring a particularly dark theory. 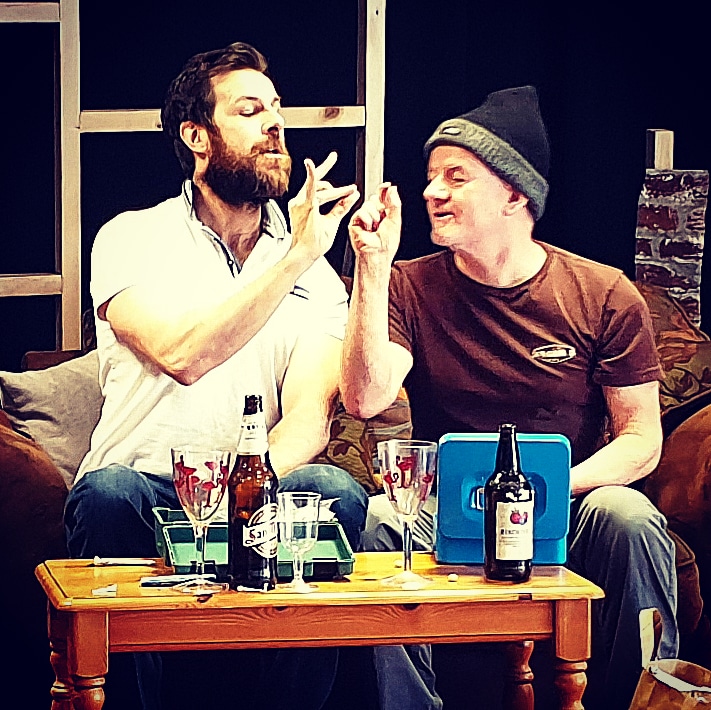 Floorboards is a new play at Alphabetti Theatre in Newcastle. Micky Cochrane (left) and Malcolm Shields

The experience of thinking something, but then thinking better of saying it out loud is one most of us can relate to.

As my brilliant Grandad used to say: Why upset the apple cart when you can just smile and put the kettle on?

And while that might be top drawer advice for getting through an extended family gathering without the emergency services, bottling frustrations up indefinitely is a whole other story… which brings us to the heart of Floorboards, a new play opening at Newcastle’s Alphabetti Theatre on Tuesday.

Written by and starring Steve Byron and directed by Katy Weir, this co-production between The Worriers and OddManOut promises to be a comedy cloaked in darkness – following the journey of someone being driven to breaking point and beyond. All from the confines of a Tyneside flat.

The play tells the story of James, a kind and quiet soul who offered a spare room to old school friend Nellist for one night. Two years later and Nellist is still there, bringing his ever-chaotic and often downright dangerous life to James’ door.

While James is desperate to get back to the quiet life he once enjoyed, Nellist is just as determined that he’s going nowhere.

Now, I don’t know about you, but I’m getting the distinct feeling that there’s trouble afoot.

“Yeah, it’s safe to say James is not in a good place,” says Steve, who took on the role, after being convinced by Katy that he was made for it. “The first half sees him being pushed over the edge. The second half sees him dealing with the fallout. 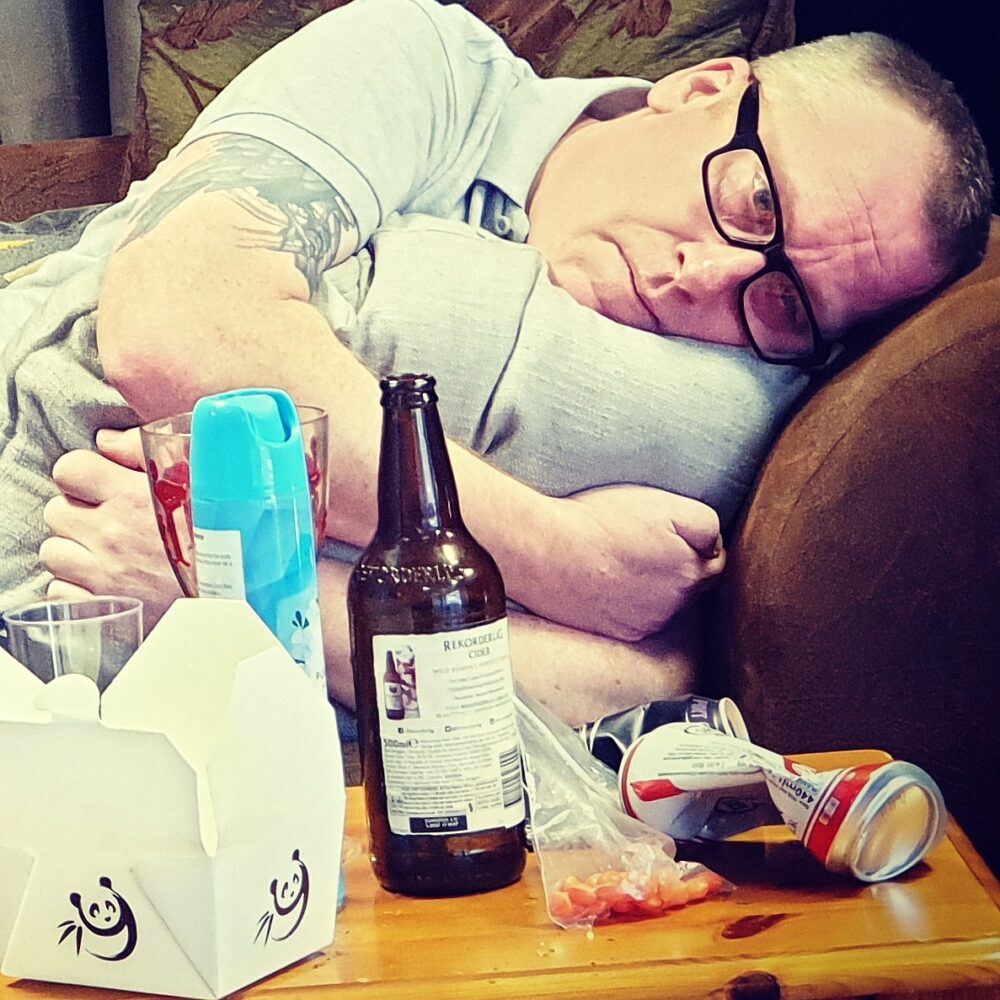 “I’m a big fan of horror stories and always have been since I was little.” he continues. “I loved the work of Edgar Allan Poe and one of my favourite stories of his was The Tell-Tale Heart, which is about guilt and death and murder. I liked that.

“So we now have a gothic horror set in a Tyneside flat.”

Happily ever after seems unlikely… though I’m being careful not to dig too deep for detail for fear of accidental spoilings.

Although certainly a spanking new play, Steve – who recently won acclaim for roles in When The Boat Comes In at the Customs House and Bacon Knees and Sausage Fingers at Alphabetti – has been kicking around the idea for Floorboards for the best part of a decade.

Four years ago, he was able to finish the play, thanks to a year-long mentoring programme with Selma Dimitrijevic from Newcastle-based theatre company Greyscale.

“So it was done, and it was there,” he says, “but then it just sat waiting for the right person to come along and make it happen. And we have that in Katy.”

Having worked with Steve on previous projects – When The Boat Comes In being a case in point – OddManOut’s Katy was keen to hear more about the play – and once she read it, she was sure she wanted to be involved. 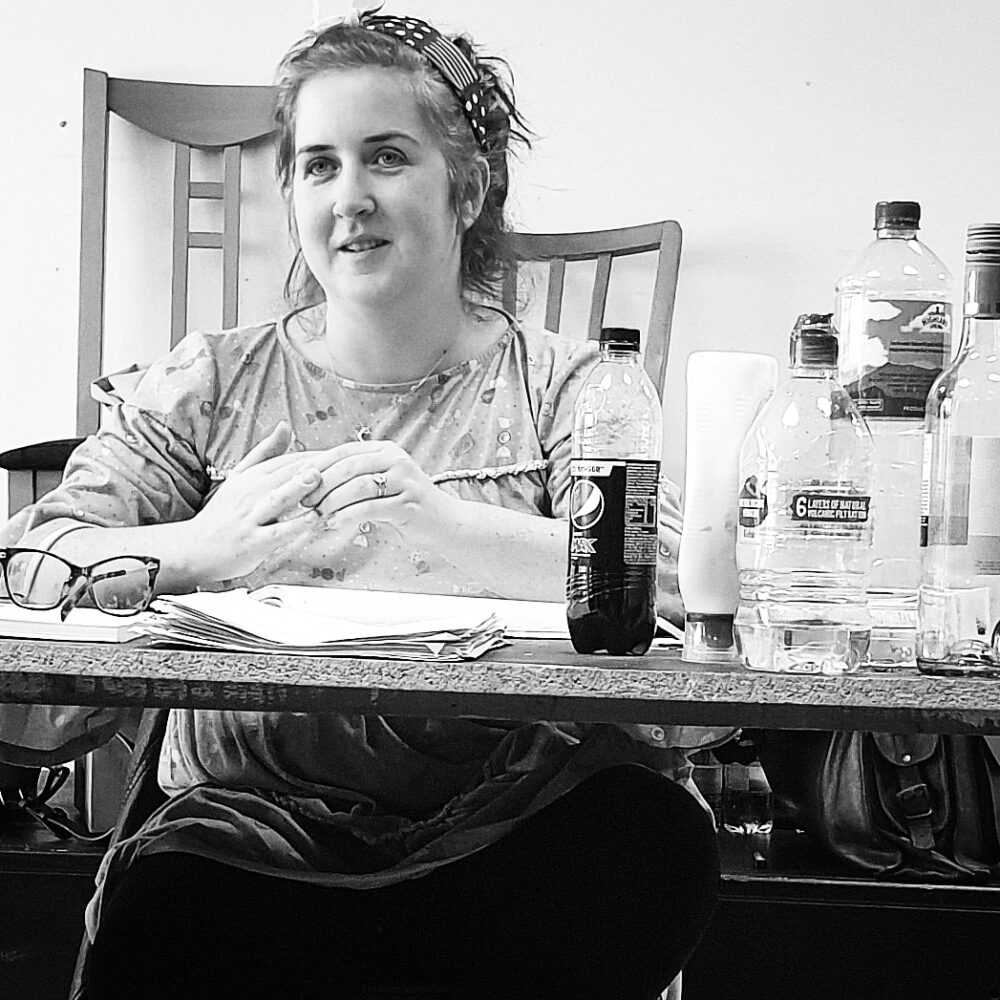 Katy Weir, the ‘force of nature’ behind Floorboards

“Katy is a force of nature – if she wants something to happen, it tends to happen very quickly,” laughs Steve. “So here we are in rehearsals ahead of a two-week run.”

Meanwhile Katy couldn’t be happier to be bringing Steve’s words to life on stage.

She says: “When I read Steve’s writing, it’s just like hearing people talking. There’s a real skill in being able to write like that.

“And I loved the story. That notion of sometimes just wanting to say something out loud, but you don’t. And you don’t again. There was a real sense of theatricality about it.

“It has such a heart. And you really care about the characters he’s created. You can connect to all of them even if they’re doing things you would never think of doing.

“There’s something really grounded and earthy about it. I think people are going to love it.” 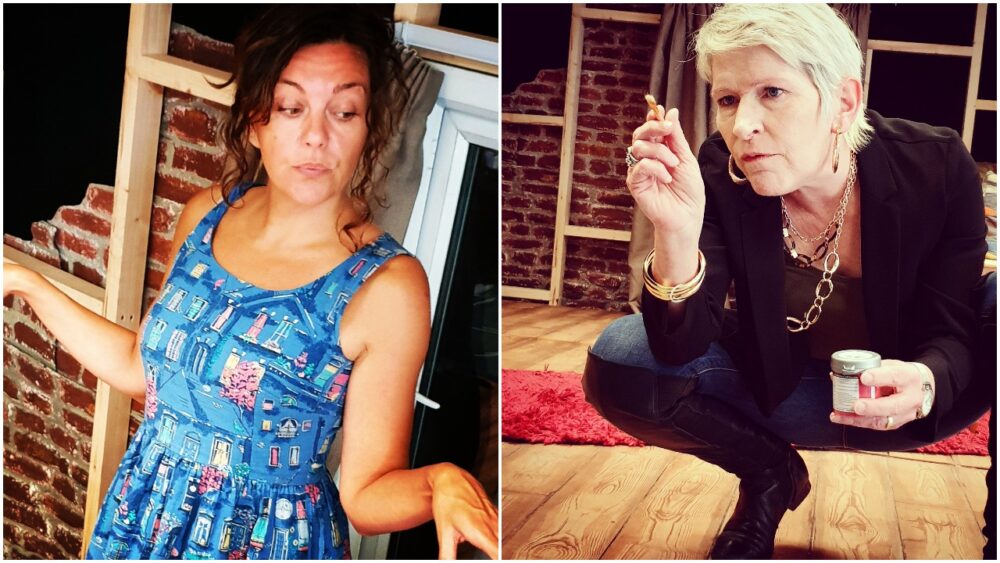 “I couldn’t be happier,” says Steve. “This amazing group of actors bringing so much to the characters I created. I’m watching rehearsals with such a big smile on my face… when I’m not getting kicked all over, that is.”

I think we’ll leave it there before the spoilers start to spill.

Floorboards is at Alphabetti Theatre from May 7 to 18 (no shows on May 12 and 13). For tickets – which are Pay What You Feel, but should be booked – visit www.alphabettitheatre.co.uk.