Time for Books on Tyne

Books show no sign of losing their appeal in this digital age and nor do book festivals. David Whetstone looks at some of the attractions of the ninth annual Books on Tyne.

This year’s Books on Tyne festival is the biggest yet

The brochures have been around for a long time but now it’s upon us: Books on Tyne, the ninth annual Newcastle book festival.

It’s a partnership between the Lit & Phil and Newcastle Libraries with the events shared between the former, with its aura of times past, and the glassily modern Newcastle City Library.

Together they’re promising the biggest festival yet. There’s certainly a lot going on – something for all tastes, I’d say, and a pleasing mix of home-grown and visiting talent.

Importantly, it’s very reasonably priced. Admission to many events is a fraction of the price of a paperback and plenty of others (check out the event by that Cullercoats institution, IRON Press, at the Lit & Phil on Monday, Nov 25) are free.

A list of highlights is bound to be personal but I’d be spoilt for choice on day one, which is this coming Saturday (November 23). 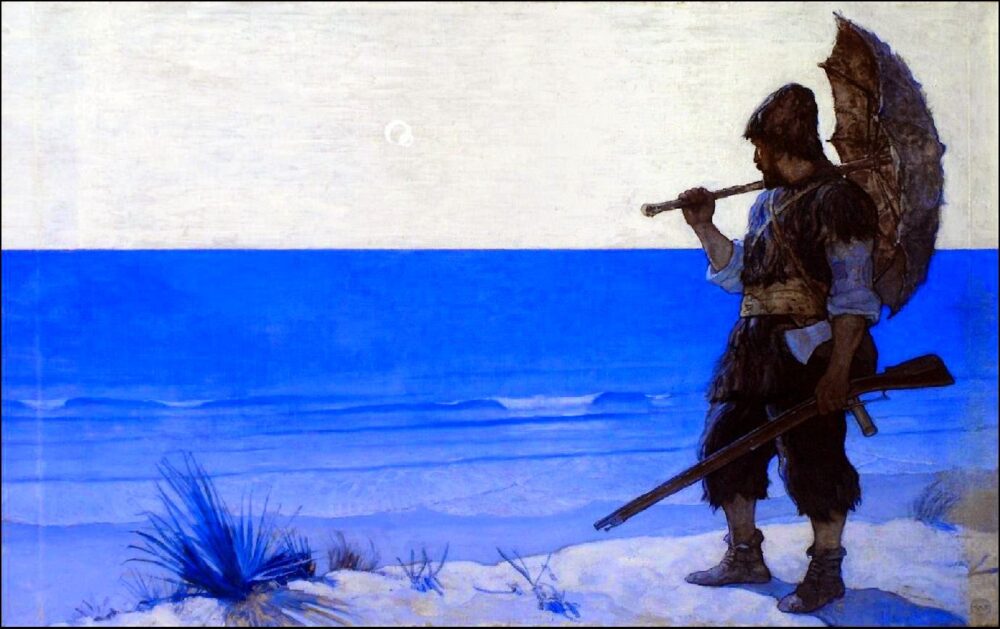 Crusoe’s Island will performed at Books on Tyne

The Lit & Phil is celebrating the 300th anniversary of Robinson Crusoe by welcoming Mark Cronfield of Fell-Foss Theatre for Crusoe’s Island, a “dynamic one-man performance” of Daniel Defoe’s famous novel.

My thoughts about this are somewhat coloured by a 1960s dubbed TV adaptation which seemed to span my entire childhood and had the most mournful earworm of a soundtrack ever.

As a lesson to kids that what goes around comes around, it was brilliant. Mostly, I recall, it was Crusoe, interminably circumnavigating the island as he followed his own footsteps. I think I’d left for university before he was rescued.

How will they do it at the Lit & Phil? And where, in this solo enterprise, is Friday?

Find out on Saturday or at the repeat performance on Sunday (Nov 24).

And afterwards, can I suggest a toast beneath the plaque opposite the south tower of the Tyne Bridge which reminds us that Defoe once lived in Gateshead. Who’d have thought?

On that opening day at the City Library you can catch novelist Helen Bridgett and poet Vicky Arthurs explaining why turning 50 should be no dampener of literary aspirations, forensic pathologist Dr Richard Shepherd talking about his book Unnatural Causes and… Bob Smeaton.

Bob was a lad aboot toon in the 1980s, finding some success with the band White Heat before going on to work on The Beatles Anthology documentary series.

He’s got a book out, of course. From Benwell Boy to 46th Beatle and Beyond sounds like a good read and should make for an entertaining session on Saturday evening.

During the afternoon you could also catch Mary and Bryan Talbot talking about their latest graphic novel, Rain, which charts the relationship between two young women against the backdrop of floods in the North.

When it comes to words-and-pictures storytelling, the Sunderland couple have few equals.

Among a host of notable North Easterners at the City Library on Monday (Nov 25) will be Joyce Quinn and Moira Kilkenny talking about the 40 outstanding North East women who feature in their book Angels of the North. 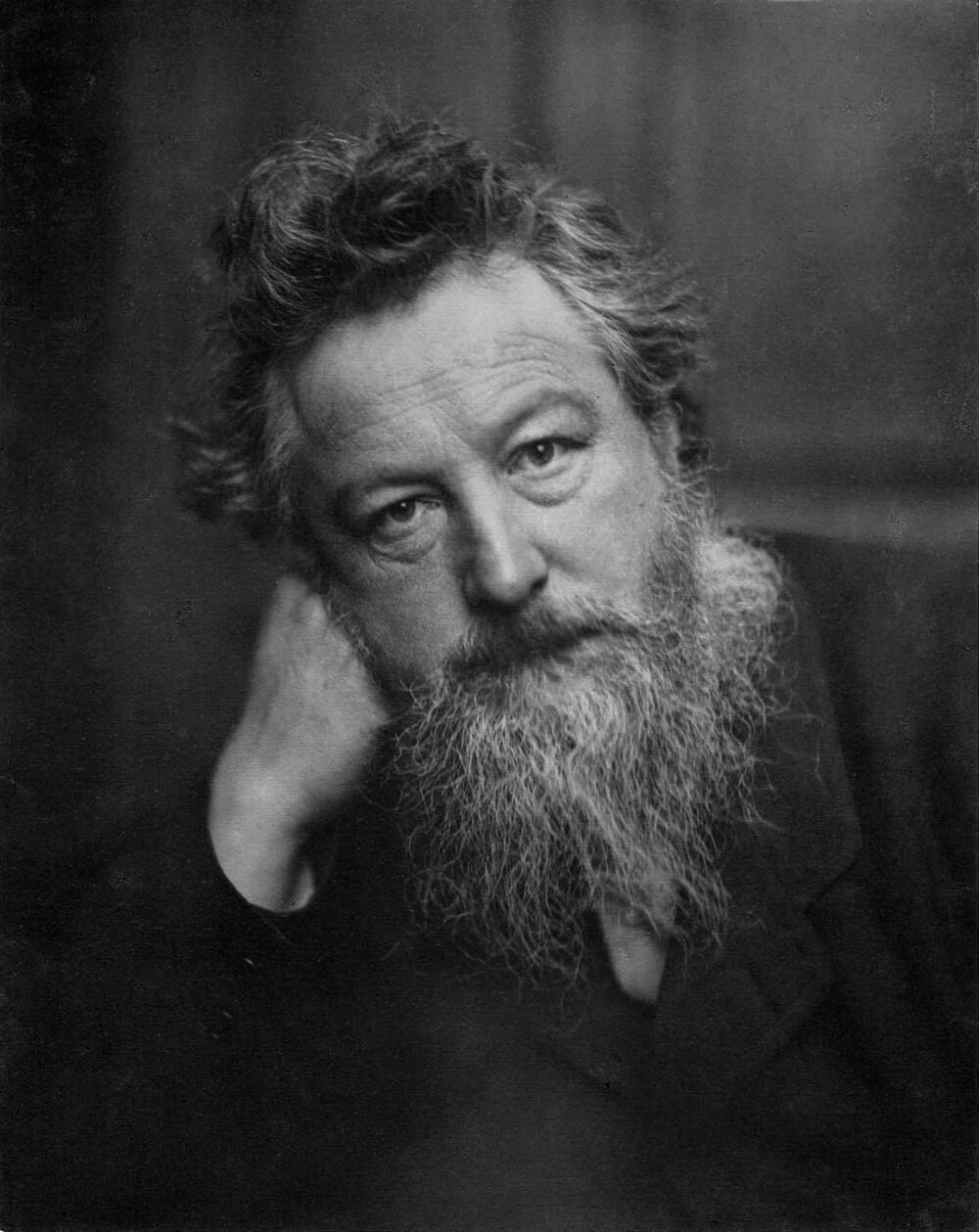 William Morris. Look at that beard.

At the Lit & Phil, meanwhile, Dr John Blewitt will discuss writer and art critic John Ruskin’s influence on William Morris. Fabulous Victorian beards will be much in evidence as these 19th Century giants are put in the frame.

At the City Library on Tuesday (Nov 27) Jeremy Dronfield will be talking about The Boy who Followed his Father into Auschwitz, a true story which The Guardian called “horrifying and important”.

Helen Steadman will also share her knowledge of the Newcastle witch trials which led to her books Widdershins and its sequel Sunwise.

The Lit & Phil, meanwhile, welcomes Sue Prideaux to talk about I Am Dynamite, her award-winning book about the philosopher Nietzsche, and Jesmond-based Keith Jewitt who will discuss the hundreds of novels about university life. How many, I wonder, mention tuition fees?

Broadcaster John Grundy will be at the City Library on Wednesday (Nov 27) plus a quartet of crime writers, including Newcastle-born Matt Wesolowski, who will converse on the subject Gathering the Evidence with Prof Jackie Collins of Newcastle Noir.

At the Lit & Phil, Tim Clayton, author of Blackening Buonaparte, will talk about British propaganda through history while DJ Taylor returns to shed light on the young ladies who made a splash in literary London during the war years and afterwards – and who are dealt with in his latest book, Lost Girls: Love, War and Literature 1939-1951.

Geneticist Steve Jones has written Here Comes the Sun and will be at the City Library to talk about it on Thursday (Nov 28) while David Hepworth, a music journalist and broadcaster with an encyclopaedic knowledge of the industry, will talk about his life and rock ‘n’ roll. 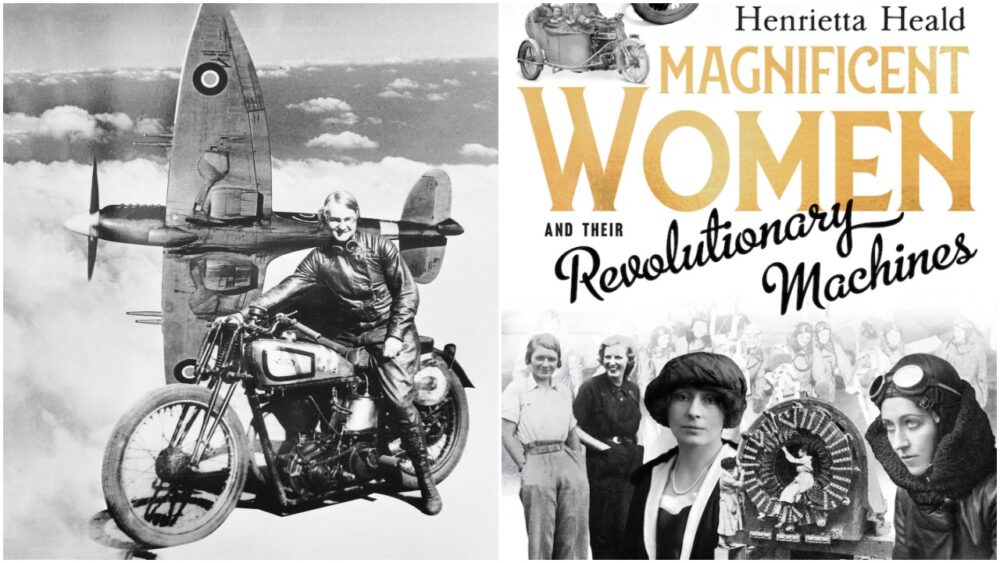 Magnificent Women and their Revolutionary Machines

On Friday (Nov 29) Henrietta Heald, biographer of Lord Armstrong, will be at the City Library to discuss Magnificent Women and their Revolutionary Machines, which sheds light on the pioneers who – you can bet your last pound coin – had more to contend with than their male counterparts.

Miriam Stoppard, broadcaster and authority on childcare, women’s health and more, is back in her home city for a session at the same venue called simply Miriam Stoppard: Local Hero.

Crime writer Paula Daly, whose book Deep Water was adapted for a recent ITV series, will also be in conversation with Jackie Collins on this busy and bookish day.

Over at the Lit & Phil, meanwhile, there’s a chance to meet Andy Grant, the inspirational Scouser who lost a leg when serving with the Royal Marines in Afghanistan but went on to become a determined and accomplished athlete and motivational speaker.

Andy will talk about his book You’ll Never Walk and doubtless put many of our petty problems in perspective.

Saturday (Nov 30) is family day at the Lit & Phil. A morning story-making session with Julia Stafford is aimed at children aged seven to nine while master storyteller Chris Bostock will be present during the afternoon to entertain the youngsters.

At the City Library, meanwhile, Dan Jackson will talk about his well-received new book The Northumbrians while Paul Ferris, who at 16 became the youngest Newcastle United first team player, will discuss his autobiography, The Boy on the Shed.

Back to articles
« Christmas Shopping: Markets to get Christmas all wrapped up
Dipping into the Winter Exhibition at the Biscuit Factory »
Share on
Share on