It’s the annual late night culture crawl which persuades venues, attractions and galleries to keep their doors open long after closing time – and tempts thousands of people to seize the chance to for some top drawer after hours shenanigans. Sam Wonfor treats her lapel to this year’s must have neon badge and offers a rundown of just some of the highlights of The Late Shows 2019. 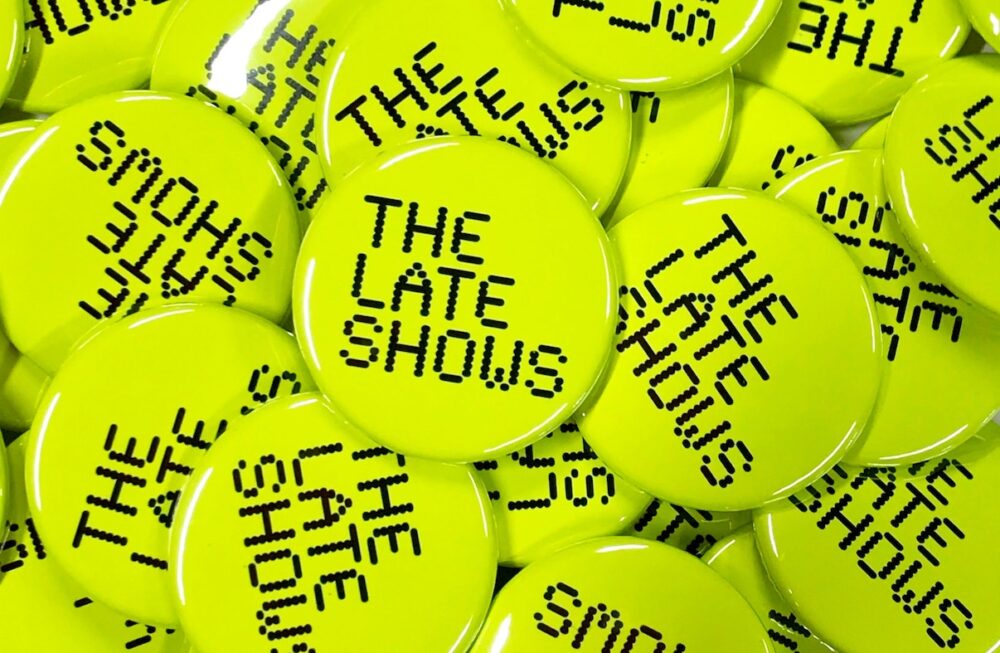 If you’ve been lucky enough to immerse yourself in the many Late Shows programmes of the past decade +2, it’s quite possible that you’ve come to take the ever-expanding schedule of carefully curated and brilliant stuff a bit for granted.

But it’s worth remembering that the after hours cultural celebration, which made its debut in 2007, is actually among the biggest of the UK’s Museum at Night events.

Not only that, but it’s F R E E and right on our bloody doorstep!

For 2019, the award-winning event, which takes place over Friday and Saturday night this weekend (May 17 and May 18), will once again feature open art studios, music, performance, food, galleries, museums and a crowd of wonderfully bizarre and intriguingly interactive events.

Facilitated by Tyne and Wear Museums and Archives (affectionately known as TWAM), this year’s Late Shows is, for the first time, being sponsored by The Biscuit Factory – the UK’s biggest independent art, craft and design gallery, which you can find in the Ouseburn.

A whopping 60 cultural venues across Newcastle and Gateshead are taking part in this fantastic two-night hooplah, which will run from 7pm to 11pm on both nights and will attract around 35,000 people all curating their own creativity-soaked tour as darkness falls around them.

There simply isn’t the time or space for us to wax on about all the terrific stuff which will be on offer over the next 48 hours… but here’s a few shining highlights to whet your appetite – you can find the whole programme here: www.thelateshows.org.uk 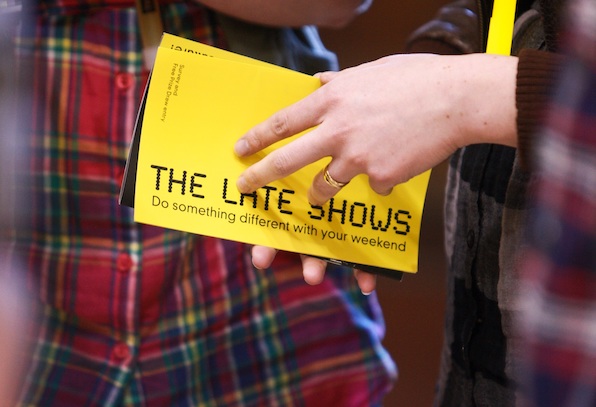 Friday May 17 – Only the Ouseburn

The Biscuit Factory will present Glitter-arty, where contemporary art and literature meet all things disco.
The Open Contemporary Young Artist Award show will be unveiled; visitors can catch the closing weekend of comedian Vic Reeves’ (aka Jim Moir) exhibition, and Forum Books will host a silent disco with a book-inspired playlist and bookshop pop up.
And don’t miss the chance to get a free face paint job and try an on-point cocktail.

Northern Print are boasting a special Late Shows commissioned installation, Nicole Polonsky’s Lighting Up Time, which is described as a ‘dynamic interactive installation inspired by the silent film era’.

You also might be lucky enough to run into the always-smashing historical actors the Time Bandits who will be re-creating Queen Anne’s court in the streets of the Ouseburn (there are rumours of duelling, but don’t quote us on that).

On the fringes of the Ouseburn, the treasure that is Flea Circus – a permanent gathering of more than 30 independent sellers and makers next door to the Star and Shadow Cinema – are putting on an art exhibition of original works by Karolins Borchardt. There will be Pimms flowing too.

Artist studio-wise, Lime Street and Cobalt will be wide open and welcoming as you like, while the Ouseburn Farm will be the place to be if you fancy lighting up your face with luminous face paint and hunting each other with torches. 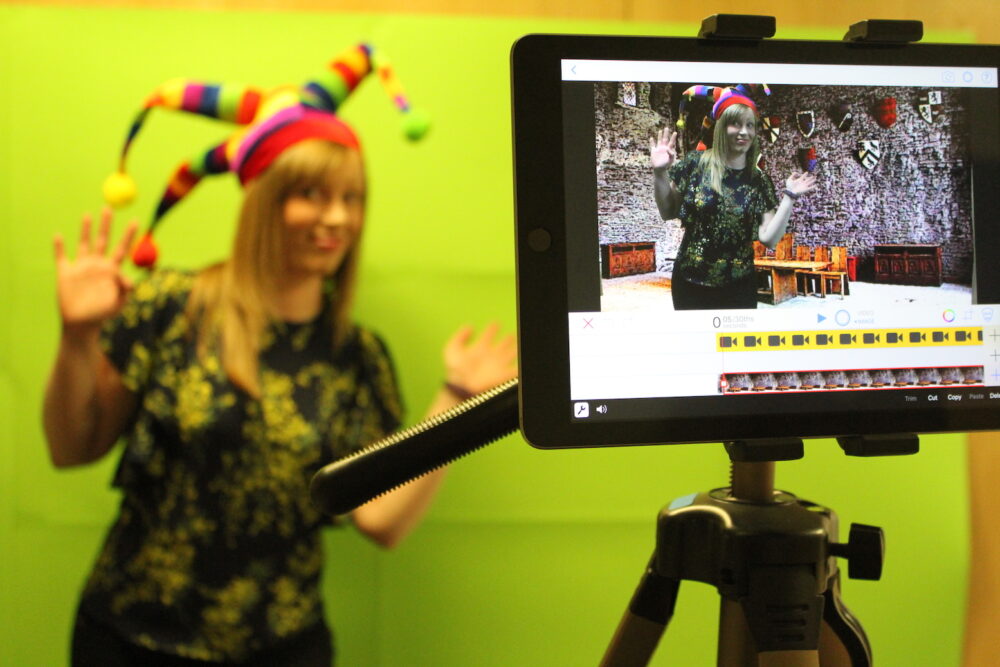 Those who have/have had the foresight to book ahead will get to enjoy Dippy After Dark at the Great North Museum: Hancock as the Natural History Museum’s enormous skeletal dinosaur takes up residence for his much-anticipated stay.

Dynamix Skate Park in Gateshead is making its Late Shows debut and will be offering free taster sessions of BMX, skateboarding wall trampoline and aerial circus.

Over at Gateshead Central Library, there’s a tapestry of delights to get amongst including GemArts Bollywood dance workshops; Thought Foundation cardboard city; live music; a LEGO pit; pop up arts market; artist-led demos and the chance to get creative with animation and photomontage.

The Side Gallery has ticked the Late Shows ‘exclusive commissions’ box with work from Nicole Polonsky.

Commercial Union House is boasting six floors of art, music, performance and activities to wander around.

Down to the lower chambers of Newcastle’s Castle Keep and you’ll find yourself in a medieval tavern complete with storytelling and medieval entertainment, rogues, gamblers and ne’er do wells. 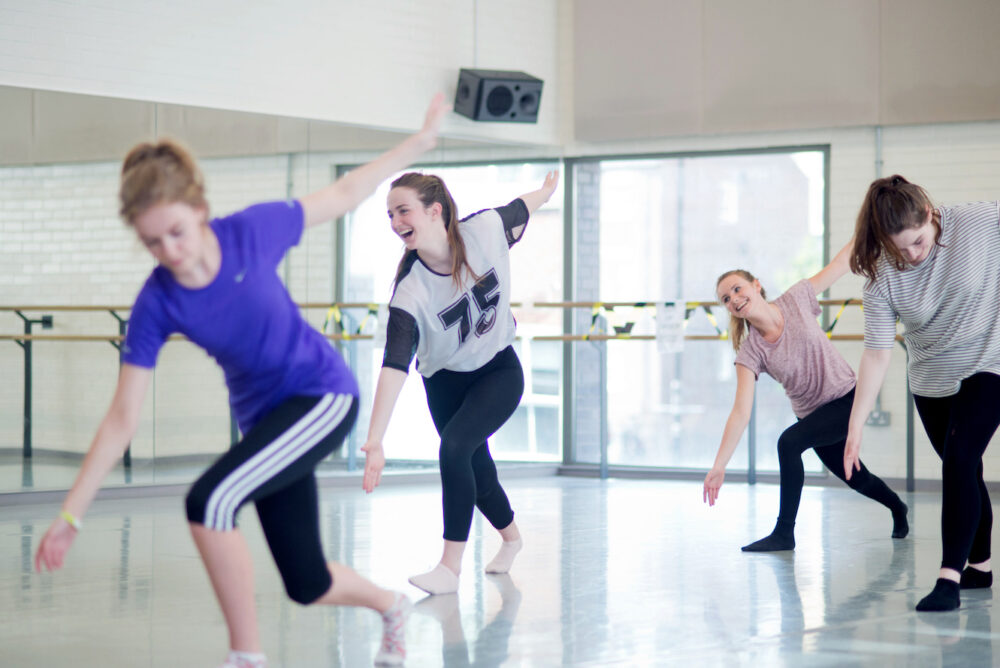 Ooh, and don’t forget the Twi-Lates strand too, which will take place from 4pm-7pm on both nights. This will be a schedule of activities and events aimed at 12-17 year olds, whether they’re branching out on their own or exploring the Late Shows with their families.
At Seven Stories in the Ouseburn, visitors can singalong at Beccy Owen’s Pop-Up Choir – a vibrant, welcoming and fun-filled singing workshop featuring a fine selection of unforgettable 80s hits.

Newcastle City Centre’s Alphabetti Theatre will be putting on live music and poetry in the café area plus Improv comedy games from 6-7pm.

And just across the road at Dance City from 5pm to 7pm, young visitors can dip their twinkling toes, thanks to free taster sessions in ballet and contemporary dance. You can also pop your head in on a professional dance company’s rehearsals too.

What are you waiting for, kids? (and I’m talking to people of all ages, here) Get stuck in!