It’s called The Book of Newcastle and it’s launched this month. David Whetstone reports on what it says about our city. 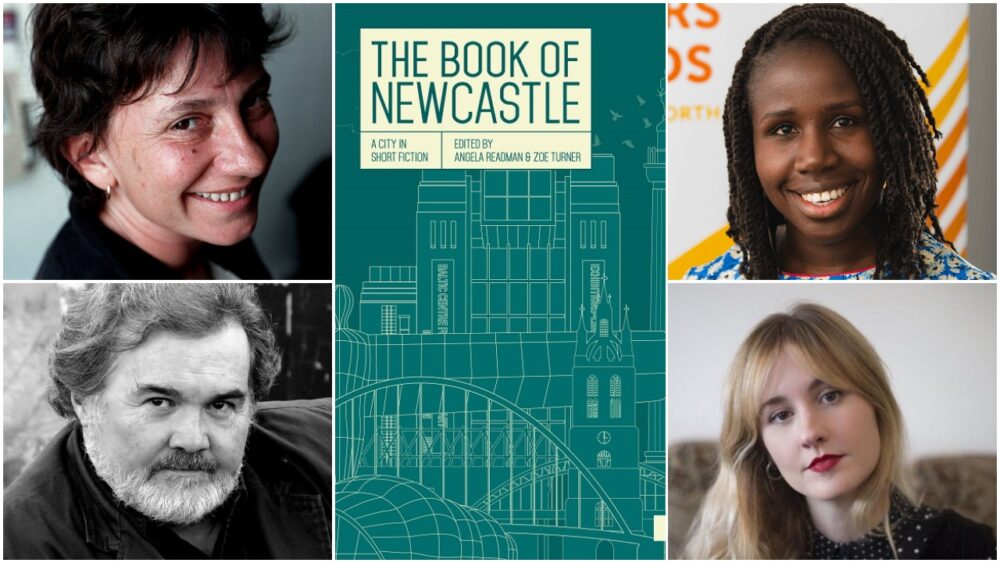 The Book of Newcastle sounds as if it could be a hefty cousin of the Domesday Book. In fact it’s an anthology of 10 short stories chosen to give a sense of the city and its people, all contained within 120 pages and priced £9.99.

The Newcastle stories were chosen by Zoe Turner, of Comma Press, and North East short story writer Angela Readman, who in her introduction states: “Each city holds a whole library of stories…”

(Just swallow hard at her reference to John Dobson Street as the one frequently voted the most attractive in the country. She must mean Grey Street.)

It’s a neat idea. The pulse of a place surely beats stronger in fiction than in a guidebook or on Wikipedia. But picking just 10 from that “whole library” must have been a challenge.

The link between this double handful (as explained on the back) is that all feature characters “in search of something, a new reality, a space, perhaps, in which to rediscover themselves… proving that while Newcastle continues to feel the effects of its lost industrial past, it is also a city striving for a future that brims with promise”.

Included are stories by nine women – two of whom, sadly, are no longer with us – and one man. Most of them weren’t born in the city but came, found inspiration and stayed.

Several, you’ll see, have attended university creative writing courses and won awards from New Writing North. You could argue that there are other communities of North East writers unrepresented here.

That’s not to belittle what’s on offer. It’s just to say that the emphasis is on mood, character and place. The writing is considered, poetic and descriptive, beautiful at times, rather than a vehicle to carry a plot. 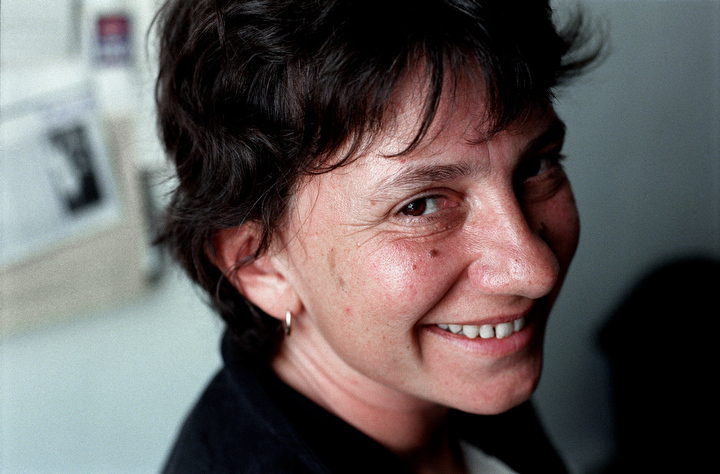 But let’s start at the beginning of this bitter-sweet collection with laughter, courtesy of the peerless Julia Darling whose Calling from Newcastle lasted a Metro journey and brightened it up no end.

Her tale tells of Gloria who works in a call centre, “between roundabouts on the edge of a ring road”.

“Where are you?” asks the woman on the end of the line.

In a building in the North, Gloria tells her.

“How do I know you’re not in Budapest?” persists the woman. “You could be anywhere.”

Gloria, overweight and unfulfilled, takes to satisfying people’s curiosity while having a little harmless fun.

“I’m in the desert,” she tells a man. “From where I am sitting, I can see a long line of camels.”

Julia grew up in Winchester but fell for the drama and quirkiness of Newcastle and its ultra-grounded citizens. She died in 2005 when greater recognition seemed assured.

Fond memories are stirred also of Chrissie Glazebrook who passed away two years later. Her mischievous imagination lives on in stories like Loftboy, in which young Billy tests the theory that upper Tyneside flats have linked loft spaces.

He gets his answer although it comes at a cost.

Ella, in Crista Ermiya’s Duck Race, lives in a Tyneside flat, too. It’s in Heaton where she’s anxiously playing host to old flame Chuck and his new partner, Merel.

It’s a tale of social awkwardness with very specific locations – the plaque on Second Avenue recalling Chas Chandler of The Animals, Armstrong Park and the shoe tree, name-checked as being a landmark in Julia Darling’s novel, The Taxi Driver’s Daughter. 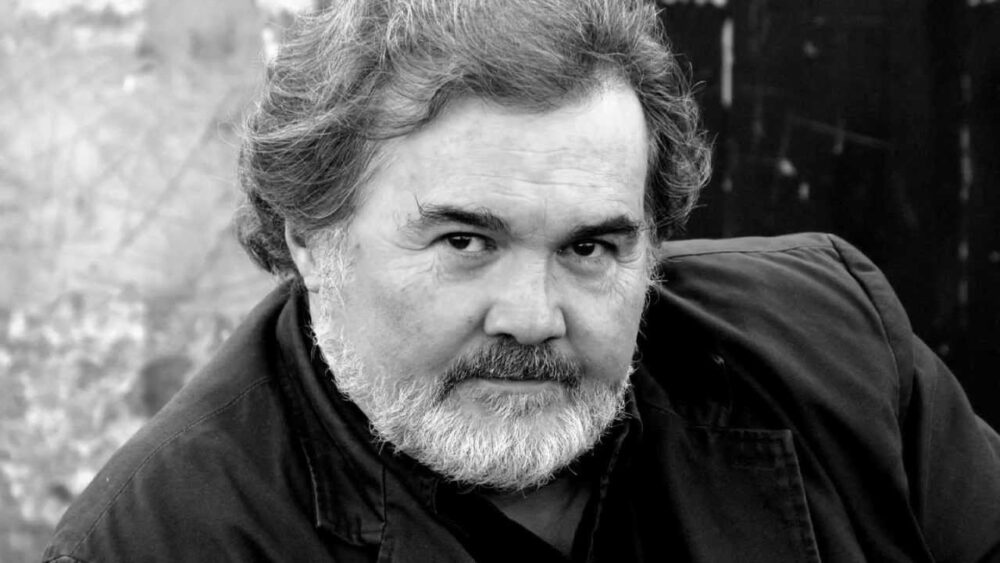 Sean O’Brien is best known as a multi-award-winning poet but has made regular forays into fiction.

In Tabs, set in a library which sounds remarkably like the Lit & Phil, the narrator reflects on the smoking ban and what it means to men like Harry Box who drops lines by modernist poet Wallace Stevens while artfully rolling his own.

Reference to Harry’s “taciturn Geordismo” is comically spot on but as in most of these tales, comedy and tragedy are close companions.

It’s true of Harry and the girl who “wanted to be Tinkerbell” in Glynis Reed’s heartrending Living on Planet Clacky.

Families can be fragile and when tiny Clacky’s Dad stopped loving her Mam, she “got tinier and very quiet, the sort of quiet where you know there’s lots going on inside”.

Love’s rocky road runs through Angela Readman’s Hitchcockian story Magpies in which the ubiquitous birds are a sinister and symbolic presence.

When Tone walks out, young Zack and his mother, who tells the tale, must make the best of it, moving to unfamiliar territory for affordable rent.

The fast mutating relationship of mother and teenage son will strike a chord with many, along with the author’s suggestion of “a sorrow” or “a worry” as a collective noun for mums. 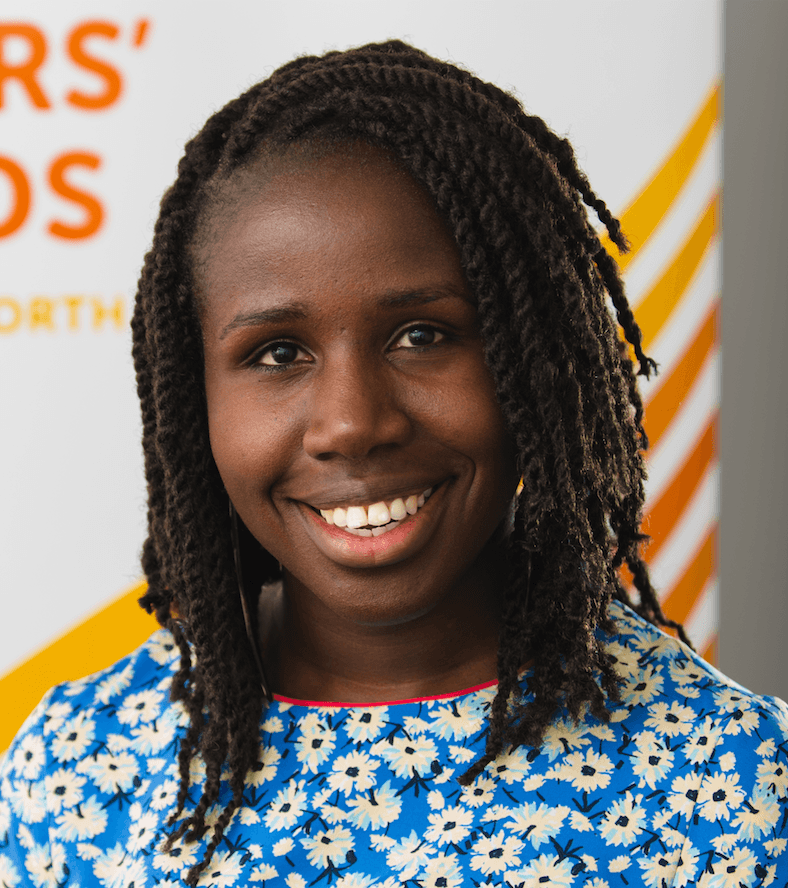 Writer J.A. Mensah’s looks back at a storm to remember on Tyneside

JA Mensah, in Thunder Thursday on Pemberton Grove, recalls the extraordinary storm of 2012, when rainwater “made rivers of the streets”, and imagines its effects on the residents of one of them.

In Margaret Wilkinson’s The Here and Now, past and present merge spookily in historic Westgate Hill Cemetery.

The narrator, a fit bloke once, now muses to his 36-year-old self: “You’re a dead man.” Weakened by heart failure, he buys a cemetery plot from an old chap who’s there one minute, gone the next.

Sunderland writer Jessica Andrews recently won the Portico Prize for her 2019 debut novel Saltwater. It tells of a bond between mother and daughter.

Blood Brothers is her breathless account of the lives of two girls, bound in friendship as children and then as teens on the Toon: “We zipped each other into bandage dresses and blagged our way into Gotham to drink treble vodka oranges…”

The inevitable parting of the ways doesn’t mean all feeling evaporates but the girls’ future is left hanging. Perhaps it’ll be resolved in another novel.

Last but not least is Degna Stone’s hymn to one of Newcastle’s most extraordinary and distinctive physical features.

Ekow On Town Moor tells of a troubled young man who finds safety and solace in running across Newcastle’s expanse of urban moorland. He won’t be alone in that, as many a reader will attest.

The Book of Newcastle – which is officially launched at Newcastle City Library at 5.30pm on Thursday, February 6 – might not tell the whole story of the city because there are as many stories as there are people; but through the words of 10 accomplished writers it offers an authentic flavour. You can buy it here, or from lots of lovely bookshops.

Back to articles
« Lift off! The Life Science Centre’s new Space Zone opens in Newcastle
Review: The Seven Acts of Mercy at the People’s Theatre »
Share on
Share on