David Whetstone reviews The Seven Acts of Mercy which is on at the People’s Theatre in Newcastle, until Saturday, February 15. 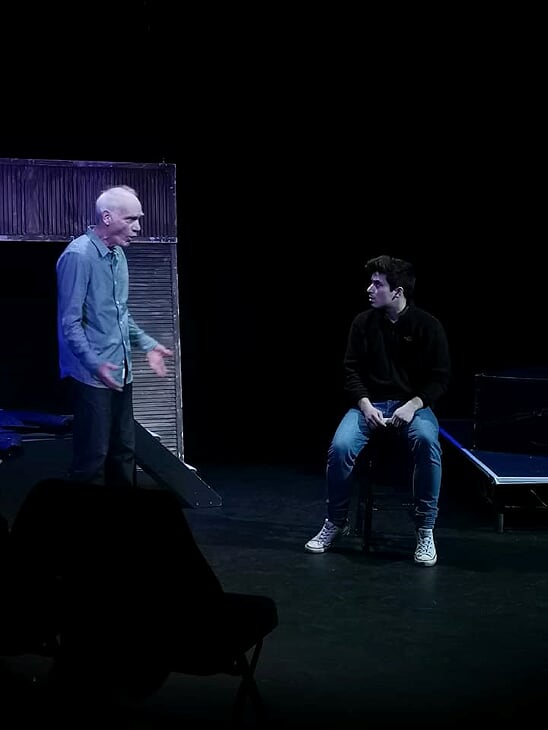 Rehearsals ahead of opening night at the People’s Theatre

The action is set in Naples in 1606 and Wallsend in 2020 – and that’s not something you’ll see every day.
Perhaps it explains the extra performance on Monday.

A People’s first night on a Monday is like the Commons sitting on a Saturday. Diary-wise I’ll be out of kilter all week.

Then again, this is the inaugural Newcastle run of a Royal Shakespeare Company commission which premiered as recently as 2016. Full marks to the accomplished amateurs for serving up another city first.

Anders Lustgarten’s play, possibly one of the sweariest ever staged at the People’s, opens in Naples with the artist Caravaggio dragging a dead body into a church and turning the air blue.

Corpses weren’t hard to come by in Naples back then, it seems, what with grinding poverty and the plague.

And there are those who would reduce Caravaggio to the same state. Having killed a man in Rome, he is partly in hiding and partly engaged in a commission, creating a pictorial representation of the acts of mercy taught by Jesus and recorded in the Gospels.

The corpse before us – or at least its feet – will be the model for the bit of the painting (projected on a side wall of the stage) showing one of the acts, burial of the dead, which didn’t always happen if you were poor or diseased.

But Lustgarten aims to show that these are tough times too, so the action swings from the Naples side of the stage to the Wallsend side where wheelchair-bound and ailing Leon Carragher, helped by grandson Micky who lives with him, is resisting efforts to oust him from his home of 51 years.

The lever by which the council aims to achieve this is the controversial ‘bedroom tax’. Leon’s ‘cupboard’, deemed to be a third bedroom, means his benefits will no longer cover his rent and the property can be sold. 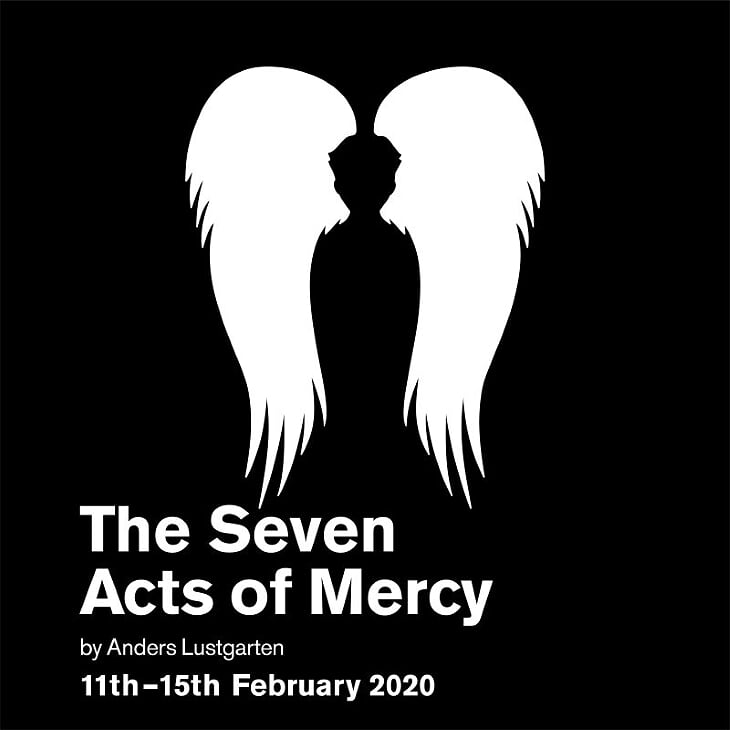 A twist is that Lee, Leon’s estranged son and the father Micky hates, is in cahoots with the developers who will turn a blind eye to the antics of his bargain basement enforcers.

The link between then and now is that Leon – you’d better believe it – is a fan of art and has taught Micky about The Seven Acts of Mercy which the lad sets out to emulate with his camera phone.

The play offers plenty of high emotion and the actors clearly relish it. Steve Noone’s Caravaggio is an impressively angry and intimidating fellow, determined to shove real life in the faces of moneyed churchgoers by using the poor and downtrodden as the models for his paintings.

You fear for the safety of Steve Robertson’s richly attired Marchese who has offered sanctuary not because he approves of the man but because he admires his work.

A highlight are Caravaggio’s conversations with Lavinia, a prostitute who is also a secret and talented artist. Sara Jo Harrison gives a peach of a performance as a woman who can face up to the artist because she understands this patriarchal world rather better than he does.

But why the pair of them speak with Liverpudlian accents was a puzzle, although the modern part of the play was originally set in Bootle and Italian accents, I suppose, could have been a bit ’Allo ’Allo.

Back on the mean streets of Wallsend, Keith Wigham’s Leon rages wheezily at the unfairness of the system while sinister son Lee (Stephen Sharkey) makes half-hearted attempts to make it up to the son he abandoned. 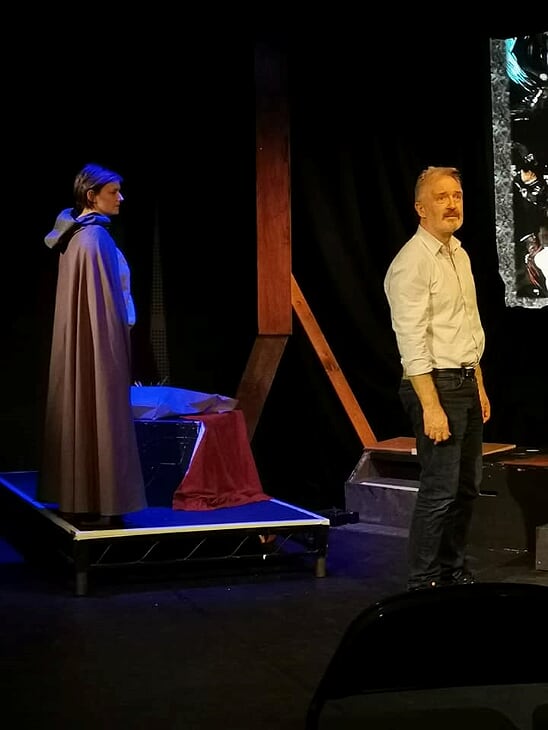 Joe Robson’s well-meaning Micky, meanwhile, seems to fall foul of everyone. And what we know – and he won’t – is that if he could flash back four centuries and meet Caravaggio, the artist would probably give him a boot up the backside or worse.

Director Tony Childs was smiling in the interval but there’s no getting away from the fact that, despite moments of dark comedy, this is a bleak tale with no redemptive ending.

And the message is quite straightforward. Life was s*** for many people in 1606 and is still s*** for many now. That painting, very famous and valuable now, still hangs and poverty and plague (seen the news lately?) and selfishness are still with us.

Doesn’t mean it’s not worth seeing, though. I thoroughly enjoyed it.