Review: The Last Temptation of Boris Johnson at Northern Stage 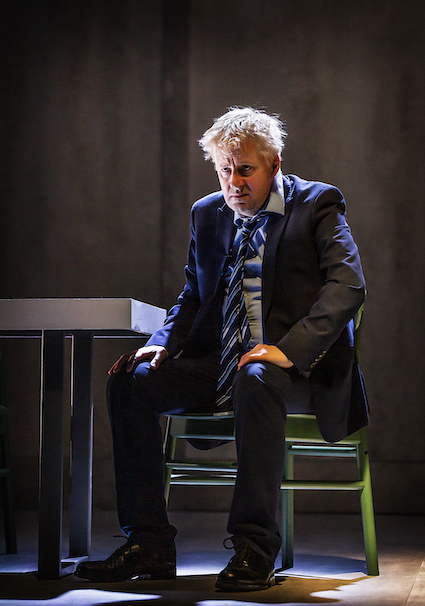 A brooding Boris Johnson (Will Barton). Photo by Pamela Raith

All day #WheresBoris was trending on Twitter as parts of Britain lay under floodwater. Then in the evening I went to see this play and there he was – or at least a version of him.

Will Barton’s portrayal of the Prime Minister is uncanny, not so much for the look of him, although a flaxen mop and a sort of flabby loucheness go a long way, but for the vocal mannerisms.

There’s the Wodehousian mumbling, the petulance, the snatches of Latin, the half-hearted attempts at political correctness – “men, women and what-have-you” – and the shameless self-regard.

And there is, as we’ve seen in real life, the twinkle that can blind people to the most glaring flaws. Women have fallen for this man. Millions have voted for him. He’s the Prime Minister with a king-sized majority.

But how funny is he, actually? The PM who “got Brexit done” has filled his cabinet with people who seem unlikely to challenge him and his sinister unelected adviser, Dominic Cummings. 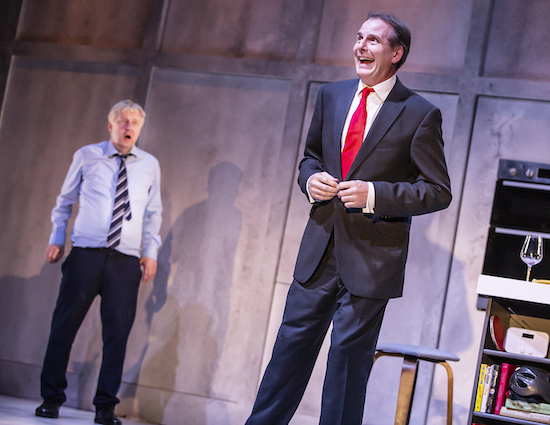 Jonathan Maitland’s play is billed as a satire but in the first half it sticks closely enough to what’s assumed to have been the truth that you wonder if satire isn’t indeed now redundant.

It’s 2016 and the former Mayor of London is wondering which side to back in the forthcoming EU referendum.

He’s giving little away to Huw Edwards in an unrevealing interview where the TV man fails to pierce his armour of bumbling evasiveness.

Nor is he to his nearest and dearest.

We join Boris and wife (now ex-wife) Marina as they entertain the Goves (Michael and his missus, Daily Mail columnist Sarah Vine) and Evgeny Lebedev, starstruck Russian owner of the London Evening Standard, at home.

Goodness, I’m thinking, in that magazine game where you pick your ideal dinner guests, this lot wouldn’t even be propping up my list.

As Boris knocks back the vino and reads his Churchill book, three past PMs appear out of the haze to offer their pearls of wisdom – Maggie Thatcher, Tony Blair and Churchill himself. 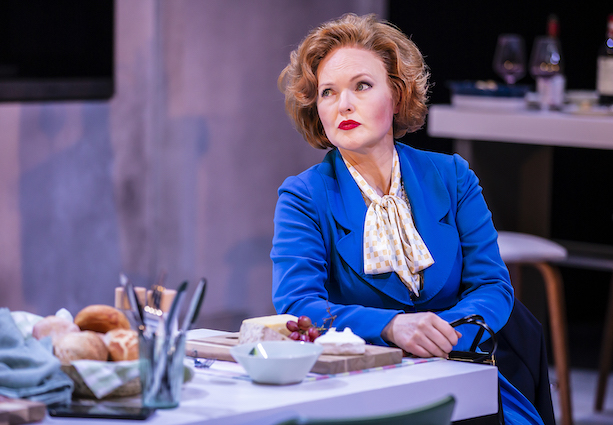 Full marks to the other cast members – Bill Champion (Gove and Churchill), Emma Davies (Maggie, Vine and the Tory chief whip), Tim Wallers (Lebedev, Blair and Edwards) and Clare Lichie (the women in Johnson’s life) – for their startling versatility.

In the end, as we all know, Boris does what’s best for Boris, although the first half ends with his look of horror as the referendum result is announced.

The second half skips ahead 10 years and shows us what Brexit has done for us and for the Prime Minister.

Ever since Falstaff and probably way before, the lovable rogue has been a popular figure in British culture.

But Falstaff never wanted to be Prince Hal – never aspired to be “King of the World”, as this fellow does.

Unlike Boris, he was happy enough to sate his appetites out of the spotlight.

This play is packing them in at Northern Stage all week but while there are plenty of good jokes, I was left with the uncomfortable feeling that it all serves the flood-shy Boris rather well, highlighting his limitations in a way that makes them almost endearing.

The play has been a success. The reality is still a work-in-progress. Let’s hope the joke’s ultimately not on us.

The Last Temptation of Boris Johnson is at Northern Stage until Saturday. Visit the website for tickets or call 0191 230 5151.