Review: The Importance of Being Earnest at People’s Theatre

David Whetstone finds a much-needed tonic on stage at the People’s Theatre this week. 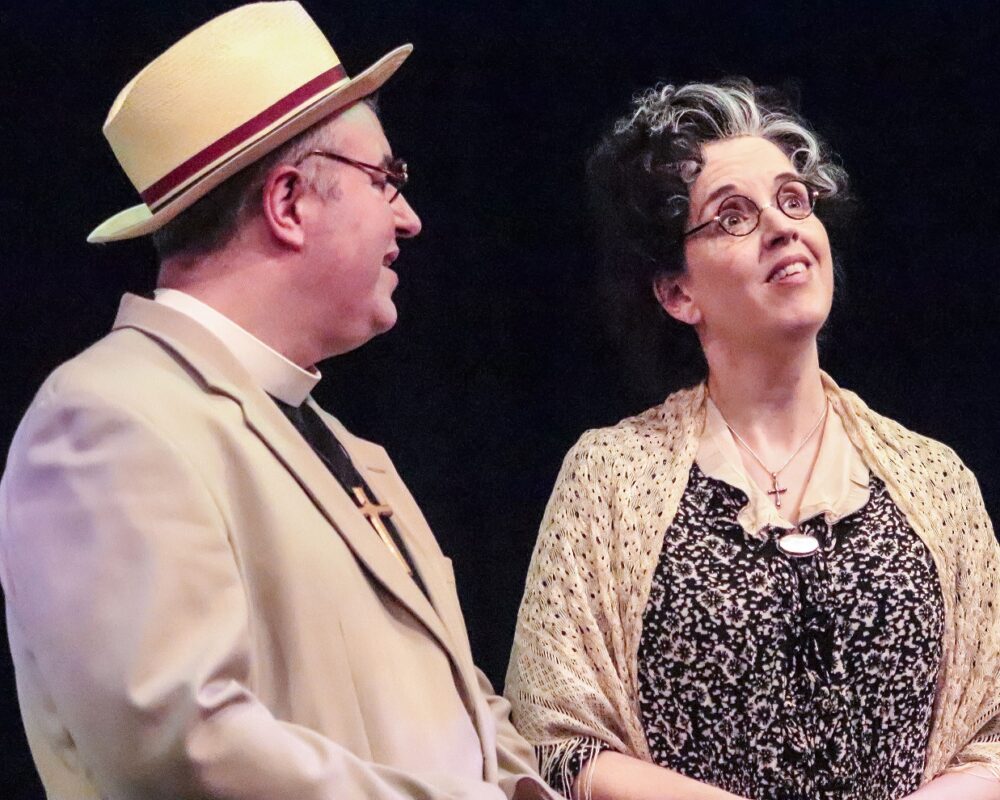 It has some of his best lines – “the truth is never pure and seldom simple” – and most colourful characters, such as domineering Lady Bracknell and her skiving nephew, Algernon Moncrieff.

Being very popular it is also very well known. Many audience members will take their seats in knowing expectation, hoping for a triumph but wary of a trashing.

There’s the tendency for actors to lay the ‘acting’ on thickly. Jack Thompson’s Rev Canon Chasuble avoids the pitfall by a narrow margin but Karen Elliott is a delightfully restrained Lady B.

At a key moment, by way of query or exclamation, she is required to utter the words “a handbag”. The late Edith Evans took it to uncharted heights of indignant astonishment, her voice rising to hit the ceiling along with her eyebrows.

You see this handbag coming from way down the track and even if the Dame Edith delivery has become a cliché, an actor won’t want to disappoint. 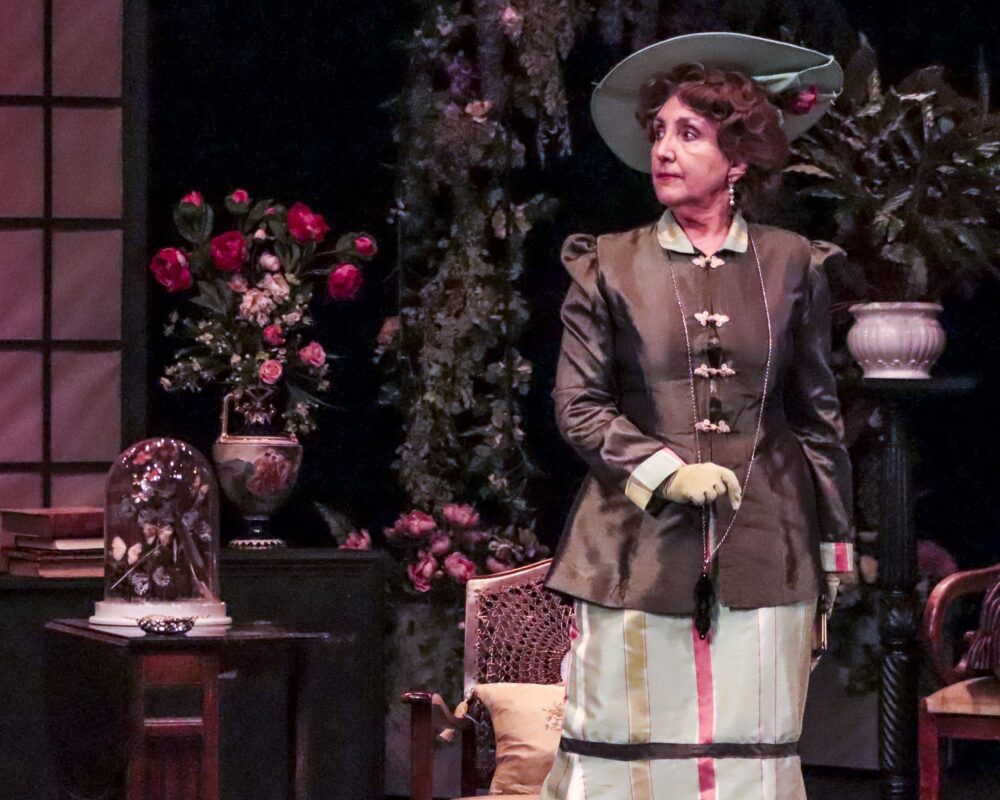 Resisting temptation, Miss Elliott’s Lady Bracknell delivers it with an air of weary disbelief, as if her day is going from bad to worse.

It’s perfectly measured, as is just about everything in Kevin Gibson’s thoroughly enjoyable production which serves as a tonic amid political mayhem.

Colin Jeffrey and Richard Jack are energetic and deliciously devious as bachelor pals John Worthing and Algernon Moncrieff who, by means of an imaginary brother and an invented sick friend, manage to have their cake and eat it.

Well, until romance throws a spanner in the works, that is. John has called his ‘brother’ Ernest and his intended, Algernon’s cousin Gwendolen, seems more attached to the name than to him.

Meanwhile it is the legendary exploits of Ernest which also make young Cecily Cardew, John’s ward, fall for Algernon when he mischievously woos her under that name.

The plot sounds a right old tangled thing and so it is, but it unravels beautifully on stage. 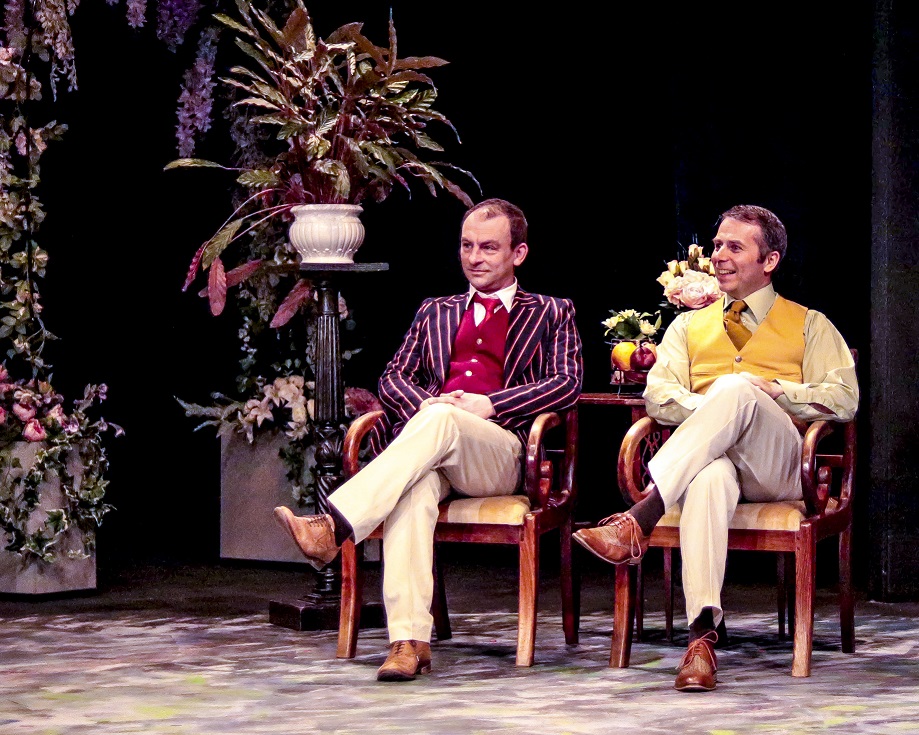 Rachel Scott imbues Gwendolen with comical hauteur while Kitty Parkins makes a bid to steal the show as pouting Cecily, more interested in flirting than the dull books dumped in front of her by Alison Carr’s dotty governess, the aptly named Miss Prism.

The set prettily and effectively evokes both interior and exterior locations and the third of the three acts, arranged around two intervals, ends with a dance on stage and resounding applause.

The only sadness comes when you reflect on the playwright’s own life which was riven with pretence and didn’t end well. Disgraced and reviled for the crime of following his heart, he was dead at 46.

But what a legacy of laughter he left behind! If you want proof of that, get a ticket to this at www.peoplestheatre.co.uk and enjoy. It’s on until Saturday, April 6. Meanwhile next up at the People’s is People’s Play Award winner Voltemand and Cornelius are Joyfully Returned by Paul Vates (May 7-11 in the Studio Theatre).

Back to articles
« Review: Joseph and the Amazing Tecnicolor Dreamcoat at Newcastle Theatre Royal
Take a spin around Record Store Day »
Share on
Share on