David Whetstone reports back from a memorable night at The People’s Theatre Studio. 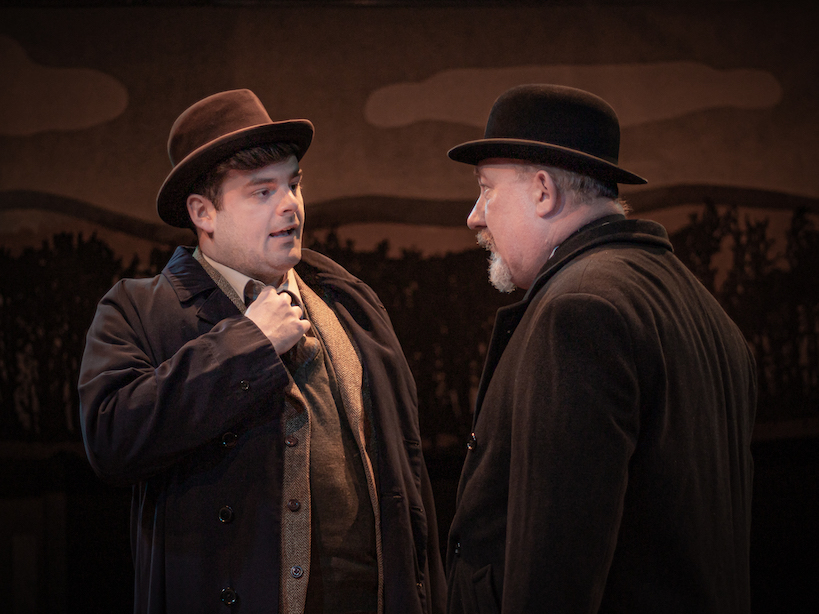 Nick Dear’s play about the poet Edward Thomas got good reviews when it opened in London in 2012. How lucky we are to have this truly first rate production in the North East.

Beautiful to look at and brilliantly performed, it should at least send people scuttling off to learn more about its subject, or at least to read his poems which have stood the test of time.

Inevitably Thomas now seems like a figure from a vanished era. He was killed in the First World War, at the age of 39 when he could have stayed out of the front line but chose not to.

But the play shows us that even when alive he was regarded as a bit out of kilter.

We first encounter him telling father Philip that he has quit his London civil service job in order to live in the countryside and write. Cue volcanic paternal harrumphing (Steve Robertson harrumphs well).

Wife Helen, struggling to bring up three children while hubby, notebook in hand, succumbs to the lure of nature and the local highways and byways, goes along with it.

Their marriage is at the heart of the play but you’ll wonder just how much strain a marriage can take. 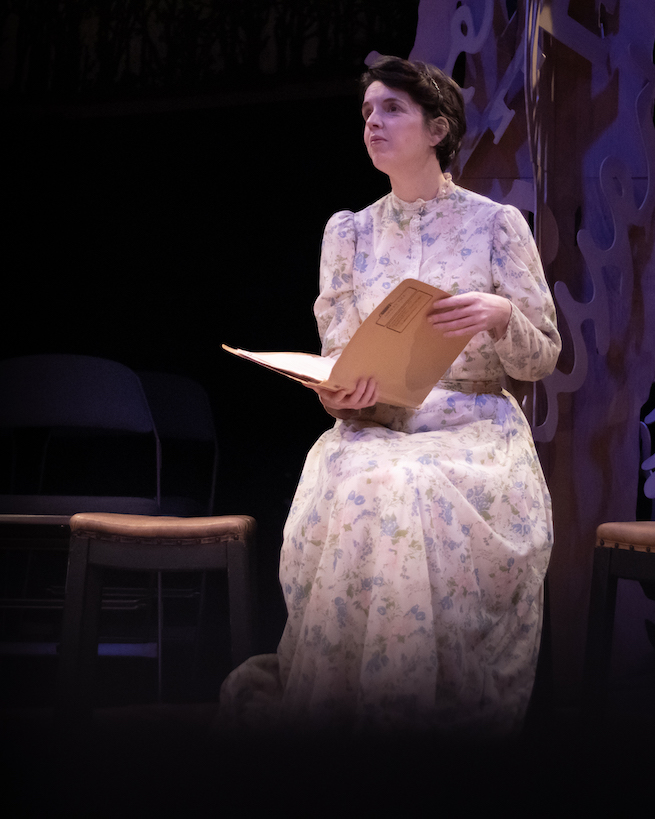 As Helen, Anna Dobson gives us the full fizzing cocktail of anger and exasperation. Well, it can’t be easy living with a man who, while nursing the baby, is liable to pull a revolver from his pocket.

He speaks terribly to her. And when bumptious American poet Robert Frost appears on the scene, you feel for her even more.

Frost, in Mark Burdon’s booming portrayal, owes his soaring reputation to Thomas’s reviews of his work but in encouraging Thomas to write poems of his own, he also threatens to take him away, outlining a new life in America.

Poetry lovers down the ages should perhaps be grateful to Frost but his friendship with Thomas didn’t put bread on the table and years later, when Helen wrote a revealing and intimate book about their marriage, he responded angrily.

Then there’s poor Eleanor Farjeon who dutifully, lovingly edits the work of the fledgling poet but can’t help loving him too. Alison Carr ensures we ache for her character, so well-meaning yet so conflicted. 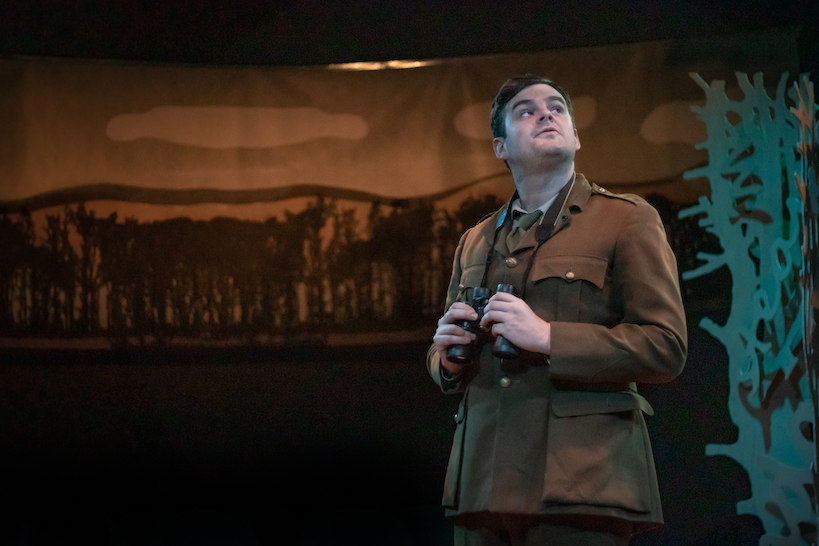 The achievement of Sam Hinton as Thomas is that we can understand how, despite all his character’s many failings, the absences, the depression, the final act of courage that smacks of selfishness, he inspired devotion.

He was passionate about nature – knew all the birds and flowers – and could move others with his love of the written word. To Helen he was not a bad man but a chump.

The play darts about a bit like a woodland bird. We know about Thomas’s death before the interval when it is revealed by Farjeon, recalling how a much-diminished Frost came to visit her – but couldn’t bear to meet Helen – in 1957.

But in no way does this spoil what is to come. In a poignant closing scene, when the women pore over the late soldier poet’s few belongings, we get a real sense of their love and loss. It is intensely moving.

So hats off to director Hugh Keegan and the cast but also to designer Rolf Wojciechowski and his large team for a beautiful set.

Demonstrating again the versatility of the People’s Theatre’s new Studio, the audience encircles the performance area beneath a delicately painted frieze showing a countryside overlain with words.

To one side is a fretwork tree, a large letter ‘E’ enclosed within its branches. Excellent!