Young singers from across the region entertained at the Samling Academy Concert 2019 at Sage Gateshead. David Whetstone was there to see and listen. 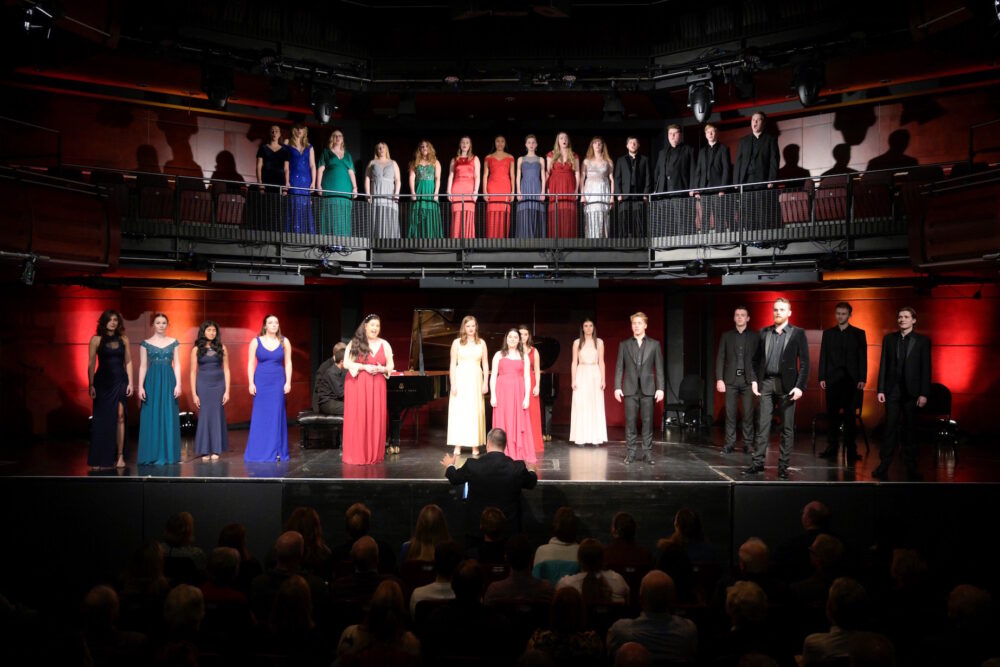 A concert that proceeded from darkness into light showed once again the abundance of young vocal talent across the North East.

This was the latest dazzling performance by members of the Samling Academy, 28 of them (19 female, nine male) ranging in age from 14 to 21 and from all walks of life.

It began with the lights dimmed in Sage Two, the better to focus on the voices ethereally positioned somewhere up above (at least, if you were sitting where I was).

The beautiful old German hymn Es ist ein Ros entsprungen (A rose has bloomed) was the opening ensemble piece before the singers filed down to await their turn in the spotlight.

What followed was a parade of party pieces – solos, duets and bigger groupings – by young classical singers for whom the sky could be the limit.

Karon Wright, artistic and executive director of the Samling Institute for Young Artists, was the driving force behind setting up the Academy in 2012 to benefit youngsters studying in the region.

It has been hugely successful at nurturing talent and providing opportunities – like this one – to perform at a top venue.

If nerves were jangling on Sunday, it wasn’t obvious. All the singers performed with as much poise and confidence as their more experienced piano accompanists.

It was a mixed bag, with composers including Handel, Mozart and Richard Rodgers (that was George Evans-Thomas with a sonorous rendition of Some Enchanted Evening).

It fell to Martha Cook to open the proceedings as soloist, doing justice to the aria Alma Mia from Handel’s opera, Floridante. 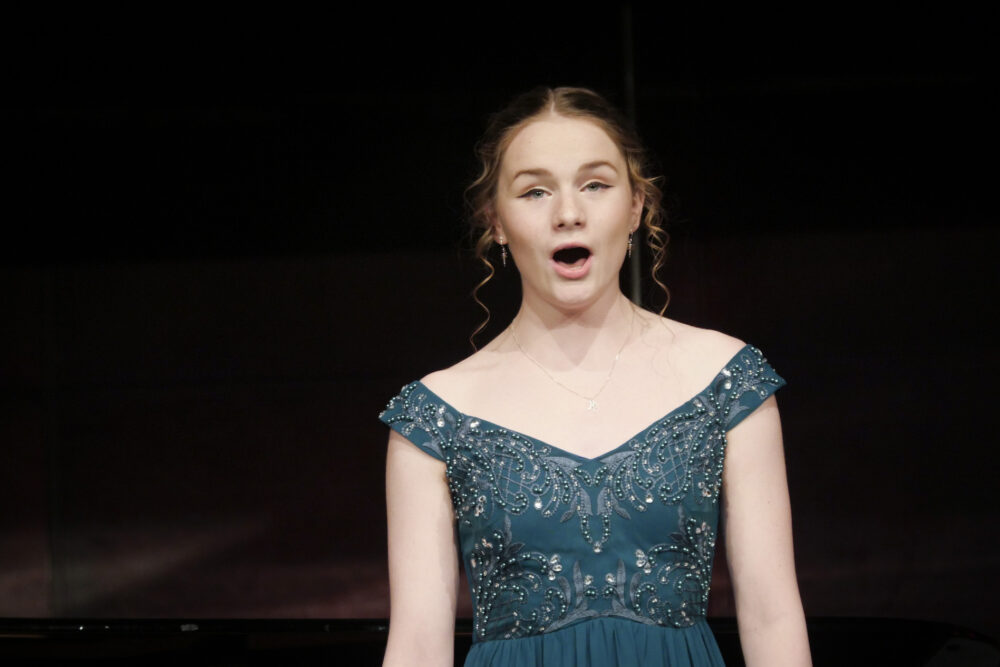 I enjoyed Nathanael Thomas-Atkin’s measured performance of Is my team ploughing? from Vaughan Williams’ On Wenlock Edge – but there was so much to enjoy and everyone will have had a favourite.

The first half closed with a reminder that opera is as much about acting as singing, Tia Radix-Callixte and Patrick Owston having a noble stab at playing newlyweds in a famous scene from The Marriage of Figaro.

After the break came other offerings as accomplished as they were varied.

Benjamin Ryan gave a sense of the rolling waves in John Ireland’s Sea Fever, Rebecca Roberts changed the atmosphere with a soaring rendition of Scots Song, by James MacMillan, and Anna

Dias’s thrilling performance of The Black Swan, from The Medium, made me want to find out more about Gian Carlo Menotti’s 1940s opera.

There was much more. Too many names to mention but all good – and all shone in the final ensemble piece, Easter Hymn from the crowd-pleasing Cavalleria Rusticana, in which all the singers lined up on stage and in the gallery above.

Karon Wright had an announcement to make.

Every alternate year, there’s a Samling Academy opera. The first, in 2013, was Britten’s Albert Herring and Karon told us half the cast of that were now pursuing successful careers as singers.

Next year it is to be Mansfield Park, Jonathan Dove’s 2011 opera based on Jane Austen’s novel. But only if £10,000 can be raised to match the donation dangled by a benefactor.
If you want to find out more about this – or any Samling activity, go to www.samling.org.uk

Back to articles
« Review: I Have Met the Enemy (and the enemy is us)
Review: La bohème, Opera North, at Newcastle Theatre Royal »
Share on
Share on