David Whetstone reviews The Marriage of Figaro which Opera North are performing at Newcastle Theatre Royal this week. 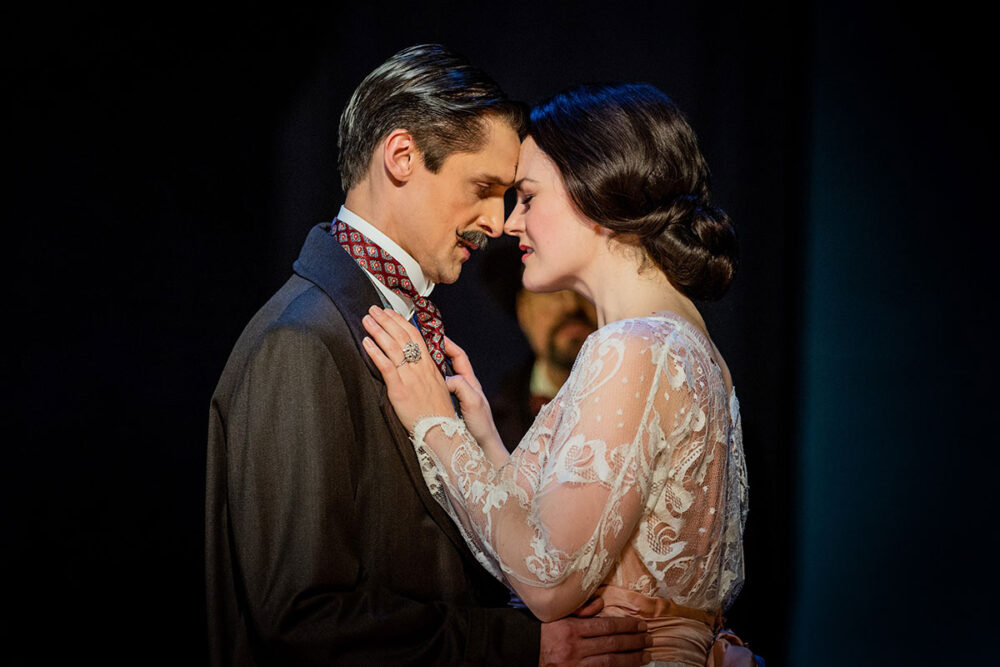 Quirijn de Lang as Almaviva and Maire Flavin as the Countess in The Marriage of Figaro. Photo by Robert Workman

This is the banker among Opera North’s three spring offerings at the Theatre Royal, and the place on Wednesday was packed.

Mozart’s much-loved opera has been performed many thousands of times and it promises an evening – a long evening, in excess of three hours – of music and laughter.

What’s more, Jo Davies’s production, supposedly set in Russia just before the revolution with the tattiness of the décor symbolic of changing times, is tried and tested and has had great reviews.

Funny to think that the very first performance in 1786 did not, although there are extenuating circumstances which are explained in an interesting programme essay.

This production is sung in English which isn’t always a blessing although Jeremy Sams’s translation is spot on and very funny.

There are no screens showing the running dialogue. You wouldn’t think they should be needed but they were helpful in Street Scene (one of Opera North’s other offerings) which is also sung in English.

Maybe the torrent of language, with so many characters chipping in, made it impossible. More likely it’s a tribute to the clarity of the singers whose every word reached me across the great divide of the orchestra pit.

At least it focused eyes on the stage where there was so much to enjoy.

The story is a tangled web of love, lust and misunderstanding with much hiding behind chairs, penning of fake letters and diving through doors. It’s a musical farce involving characters from all levels of society. 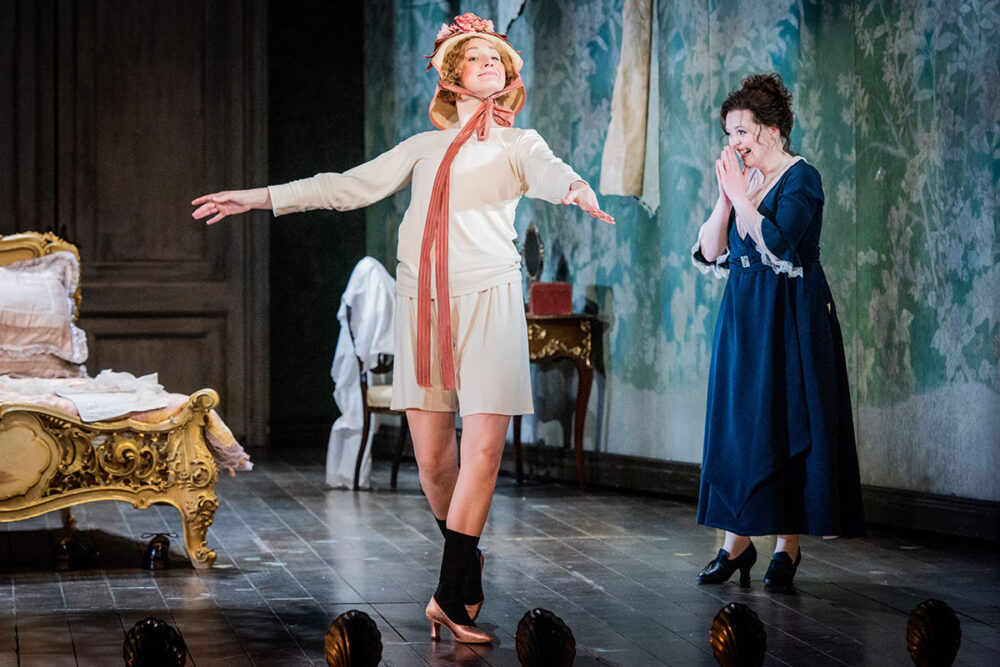 Heather Lowe as Cherubino and Fflur Wyn as Susanna. Photo by Robert Workman

Figaro and Susanna are servants to Count and Countess Almaviva respectively. They are to be wed but the Count plans to revive an old prerogative which means he can sleep with Susanna first.

The Count, to put it bluntly, has the hots for Susanna but Figaro plans to outwit him.

Meanwhile mischievous pageboy Cherubino, a so-called ‘breeches role’ for a soprano, and brilliantly performed by Heather Lowe who finds herself in male attire but having to disguise herself as a woman (it all adds to the fun), has the hots for everyone but especially the Countess.

We’re prepared for glorious mayhem by the orchestra whose overture, performed as a massive set of staircases and walls takes shape on stage, is trippingly light and bouncy, the musical equivalent of sly smiles and knowing glances.

On stage, though, the characters play it straight. Figaro, faultlessly sung by New Zealander Phillip Rhodes, looks a solid, dependable fellow but proves himself light of foot and nimble of mind.

Susanna, in a delightful performance by Fflur Wyn, proves herself to be more than his equal as she bids to preserve her modesty and keep everyone else happy at the same time. 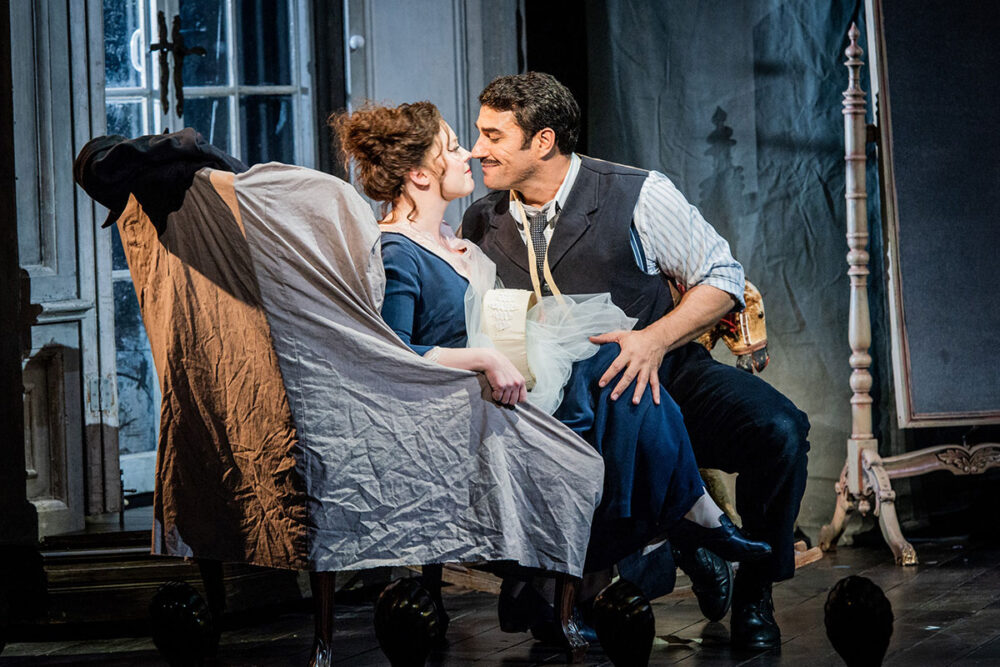 Fflur Wyn as Susanna and Phillip Rhodes as Figaro. Photo by Robert Workman

Count Almaviva should be the baddy but you can’t fail to warm to him here. He is in a perpetual state of beffudlement.

Dutch baritone Quirijn de Lang plays him as the very model of a ramrod-backed aristocrat whose clipped moustache and riding boots give him a military air and a touch of the Monty Pythons.

Countess Almaviva, meanwhile, is beautifully sung by Irish soprano Maire Flavin who seems to float above the action. She’s ever so serene and beautiful and so patently wronged. Or is she?

The truth is no-one in this musical escapade is wholly beyond reproach. All have something to hide.

But following some beautifully choreographed final act chaos in the garden, under the cover of night and with the aid of disguise, things work out for the best in the end.

The cast seemed to enjoy themselves as much as the audience and up-and-coming young conductor James Hendry was hauled on stage to share in the long applause.

There’s a second performance of The Marriage of Figaro on Saturday at 7pm. Tickets and details here.