David Whetstone was at the first night of Opera North’s Street Scene at the Theatre Royal. 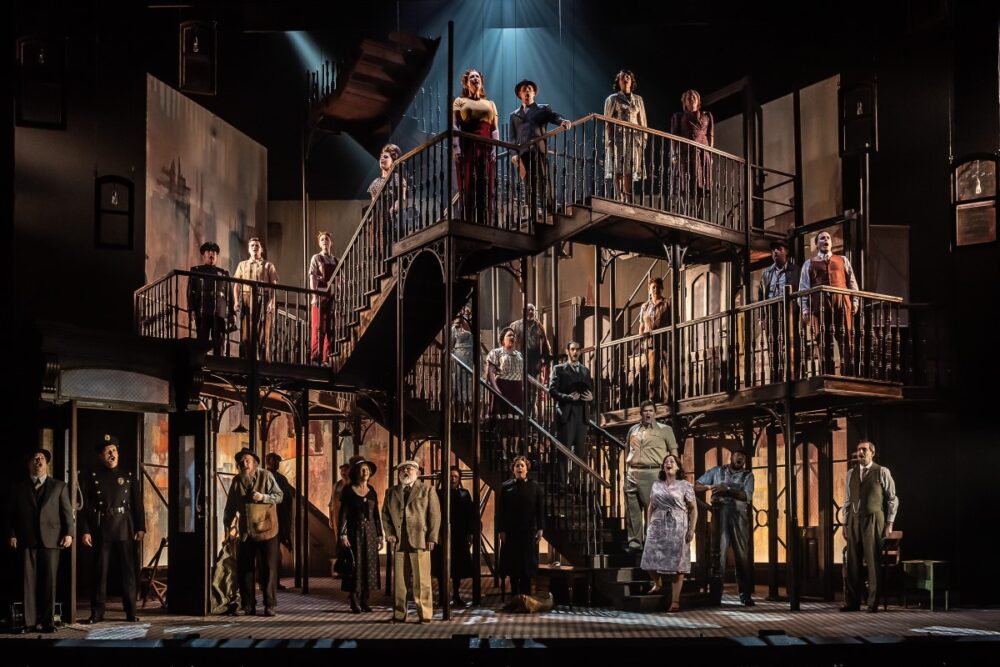 Less a single gripping narrative than a teeming slice of life, Kurt Weill’s opera-cum-musical has a heck of a lot to feast the ears and eyes on.

Opera North, under director Matthew Eberhardt and conductor James Holmes, are tackling it for the first time although some will recall a Scottish Opera production here 30 years ago.

That would have been the last time so this production will be on some people’s bucket list, although unfamiliarity maybe explained some empty seats on Tuesday night.

The gauze curtain rises on a towering set brilliantly evoking a New York tenement with criss-crossing fire escapes and doors in the sky.

Occasionally it’s the lonely platform for one or two characters but mostly it’s crowded with the multi-ethnic residents of this downmarket slice of the 1940s Big Apple.

What a sight and sound they make, the production’s principals joined by Chorus members in slightly lesser roles (the distinctions are fine) and a fizzing bunch of accomplished children.

Meanwhile in the pit, the orchestra weaves Weill’s magic around an eclectic score featuring everything from the poignant timbre of strings to wah-wah trumpet.

The action begins on a hot day. Goodness it’s hot. Everyone’s singing and talking about the sapping heat (this being an opera/musical where words are spoken as well as sung).

“God, I’m sweating; my dog’s fretting” goes one of the lines attributed to lyricists Langston Hughes and Elmer Rice, author of the play on which Street Scene is based.

Then cheerful Lippo Fiorentino (Christopher Turner) appears with cornets and the perspiring multitude lays off moaning to sing about ice-cream. 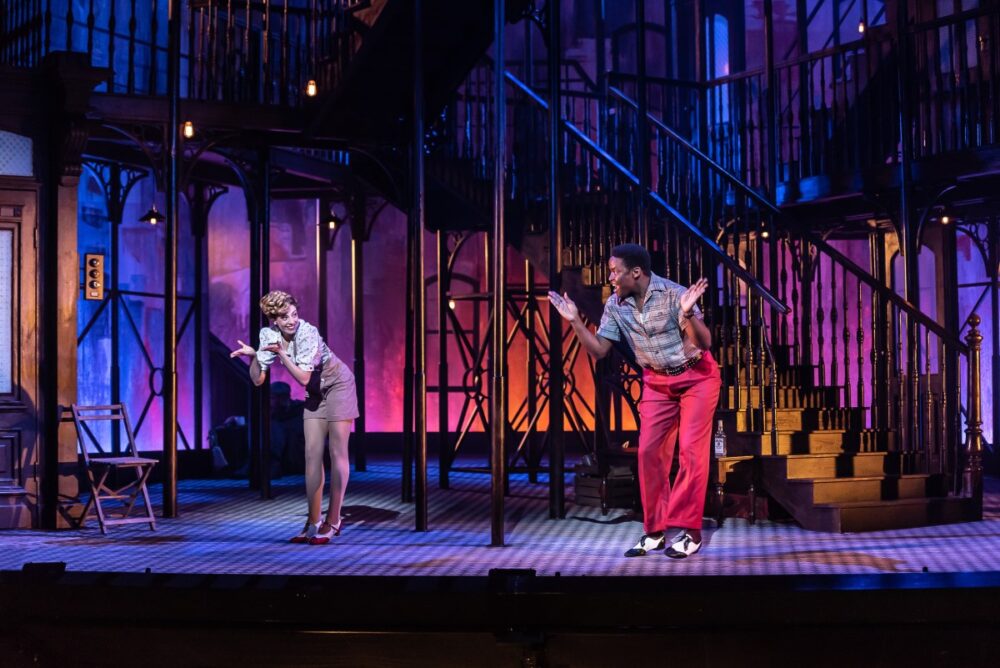 Lots of families inhabit this literal human melting pot: the Maurrants, the Kaplans, the Joneses, the Fiorentinos, the Olsens, the Hildebrands. All must rub along somehow.

The versatile Giselle Allen gives a customarily assured performance as Mrs Anna Maurrant whose unhappy marriage to sullen Frank (Robert Hayward in overalls) gives rise to mutterings about the nature of her relationship with milkman Steve Sankey (Paul Gibson).

Frank, meanwhile, simmering inside, is in a state of mounting irritation with daughter Rose who is out late with her creepy boss, Mr Easter (Quirijn de Lang).

The man who really cares about Rose, though, is bookish Sam Kaplan, the unlikely suitor. It’s nice to see Alex Banfield, from Morpeth, a graduate of the North East’s Samling Academy, excelling in this principal role.

Sam’s touching relationship with Rose, performed by Gillene Butterfield, has a plausible chemistry.

An injection of showbiz comes with a jitterbug routine from South Shields-born Michelle Andrews as a winsome Mae Jones and nimble Rodney Vubya as her pal Dick.

The number they dance to, Moon-faced, Starry-eyed, is unapologetically Broadway. My feet may not have been tapping but they were twitching.

Weill’s opera-musical hybrid has its eccentricities and, perhaps inevitably, it tugs this way and that on your emotions.

It looks like the work of a man – an immigrant from Germany where the Nazis were clamping down – in thrall to the sights, sounds, possibilities and freedoms of New York and wanting to pack everything in.

But he knew it wasn’t all good and his story doesn’t end happily. People, as we see, got evicted if they couldn’t pay the rent and arguments could flare up at any time.

During a row between Frank, who says some people should go back where they came from, and Jewish leftie Abraham Kaplan (Dean Robinson) who argues for an equitable society, a murmur of recognition rises from the audience.

But despite contemporary echoes, Street Scene describes a moment in time. To me it felt like a journey and while I can’t pretend I came away humming the tunes, I was glad I went for the ride.

There’s a second performance on Friday (March 6) and Opera North are also performing The Marriage of Figaro and The Turn of the Screw. Ticket details here.