David Whetstone was charmed by a glorious production during Opera North’s Newcastle stay. 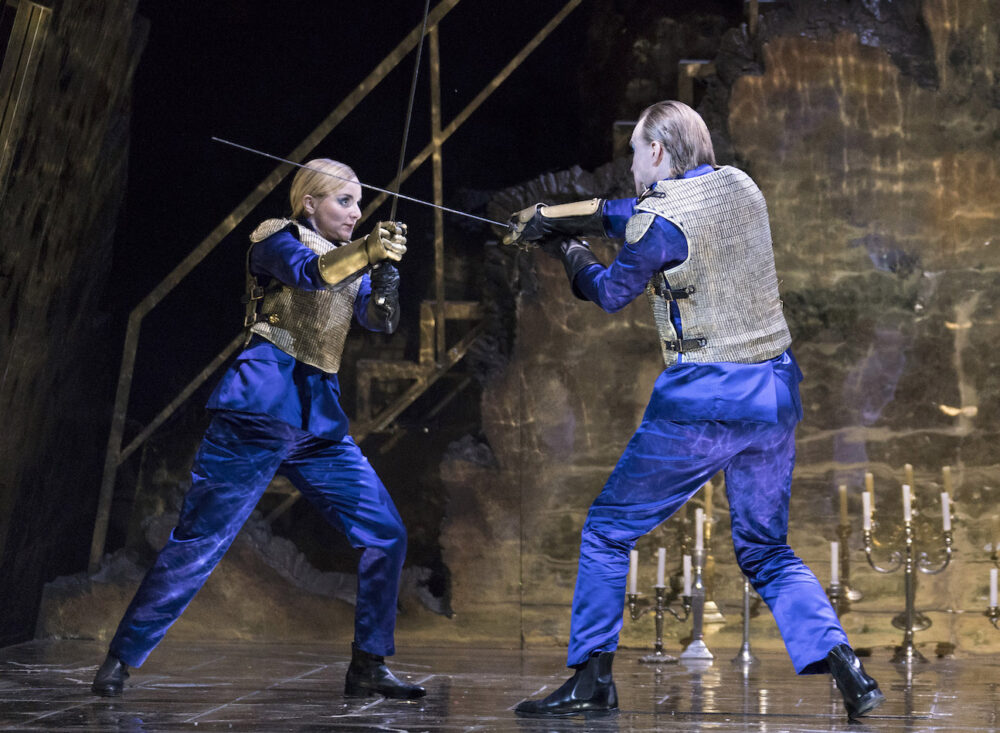 Full title: Giulio Cesare in Egitto (Julius Caesar in Egypt). Loosely based, says Wikipedia, on historic events during the Roman Civil War of 49-45 BC.

I love that ‘loosely’. Opera, while inhabited by supremely talented individuals, is driven less by facts than effects, dramatic and musical.

In gender terms, though, this wonderful production (directed by Tim Albery, conducted by Christian Curnyn) seems of the moment.

Caesar is sung by a woman, as is Sesto (bravo to Heather Lowe, another who has Samling on her CV), the vengeful youth who kills the conquering Roman general’s bitter enemy, Tolomeo.

According to the programme, it is partly down to early 18th Century audience pleasing that Tolomeo, who rules Egypt with sister Cleopatra, is sung by a man with a high voice.

Castrati, whose shortcomings below the belt produced extraordinary results above it, were megastars in the 1720s and Handel duly cast them – just as he would cast a woman over a man if he thought she sang better.

These days we have counter-tenors and James Laing is among the best, infusing his Tolomeo with a delicious wickedness which the voice somehow accentuates.

The story starts with Tolomeo murdering Cesare’s Roman rival, Pompeo. Henchman Achilla (Darren Jeffery, bass-baritone) is instructed to present the body to Cesare as a gift.

It is not well received. Cesare thinks it most unsporting and Pompeo’s wife Cornelia (Catherine Hopper) and son Sesto are wracked with grief and anger. 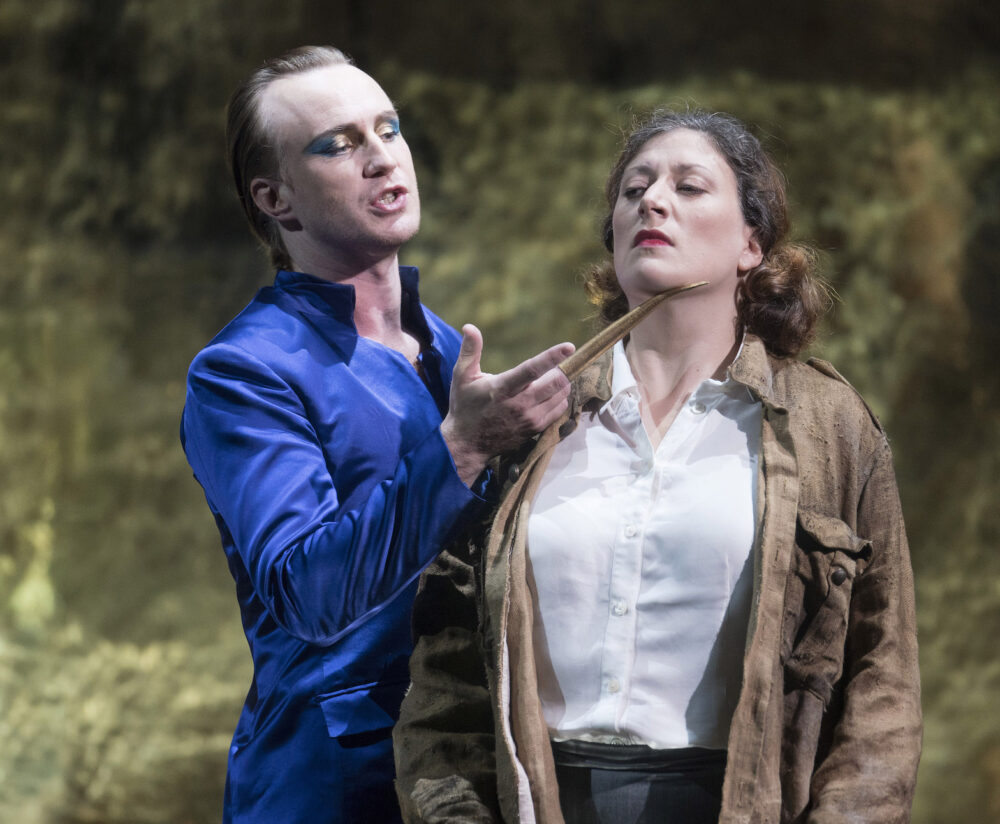 Swedish contralto Maria Sanner makes a commanding Cesare with her blokeish haircut and muddied trench coat – this being sort of modern dress – and it’s no surprise when Cleopatra falls for him/her.

Blonde and necessarily petite (unless Ms Sanner is extremely tall), Lucie Chartin is miles away from stock images of Cleopatra, but her voice is a sublime instrument.

It certainly gets a good workout.

Handel’s music flows in glorious torrents, aria after aria, with words stretched over multiple roller coaster notes (there’s bound to be a technical term). You marvel at the vocal gymnastics it demands.

The orchestra plays a fulsome part. What is effectively a duet between Cleopatra and horn was one of many highlights. Truly haunting.

And the whole thing is played out on Leslie Travers’s mighty set, an austere pyramid with the top lopped off which swivels to reveal the indulgent golden sheen of the Egyptian palace.

Here it is that Tolomeo and Cleopatra, in matching purple, spit and spar; and where a smitten Caesar espies Cleopatra, pretending to be Lydia, a noblewoman, bathing her feet in what looks like liquid gold.

The music rolls on for three hours (minus interval) – though it would have been four without cuts.

You can imagine a 1720s audience, rapt beneath powdered wigs, wouldn’t have fidgeted. They were made of stern stuff back then. Sermons probably lasted longer.

Even without wig, the time flew by. Shame about the lone performance but you can see why. This is one of those lesser known offerings that La boheme and its ilk make possible.

Back to articles
« Finding balletLORENT’s Lost Happy Endings
Back with the boys again: Jimmy Nail returns for Sunday for Sammy 20th anniversary show »
Share on
Share on