The RSC is back at the Theatre Royal. David Whetstone reviews Measure for Measure, one of three plays it has brought to Newcastle 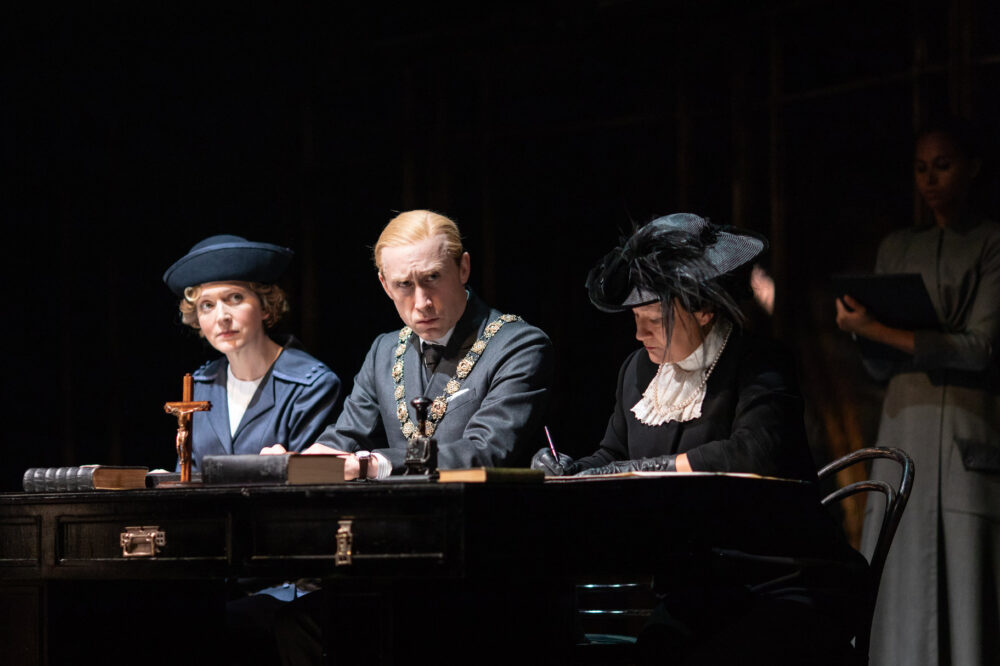 The Royal Shakespeare Company is back with what feels almost like a season – three big shows rotating over a fortnight with members of the acting company popping up in different roles.

It opened with a cracker, RSC artistic director Greg Doran’s riveting new production of Measure for Measure whose opening performance hardly could have been timelier.

Sexual politics permeate a play that was listed as a comedy – and is still very funny, as this excellent cast demonstrates – but has themes that are dark and seemingly ageless.

Duke Vincentio, supposedly worried that people have been flouting laws that have lain dormant too long, puts deputy Angelo in charge, explaining that he’s going overseas. In fact, he disguises himself as a monk to see how things pan out. 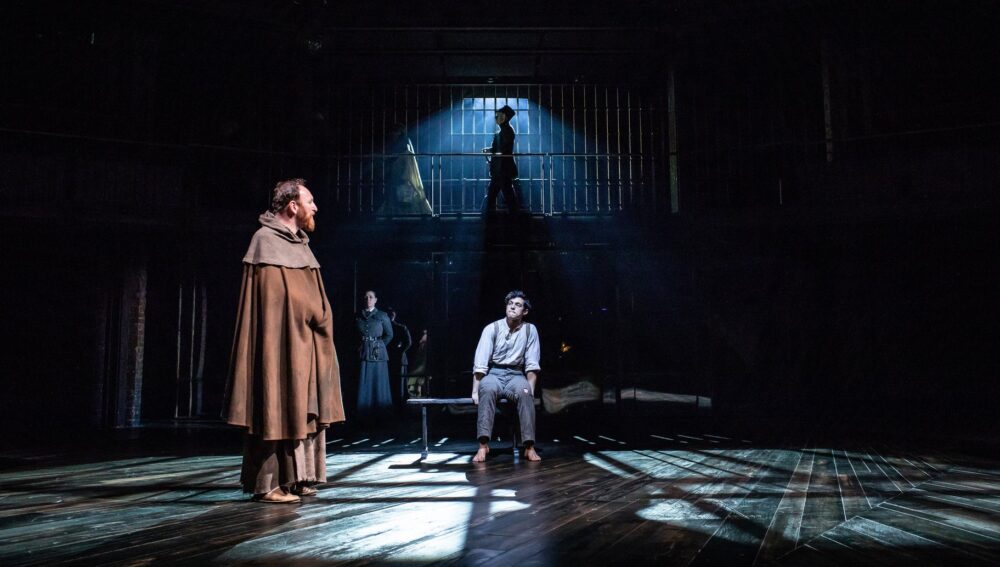 Antony Byrne, who grew up on Tyneside, makes a fabulous Duke, both commanding – “Angelooo!” he roars, summoning his number two – and comedic, as when getting to grips with monastic niceties.

He’s a hard man to read, keeping us on our toes as well as the characters on stage. Likeable? Well-meaning? Merciful? Or manipulative and simply another manifestation of overbearing male power?

Isabella, with Lucy Phelps giving voice to the novice nun’s anger and anguish, is never quite sure, as we see in the play’s curiously open-ended finale.

The most shocking scenes are when Isabella begs Angelo to spare the life of brother Claudio (James Cooney) and he asks for sexual favours in return. 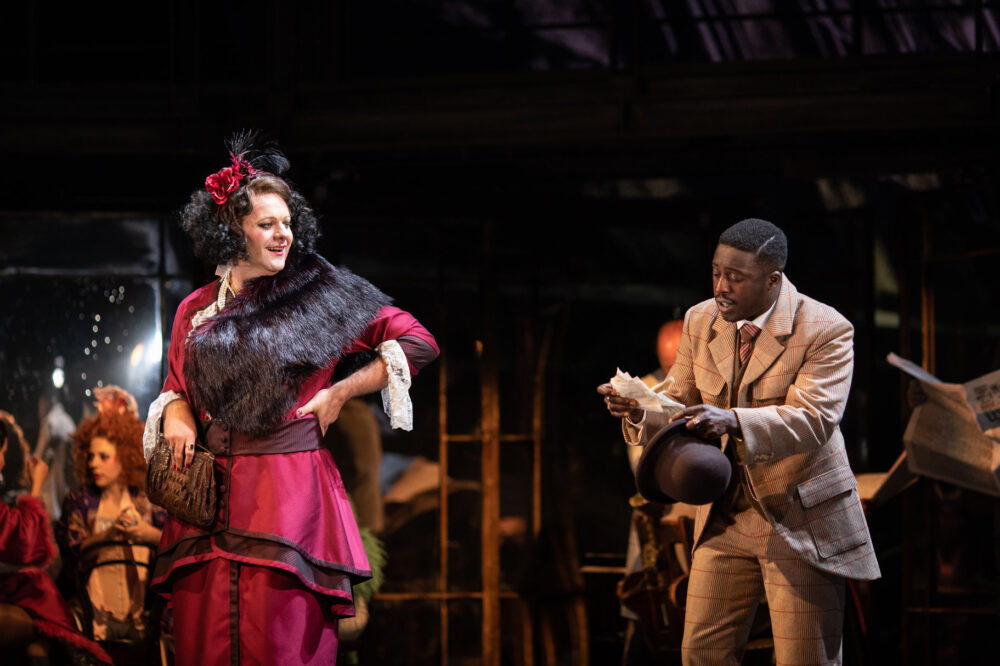 When the young woman threatens to “tell the world aloud what man thou art”, he replies: “Who will believe thee?”

Cur murmur of #MeToo-inspired indignation from the auditorium.

Angelo is the ruthless law enforcer promoted beyond his capabilities and Sandy Grierson, who looked a little like grey-suited Putin from my vantage point, has him to a tee.

Isabella has the measure of him, snapping that while it’s excellent to have a giant’s strength, “it is tyrannous to use it like a giant”.

But this play’s troubling themes are packaged in comedy and the lighter things of life. It opens with a Viennese waltz, this being early 20th Century Vienna, and re-starts after the interval with a song beautifully sung by Hannah Azuounye. 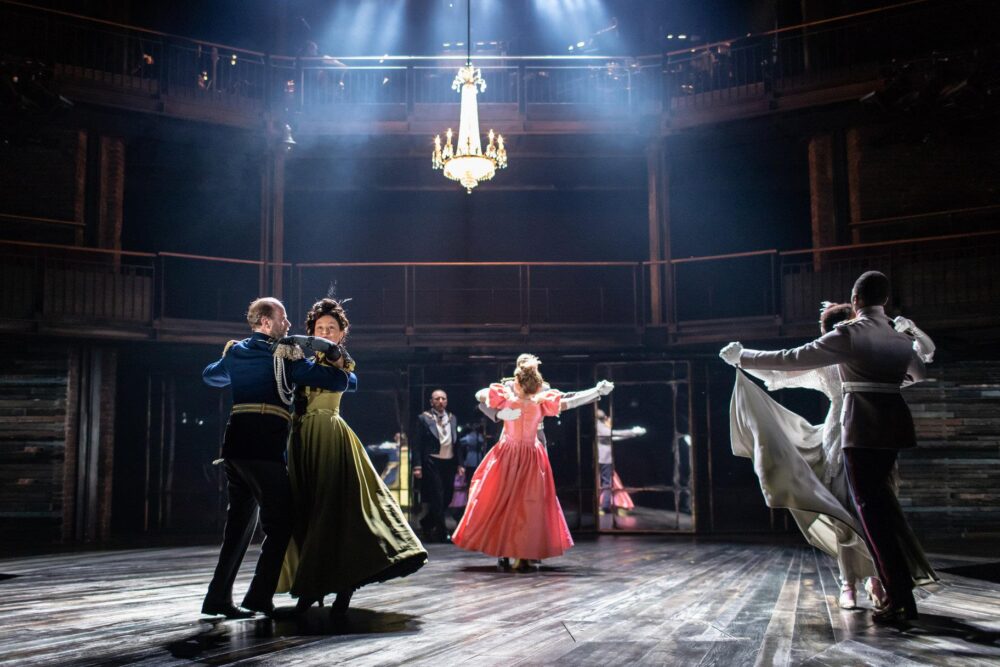 This role is given to a boy in the text but the RSC plays around with gender these days. Graeme Brookes plays an outrageously over-the-top Mistress Overdone, the brothel keeper, and Claire Price makes a brisk and efficient Escalus, the councillor, a role usually handed to a greybeard.

All play their part. Joseph Arkley, who will also appear as Katherine (yes, Katherine) in The Taming of the Shrew, is perfectly cast as Lucio, a spiv, and David Ajao, as Pompey the pimp, has the audience in the palm of his hand and even risks a (probably well-rehearsed) ad lib.

The best that can be said about this Measure for Measure is that Wednesday evening’s audience was rapt from start to finish.

There may have been other reasons why nobody coughed – it’s not what anyone wants to be seen doing in public at present – but there was a pin-drop atmosphere and you could sense the actors responding.

The RSC always loved that about its Newcastle audiences when long seasons on Tyneside were the norm. It seems the appetite for and appreciation of this great theatre company hasn’t gone away.

There are further performances of Measure for Measure before March 21. The play alternates with As You Like It and The Taming of the Shrew. See www.theatreroyal.co.uk for details and to book or call 08448 11 2 121.

Back to articles
« Sugar will leave you feeling bitter. These women deserved better.
Newcastle artist has the stars in stitches »
Share on
Share on