Sam Wonfor gets the flags out to herald the start of a marathon run of Les Miserables at Newcastle Theatre Royal. 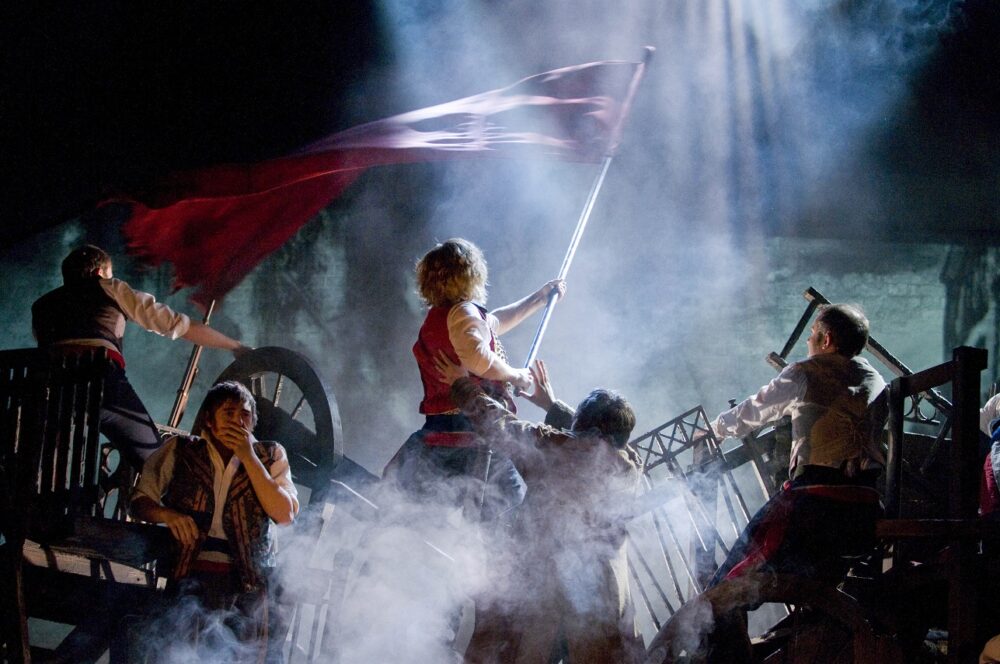 Les Miserables is at Newcastle Theatre Royal until October 2019

What a week my emotions are having.

While Monday night saw me reduced to wreck proportions at the end of Netflix’s brilliant-but-harrowing prison drama, Orange Is The New Black, (spoiler alert, it’s brilliant but harrowing) Tuesday evening brought more tragedy and struggle into breathtaking view as I broke my Les Miserables duck at Newcastle Theatre Royal.

Yes, that’s right. My name is Sam Wonfor. I’ve been writing about arts, entertainment and cultural loveliness for the best part of 20 years and I’d somehow managed to miss the legend that is, Les Mis.

Sure, I can sing along to a load of the songs, thanks to the manner in which Boublil and Schönberg’s musical has sewn itself into airwaves of all sorts since it debuted more than 30 years ago.

And yes, I’d seen enough clips of the 2012 Oscar-winning film adaptation to get the gist of the setting and plot.

But deary me. Seeing Cameron Mackintosh’s epic touring production in all its rousing glory was such a heart-swelling treat. 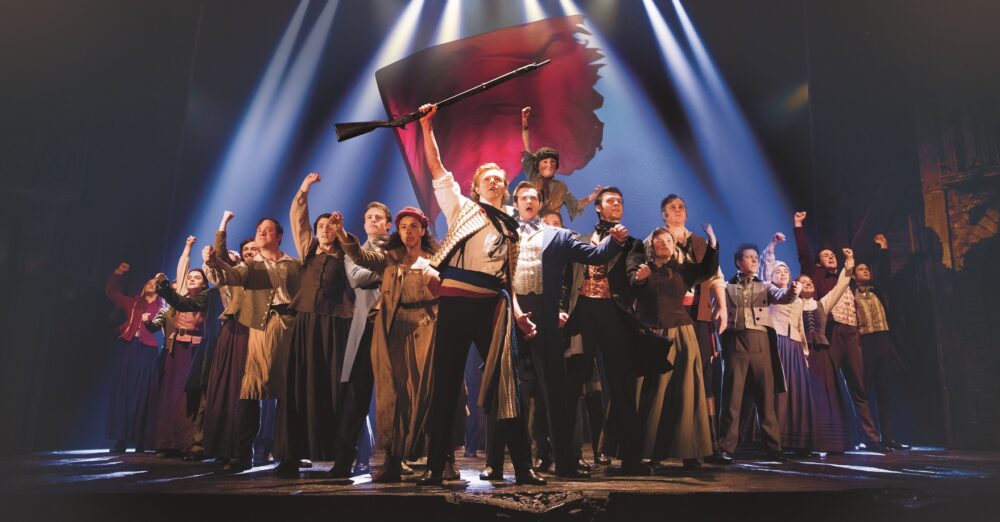 The cast put in an absolute stormer of a performance

As a rule, a three-hour running time gets me a bit twitchy. But this show absolutely whips along, underpinning its stories of desperation and tragedy with large helpings of love and courage.

Based on Victor Hugo’s 1862 novel, (strange the Blaydon Races never got a mention) the story takes place in 19th century France, which was by all accounts a pretty terrible time to be poor.

It follows the life of Jean Valjean, a man who is released from prison having served a 19-year sentence for stealing bread for his starving baby nephew in the aftermath of the French Revolution (presumably the infant didn’t like cake).

The ex-convict is brilliantly portrayed by Killian Donnelly, who might appear too young to have served such a stretch in prison, but is entirely convincing nonetheless and nails every note and nuance of his performance.

This is just as well as all the dialogue in Les Mis is sung, which means you have to pay attention to each and every line of the almost 50 songs if you want to have any idea what’s going on. Thankfully the soundtrack is famous for all the best reasons.

Valjean soon finds that life on parole isn’t much better than hard labour, but thanks to an extremely merciful bishop, he’s given a second chance at life and he is determined to take it. 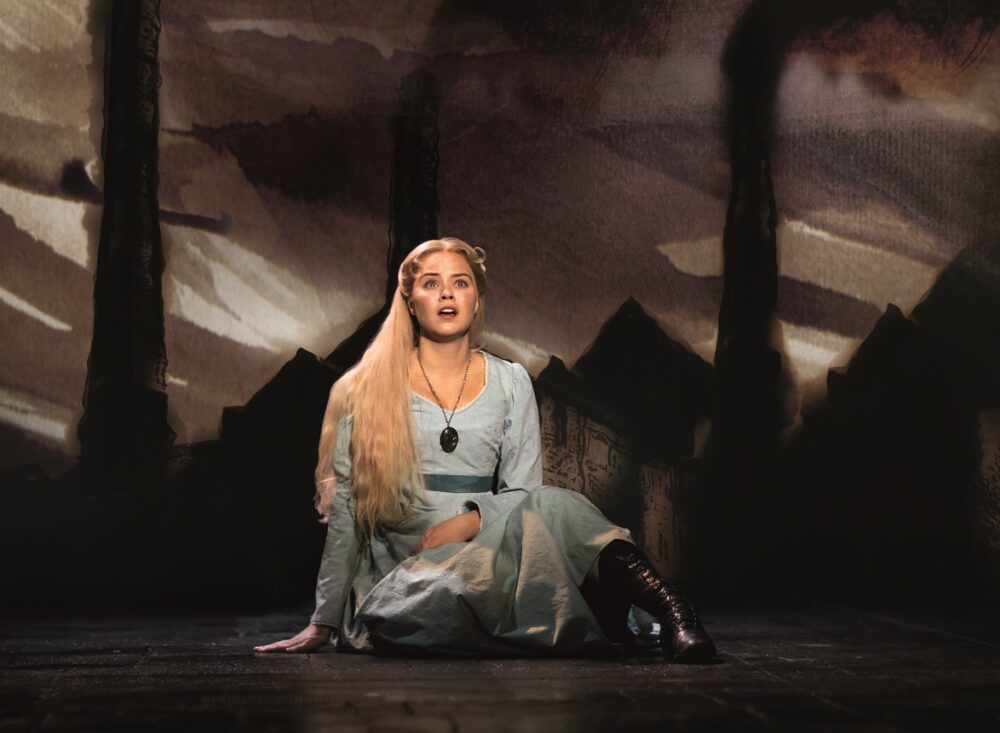 Katie Hill is wonderful as Fantine in Les Miserables

They don’t call the show ‘Les Glums’ for nothing however, and it isn’t long before his newfound wealth and happiness brings him a nemesis in the form of policeman Javert, who will stop at nothing to put Valjean back behind bars.

Javert is fantastically played by the larger than life Nic Greenshields, whose booming voice may well have lasting effects on those seated in the front row at the Theatre Royal.

Along the way Valjean meets young single mother Fantine, whose struggles to provide for her child makes his own life look like a picnic under the Eiffel Tower. Fantine is played by Katie Hill, and if she doesn’t break your heart a little bit then you’re tougher than me. Her mesmerising performance of I Dreamed a Dream is a highlight in a show packed with with standout moments.

Indeed the entire cast deserve praise, the supporting roles are performed in smashing fashion – with Martin Ball and Sophie-Louise Dann singling themselves out as much-needed comedy turn, the Thernadiers – and the ensemble performers ensure that the big numbers hit home forcefully while dealing with more costume changes than you’d think possible. 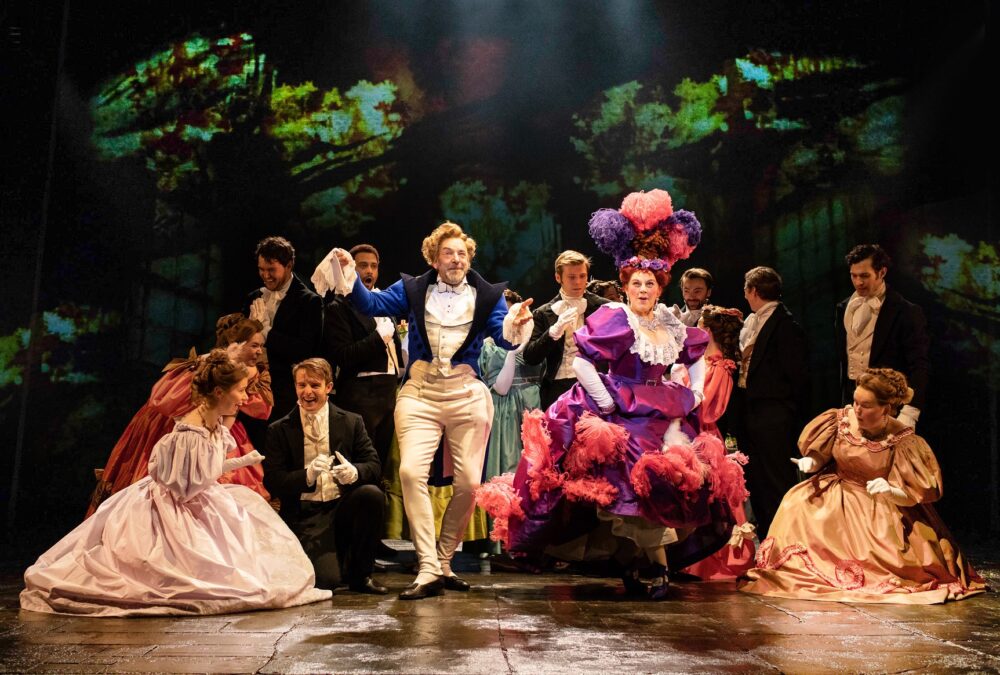 The sound is excellent throughout, with the live orchestra bringing life and bombast to the legendary songs, and I genuinely don’t think I’ve heard anything sound so impressive in all the years I’ve been coming to this historic theatre.

Lastly, I can’t fail to praise the excellent sets, both for the way they take you back almost 200 years and for the ingenuity that allows so many locations to be recreated in such a short space of time. We flit between ships, sewers, barricades and factories with barely a pause for breath, one of the many ways this performance of Les Miserables is a truly remarkable spectacle.

I probably don’t need to add this, but if you haven’t secured your ticket as yet, then I very much would.

Les Miserables is at Newcastle Theatre Royal until October 5. Tickets are flying out the door, so good luck! Call the box office on 08448 11 21 21 or visit www.theatreroyal.co.uk to book.