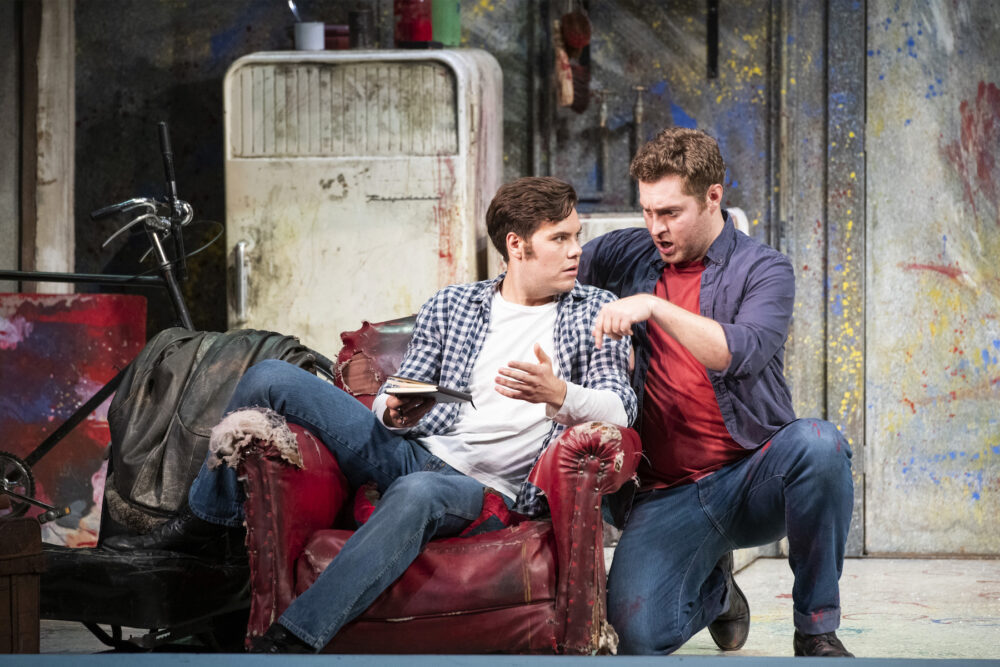 Phyllida Lloyd is the director who gifted us Mamma Mia! – both stage show and film – but several years before either of those she turned her hand to Puccini.

Opera North commissioned her in 1993 to direct the composer’s famous opera of 1896. She promptly updated it to the late 1950s.

Perhaps it was what brought ABBA to her door. But before fans of the Scandi fab four storm the box office, I should point out, without wishing to suggest you can’t enjoy both, that Mamma Mia! and La bohème are beasts of a very different stripe.

In neither of them are love and passion understated, to say the least, but whereas Mamma Mia! Ends with a wedding and Take a Chance on Me, La bohème very definitely does not.

It is very, very, very sad. But in the best way possible, since any tears are likely to be tempered with more than a shiver of appreciation and the knowledge that within minutes of Mimi’s sad corpse disappearing behind the falling curtain, she will be on her feet milking thunderous applause.

That is what happened here on opening night and that has tended to be the case with an opera whose music has enthralled millions and is never going to be a pointless answer on Pointless. 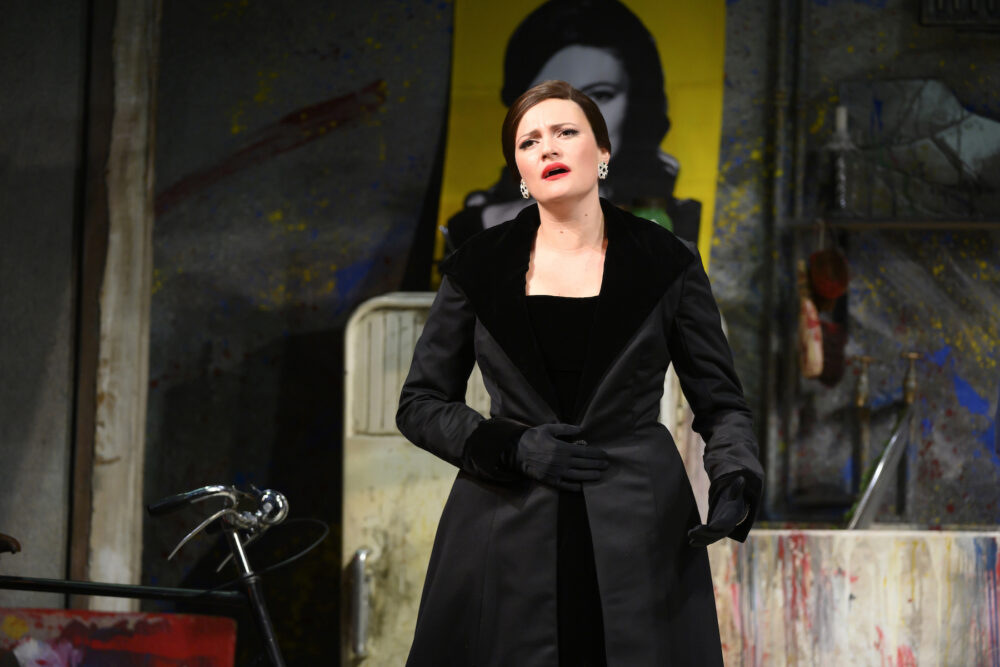 Productions vary, of course. But the fact that this one has been toured seven times tells you all you need to know about Phyllida Lloyd’s hit-making qualities and its worth to the Opera North coffers.

I saw it here in 2010 (different cast, of course). Loved it then, loved it again this time around in a second revival by Michael Barker-Caven. It is full of colour, energy, even comedy, although it ends, as it has to end, in the worst possible way.

The sets are brilliant. The action begins in a flat which looks more like an artist’s paint-daubed studio – boho with knobs on – where four young men, struggling arty types, enjoy a boozing, back-slapping type of friendship.

The landlord (“Benoit, fasciste” proclaims the playful poster on the door) comes for the rent and instead they get him drunk and head off for a meal – well, apart from Rodolfo, who stays to finish some writing so is available to answer the door when neighbour Mimi knocks to request a light for her candle.

Bam! Love is ignited – and there is enough on-stage chemistry between Thomas Atkins and Katie Bird to make you believe in it.

Thomas Atkins as Rodolfo and Katie Bird as Mimì

Both sing beautifully, with their declarations of instant infatuation prompting applause from that section of an operatic audience that generally knows what’s coming – but no less deserved for that.

The opera has another prominent couple, mischievous Musetta and Marcello whom she has abandoned for a wealthy older man. They come to the fore in the diner where Marcello’s jealousy gets the better of him, just as Musetta hoped it would.

Musetta on opening night was Samantha Clarke, another soaring soprano and – like Atkins, Bird and others in the company – a masterclass graduate of the Hexham-based Samling Institute of Young Artists.

Nice to see them doing so well. 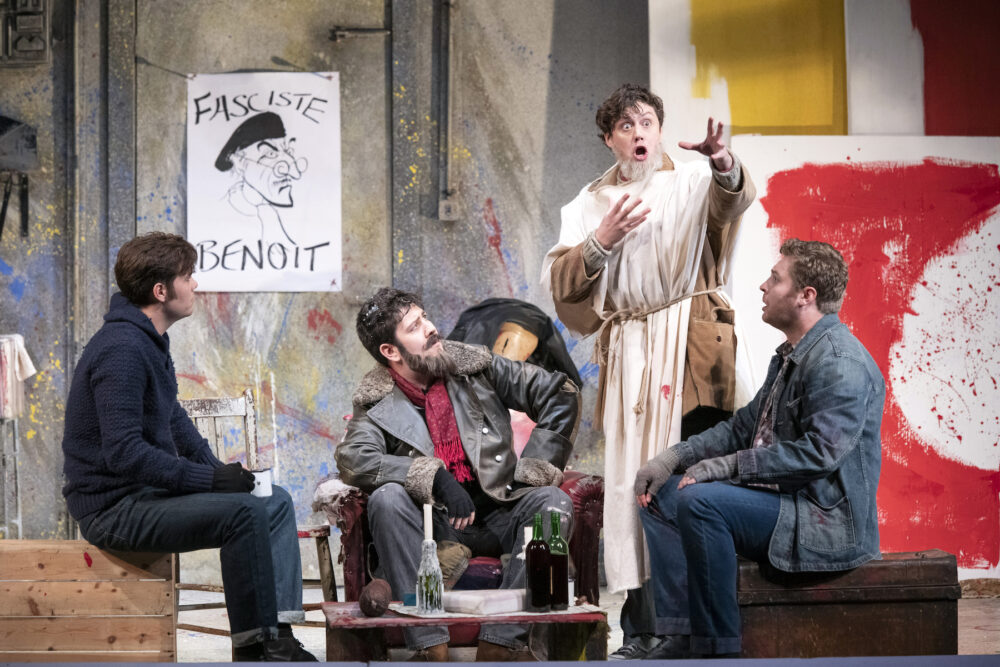 I should add that the diner scene is wonderful, leading on to the moment when the Opera North Chorus, bolstered by a team of children revelling in their moment in the spotlight, generate a spirit of Christmassy fun and bonhomie.

Timothy Nelson plays Marcello the painter as a fully rounded human being, playful, jealous, a bit of a lad with his Jackson Pollock-style daubs and his boozy sulks but a good friend when the chips are down.

You do wonder, though, if they couldn’t have acted a bit more promptly in response to Mimi’s alarming health problems. She, having endured a bit of an on-off affair with Rodolfo, bears all with fortitude and manages to send her dying words soaring out over Opera North’s reliably brilliant orchestra.

It’s sung in Italian with English on-screen translation, so we’d know even without the very good acting that one of the lads feels his “genius is on fire” and that a pink beret can be the way to a girl’s heart.

Two casts are engaged for La bohème in Newcastle so it might be the other lot you see. But it is on again on Thursday (Oct 31) and Friday (Nov 1) and is very unlikely to disappoint, whoever’s doing the vocals.
Tickets from the website or call 08448 112121.