A story which takes in Zambia, Fenham and a Bafta-award-winning Ken Loach film is being told in memorable fashion at Live Theatre in Newcastle. David Whetstone reviews Shine. 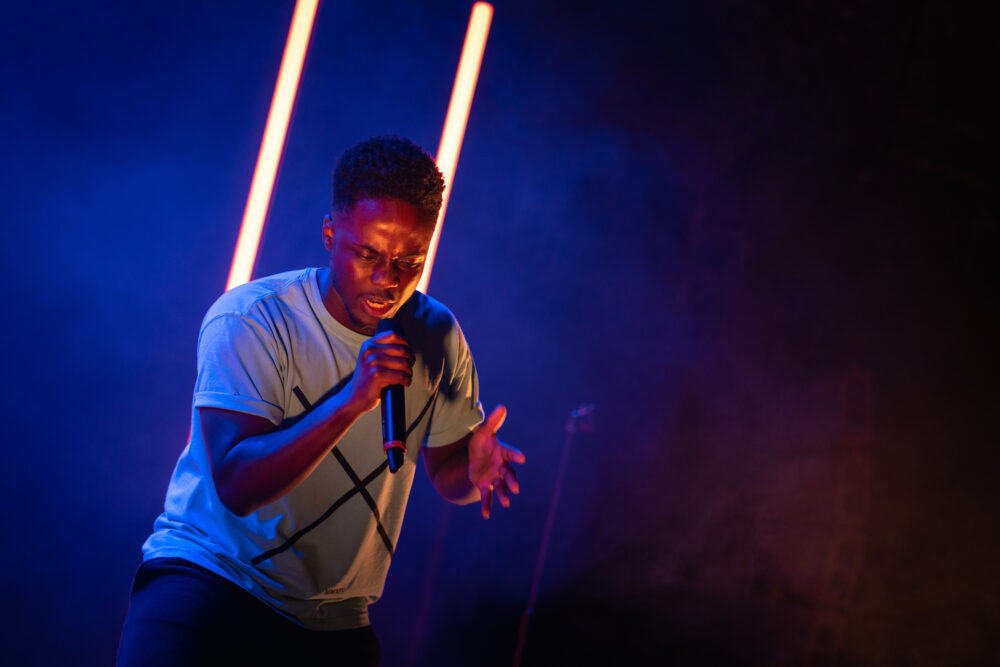 The question of how to attract more black and ethnic minority audience members has exercised theatre bosses for years.

Putting their stories on stage would seem to be at least part of the solution. Having them told by performers blessed with Kema Sikazwe’s charm and charisma clearly also helps.

In Shine – “the one who shines”, according to his mother, being the literal translation of his first name – Kema is telling not any old story but his own.

And what a story! The young man from Zambia by way of Newcastle’s West End seems to have packed more into his 25 years than most people manage in three score and 10.

Now he is making a name for himself as a rapper, musician and actor (he played China in Ken Loach’s film I, Daniel Blake) as he proceeds on his metaphorical rollercoaster ride.

His experiences have been fashioned with the help of director Graeme Thompson into a pulsating 70-minute show played out against a backdrop of flashing neon strips.

Kema was three when he came to Britain with his parents and older brother. He tells us his father’s uncle Ron Penza, Zambia’s finance minister, paid their way and his links with Newcastle University explained their arrival in a city with few black faces.

The family expected Buckingham Palace on every corner. What they got was Stanhope Street.

Kema’s memories of Zambia, understandably sketchy, are of blue skies and chasing chickens. He tells us with certainty that in Zambia there’s no middle class – just the rich who get the cream and the poor who wait for work.

While the family recognised a strong sense of community in their adopted Newcastle suburb, Kema soon learned it was not a place of gilded privilege. Drugs, crime and violence were part of life. 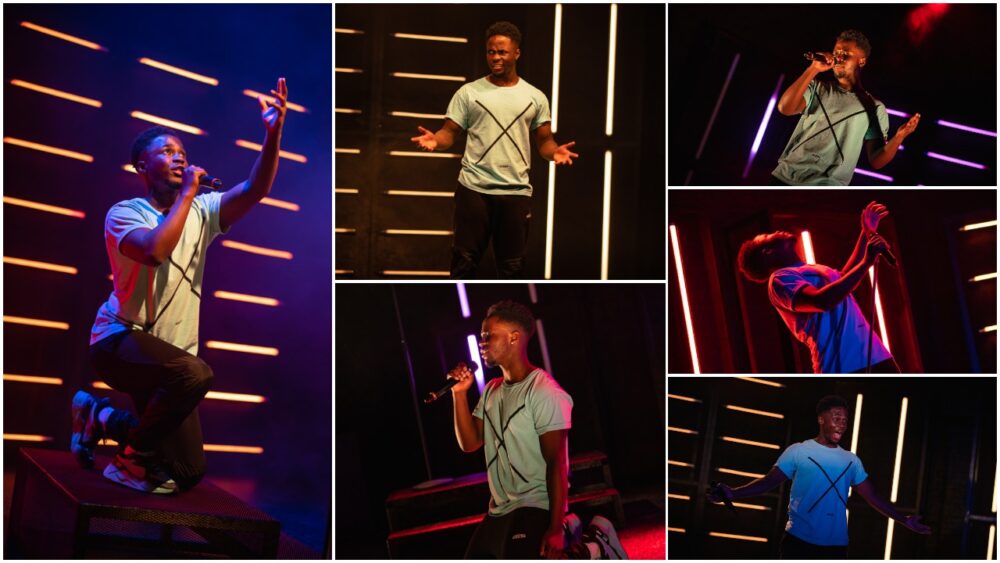 At big school he was either ignored – the recognised tribes, the ‘charvers’ and the Asians, didn’t recognise him – or racially abused.

Provoked into punching a tormentor, he found himself in trouble with the law. To his surprise it earned him some playground respect and for a time he saw this as the way to go.

Meanwhile word had come from Zambia that the family benefactor had been shot and killed and their future in Britain was uncertain.

Then, after giving birth to a baby girl, Kema’s beloved, music-loving mother returned to Zambia. No explanation was offered to him or is given to us and his yearning for her return and learning of her death forms the most moving part of the show.

The pair did speak on the phone and her advice to her troubled son to confront his problems through writing was heeded.

While his brother turned to drugs, words and music have been Kema’s salvation.

The African boy who learned to say “Ah reet, wor kid” on the streets of Newcastle had the gift of the gab. Written words led to rapping – he performs as Kema Kay for the benefit of those who find his real name a challenge – and his prowess brought a following.

Now he goes into schools to shows kids how to rap, urging them to channel their own experiences rather than the gangland slang they hear on the internet.

Shine, with spoken words interspersed with songs and rap, elicited grunts of recognition, gasps of sympathy and much laughter from one of the most racially and generationally mixed theatre audiences I’ve been part of.

Kema, with his talent, likeability, confidence and hard-won wisdom, is indeed a shining example of how to rise above setbacks and he’ll surely go far (a film based on the show is in the offing).

In the immediate future, however, he’s off to Scotland.

Back to articles
« Treading the Floorboards
Review: Voltimand and Cornelius are Joyfully Returned at People’s Theatre Studio »
Share on
Share on