If you like your musicals served in glorious technicolor, then the Theatre Royal is the place for you this week. Sam Wonfor found the most colourful coat she had (it was still black) and got herself down there. 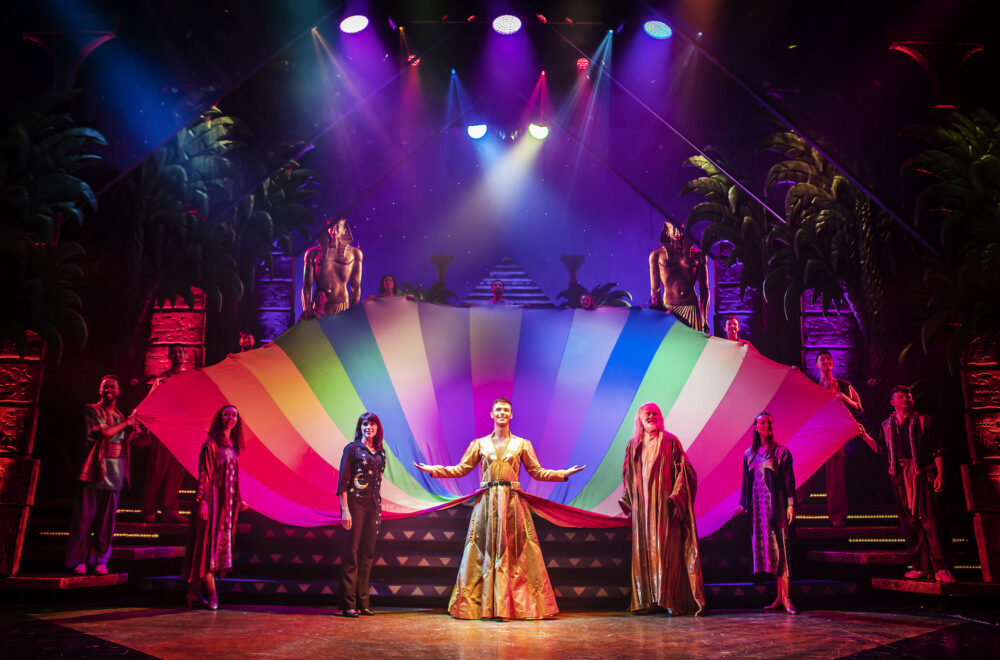 Tuesday night at Newcastle Theatre Royal and it was a case of ‘Poor poor Jaymi, whatcha gonna do? Your knee is black and blue, well whatcha gonna do?’ (An intro which works best for the longtime and enthusiastic fans of Joseph and the Amazing Technicolor© Dreamcoat, of which there are LOADS.)

Union J star Jaymi Hensley added ‘show must go on hero’ to his CV underneath the most recent entry, which sees him donning the famous coat of many colours in Bill Kenwright’s sparkling production of Tim Rice and Andrew Lloyd Webber’s smash hit musical, which will be bathing the Theatre Royal stalls in rainbows until Saturday (April 6).

An announcement before curtain up clarified that the blue support bandage Jaymi would be sporting throughout the performance was not a new costume accessory they were trying out… more he had opted to power through like a true trouper after suffering a knee-related mishap.

As we found out later, just half an hour before the first bars of the overture, the sizeable cast (all those brothers!) were busy re-blocking big chunks of the performance to accommodate their injured leading man. And they did a sterling job. 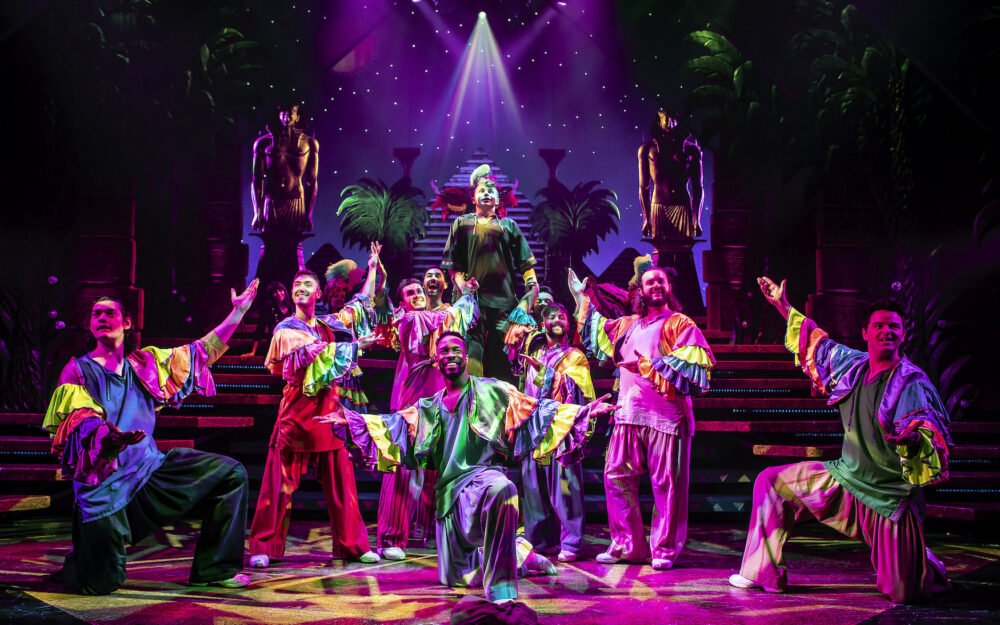 Aside from the odd limp – and the aforementioned knee support – there was no evidence of anything being amiss throughout the non-stop and very high-energy performance, which recounts the bible’s most kaleidoscopic tale through nothing but song.

For the uninitiated, the story swirls around Jacob’s favourite son. One of a dozen, Joseph is the one Jacob loves the most – and just to make sure everyone knows it (elementary parenting mistake right there) he gives him a coat boasting all the colours of the rainbow and then some.

This, coupled with the fact that Joseph is unquestionably a pain in the neck of whiplash proportions, sees his brothers decide to get rid – selling him up the Nile into slavery.

After getting himself into bother and subsequently into jail, Joseph discovers he’s pretty special when it comes to spelling out the meaning of dreams.

So when the Pharoah is having a nightmare trying to decipher his dreams, Joseph steps up, in impressive fashion to save the day – saving himself into the bargain.

It’s not long before everyone is reunited and rejoicing in Joseph’s cleverness… he did deserve the special clobber after all.

Founded in a concept album of 1969, the iconic musical’s score features a melting pot of musical homages, including everyone’s favourite Elvis impersonator, the Pharoah himself.

A lively way to spend a couple of hours, the show features a crowd of timeless songs including Go, Go, Go Joseph, Any Dream Will Do, Jacob and Sons, Poor Poor Joseph and Close Every Door To Me. While not compulsory, singing along is absolutely inevitable. Even 24 hours after that finale Joseph megamix. 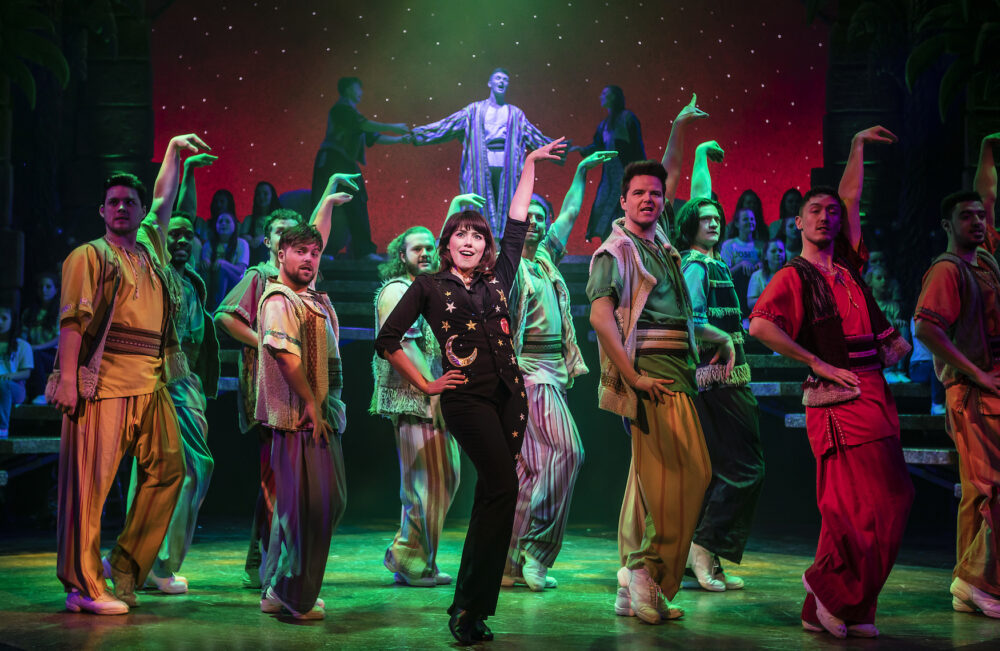 Making his major musical debut, Jaymi – who got his big break as part of the X Factor bandwagon of 2013 – led the very capable cast in confident and colourful fashion.

Trina Hill also deserves a big slice of the applause for belting out the story and keeping everyone on track as the Narrator.

Meanwhile the Joseph children’s choir, made up of pupils from Northern Star Theatre Arts in Sunderland also did themselves proud +10.

Now then, can some one bring me my coloured coat, and I’ll be on my way.

Back to articles
« Talking to Michael Chaplin
Review: The Importance of Being Earnest at People’s Theatre »
Share on
Share on