Hull Truck Theatre Company are parked up in Newcastle this week with their production of Jack Lear. Wendy Errington was there on press night. 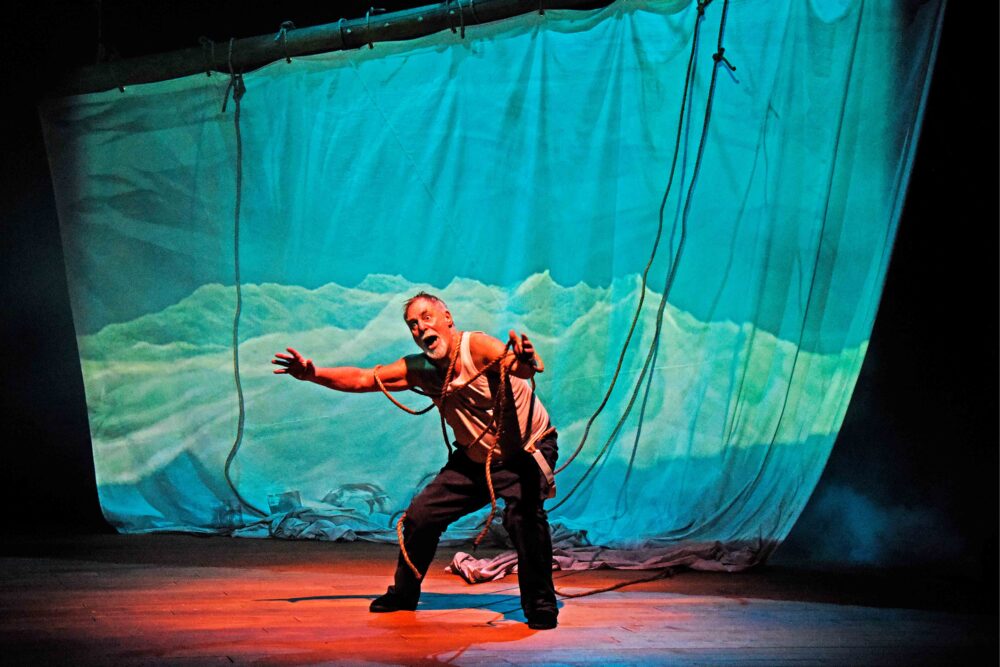 Since comprehensive school I’ve loved Shakespeare (I agree though – his plays can be long, the jokes can all seem like in-jokes, and there are so many characters).

So I was bowled over last night by Jack Lear – Hull Truck’s modern, accessible adaptation of King Lear (the tragedy of all tragedies) featuring folk music composed by Eliza Carthy – at Northern Stage, in Newcastle.

The bar was buzzing afterwards, with a satisfied audience. And I loved every scene, every beat, every bit. Why?

Because it still had the rhythm of Shakespeare’s words, but in modern English. I understood every bawdy joke, description and conversation.

Because it’s set on the banks of the river Humber, when fishing was king, and it weaves in Norse mythology and sailors’ superstitions. 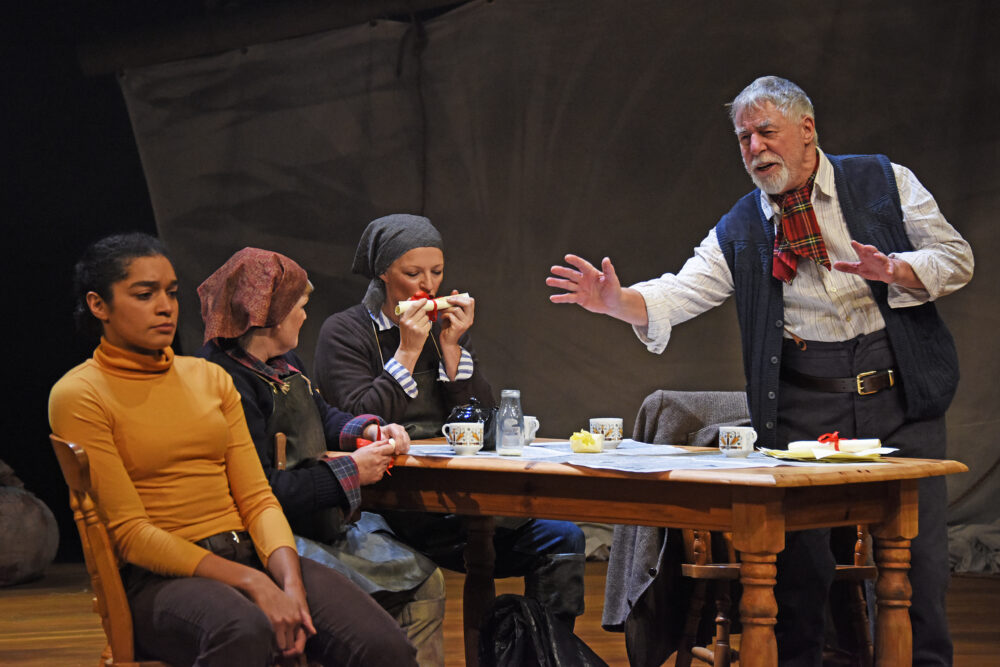 Because, like the royal Lear, Jack’s about to carve up his assets, and things begin to unravel.

Because the opening is set beautifully with an Eliza Carthy folk song from the cast; followed by four soliloquies from the family. It gave me time to orientate myself, settle down and lean in. We know who they are and where they are. And here is the gem – we get their backstories… we get the why.

We get why the daughters are uncompromising, resentful, and jealous of each other. And the play’s universal themes around betrayal, loyalty, family and bereavement, still resound with us today.

This adaptation from Hull Truck Theatre is masterfully written, directed and performed. The play is gutsy and funny, which doesn’t detract from the raw, sometimes delicate, tragedy and sadness that cuts through. The five actors fill that stage and tell us an epic story. I applaud them and the whole creative team.

On until this Saturday 16 February… book tickets… go!

Read more from Wendy via her blog, which you can find here.

Back to articles
« Review: The River at the People’s Theatre
Hoovering up the MAPS Festival »
Share on
Share on