Review: I Have Met the Enemy (and the enemy is us)

Northern Stage have left their theatre to put on a show at Byker Community Centre. David Whetstone went to see I Have Met the Enemy (and the enemy is us) 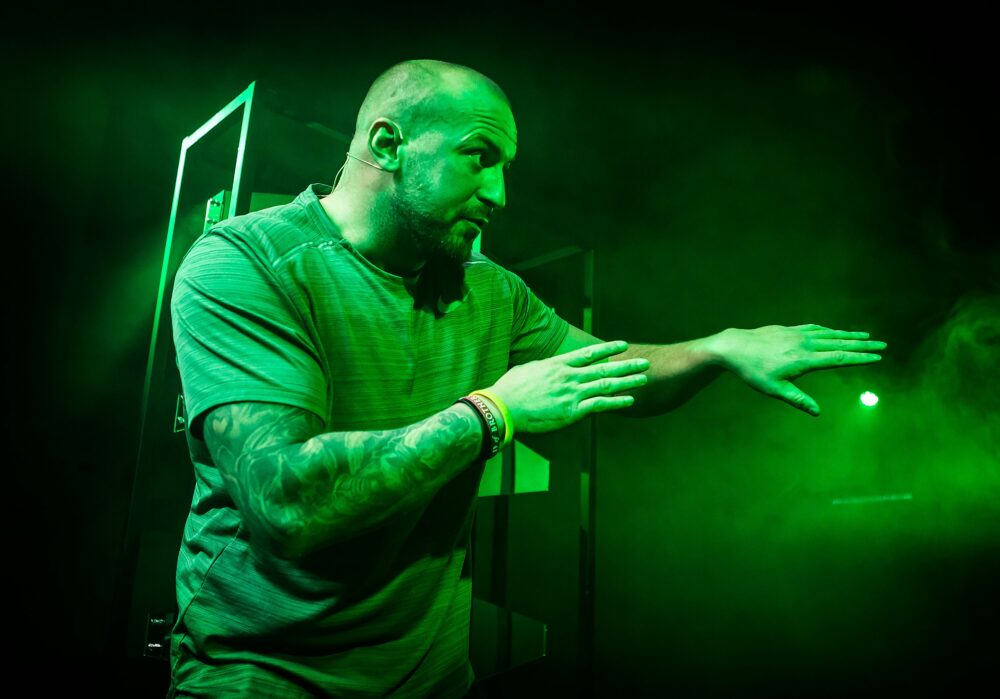 Ex-soldier Alex Eley in I Have Met the Enemy (and the enemy is us). Photo credit: Pamela Raith Photography

“Hello, and why are you here?” queries the young man with black stubbly beard and grey top.

“Well, I did an interview with you once and I’m here to see the show,” I blather.

Wrong answer. Quickly I twig that Palestinian actor Mo’min Swaitat is in character as a rep at an arms fair and I am a potential customer, as are the other milling audience members.

While adjusting to a space furnished with racks of ticking, flashing and whirring machines, we are all part of the action.

This isn’t even a proper theatre. Byker Community Centre, constantly buzzing with all kinds of activities, will be off the beaten track for many Northern Stage regulars.

But this is no regular Northern Stage offering. 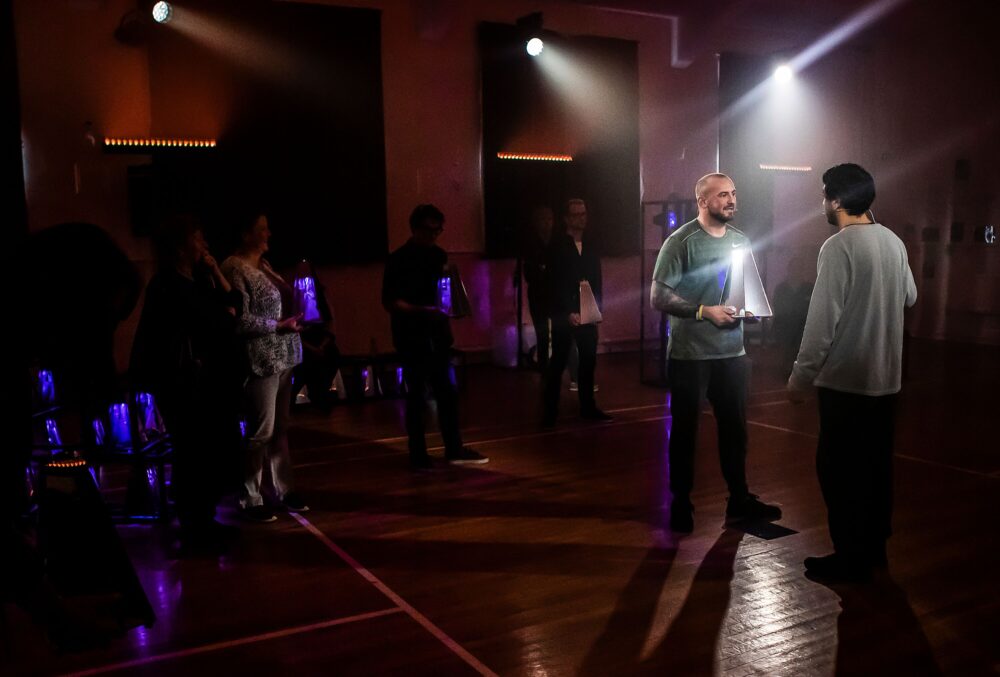 I Have Met the Enemy (and the enemy is us). Photo credit: Pamela Raith Photography

I Have Met the Enemy (and the enemy is us) is a first collaboration between the Newcastle theatre company and the Bradford/Cardiff outfit that doesn’t much like theatres, preferring instead to engage with people that tend not to go to them.

So here we are in Byker being invited to consider the implications of the arms trade, and Britain’s and therefore our hefty role in it, through personal anecdote and dramatised recollection.

Charismatic Mo’min (now UK-based) recalls hair-raising moments growing up in the occupied West Bank, such as when he was apprehended by a jumpy Israeli Army patrol.

The other professional performer, making his debut, is British ex-soldier Alex Eley, from Port Talbot, who enacts some of his experiences in Afghanistan before a diagnosis of post-traumatic stress disorder.

It wasn’t just his own fear but fear he induced in others, such as the mother whose home he’d had to enter and who he could see through his night-vison goggles shielding her kids from an invisible threat.

Members of a local community cast also move among us, sharing stories gleaned in the making of the piece.

A third performer seen only on screen is sweetly smiling Yemeni artist Shatha Altowai whose life is not easy but who finds consolation in painting. 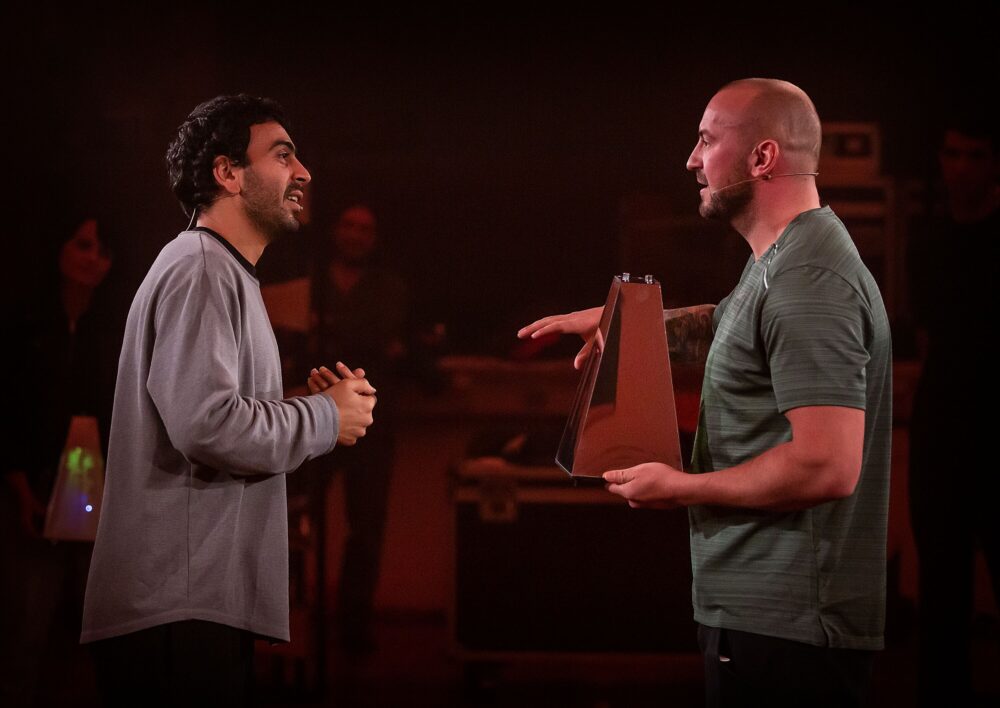 There is no plot or fluent narrative and audience involvement gives an improv feel to proceedings.

Some people are chosen to represent real-life characters such as Sir Roger Carr, chair of both weapons manufacturer BAE Systems and English National Ballet, which you might think uneasy bedfellows.

Mo’min’s and Alex’s shared love of techno music (“Sanctuary for me,” confides the latter) is reflected in the soundtrack and there’s a moment when we’re encouraged to let our hair down, though I excuse myself because I have none.

People will respond to different aspects of the show, take different things away. There’s no snoozing at the back.

Those machines, by designer Robbie Thomson, supposedly represent the fighter planes we’ve sold to Saudi Arabia whose bombing of a wedding in Yemen last year, which shocked the world, is recalled in harrowing detail.

No doubt, on another kind of platform, weapons manufacturers would advocate strongly on their own behalf, citing jobs, national security etc.

But this show is not for them. It’s a lively reminder that there is a terrible price to be paid for what is often euphemistically called ‘defence’ – and I don’t mean financial.