Brace yourselves little elves. Panto season is upon us and the North East’s biggest one is up, running and cooking on a heady mix of helium and hilarity. Sam Wonfor took her troupe to see Beauty and the Beast. 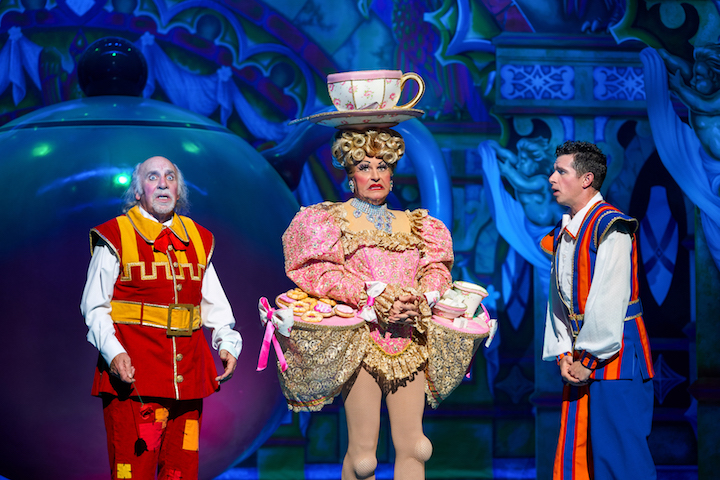 Right then, kids. We find ourselves at Theatre Royal pantomime number 15 for live entertainment legends, Danny Adams and Clive Webb. Quite the feat.

Originally brought to Tyneside when they could have ambled down Northumberland Street unbothered (unless Danny was doing one of his ‘walks’, obvs) by Wallsend-born panto devotee, Michael Harrison, the father-and-son double act have taken full ownership of the region’s biggest panto.

No need for Phil Mitchell or The Krankies to sell tickets here.

And on the evidence of this year’s show, those in charge (Harrison still writes, directs and produces the Newcastle show along with a shedload of others now he’s certifiably a big theatre cheese) have also decided to dial back on a few of the often unnecessary bells and whistles which we’ve seen over the years, including a string of terrifying journeys into 3D and a head-scratching flying helicopter moment from Jack and the Beanstalk.

Following last year’s pantomime/circus hybrid, Goldilocks and the Three Bears (during which the traditional tale of the little girl with a penchant for breaking and entering took a back seat in favour of a parade of jaw-dropping big-top-worthy stunts), Beauty and the Beast marks a return to panto as we used to know it. 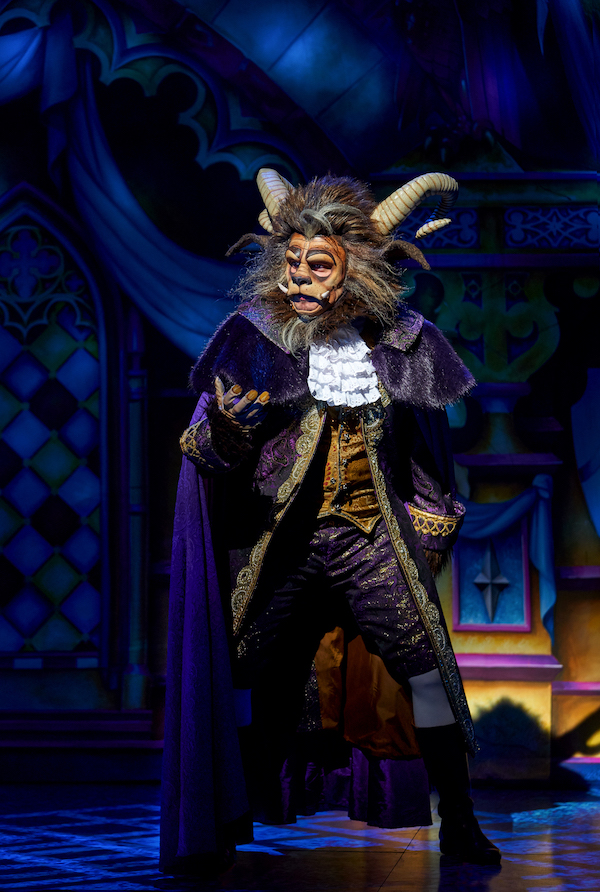 For starters, there’s a real sense that the storyline of the tale as old as time, runs all the way through proceedings… and even more unusually, sticks pretty close to the Disney-fide plot and visuals we’ve all come to accept as the Beauty and the Beast standard.

I mean, there’s a statue-cleaning, foam-party set piece you’d struggle to find in the film and a giant wolf who’s got a proper bee in his bonnet at one point, but let’s not split hairs.

Set in a very sparkly Geordieville during a cold snap, the Beast (and Prince Sebastian, played royally by Chris Cowley) lives in a mysterious and very cursed castle with an inventory of talking household items and appliances, including Dastardly Dick, the Candlestick – brought to life by another Theatre Royal panto stalwart, Steve Arnott who’s having a year off from baddie duties. 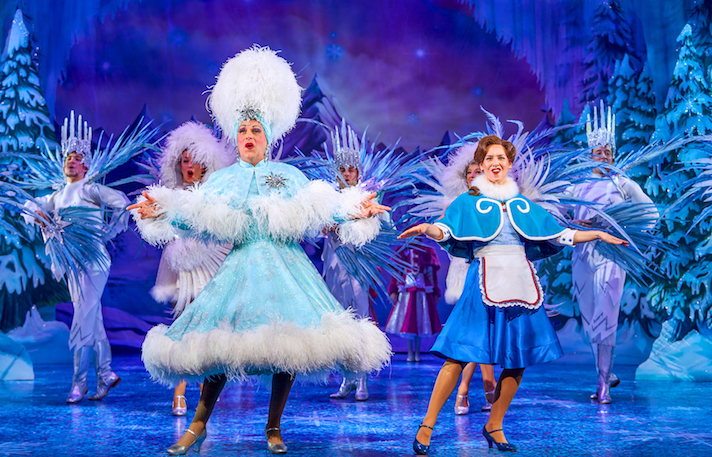 Also at the castle is servant Danny (Danny) and Chris Hayward’s resident dame extraordinaire, Mrs Potty (Hiya Hinnie!) who presents in parade of extravagantly embellished outfits and headgear which frankly deserve their own standing ovation.

Belle (the Beauty of the piece, portrayed in suitably fairytale fashion by Laura Evans) finds herself holed up at the castle after her inventor dad (Clive) nicked a rose from the gardens (harsh times) and sets about falling in love with the Beast – unknowingly on course to break the curse which gave him the horns. (The impulse for innuendo is catching.)

A Christmas dinner-sized portion of crashes, bangs, wallops and (spoiler alert!) happy endings ensue, punctuated by a crowd of song and dance numbers the cast and creative crew can be proud of.As ever, Danny Adams serves as the centre of this particular panto world and continues to relish every slapsticking bit of it – once again making it his business to have added another gasp-provoking string to his bow for 2019. And his frantic love song to the North East was terrific. 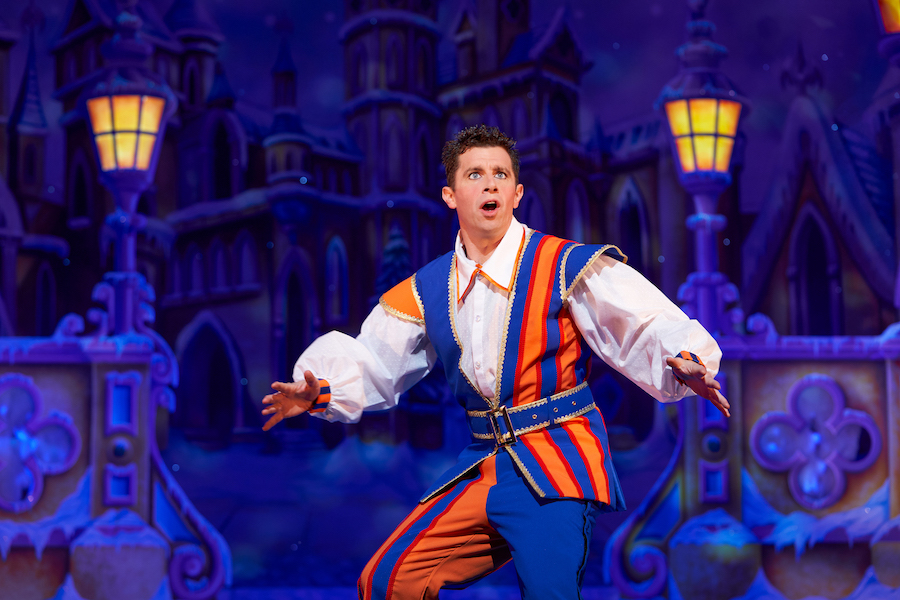 My kids (12 and 8) bloody love him and he never fails to be the subject of all their favourite bits recounted on the journey home.

Next year, Danny will be leading the charge as the team bring that age old pantomime classic, Humpty Dumpty (eh?) to the stage.

Bet it will be eggsellent as it sounds absolutely cracking. Yes, I will be here all week… which is nowhere near as long as Beauty and the Beast will be at the Theatre Royal.

You can catch Danny and the gang doing their thing until January 19, 2020, although tickets before Christmas are in short supply. To book, visit www.theatreroyal.co.uk or call 08448 11 21 21.

Back to articles
« Fighting back against coercive control: Free screenings of acclaimed play in Newcastle and Gateshead
The old friend, the Phoenix and the Panto. A week at the People’s Theatre »
Share on
Share on