Review: Arcadia at The People’s Theatre

The nature of truth and time are explored at the People’s this week as Tom Stoppard’s hit play, plays out. David Whetstone reports back. 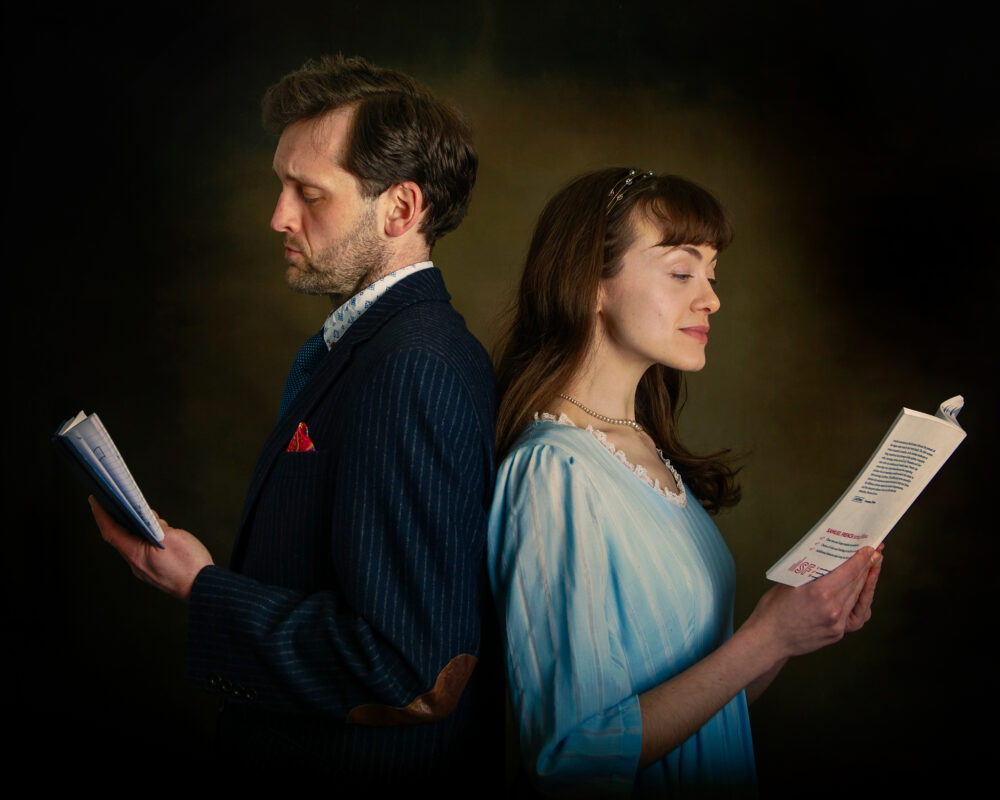 Thank goodness for the tortoise. It is a solid, immutable presence in Tom Stoppard’s much lauded play which fizzes with enough ideas to keep a university’s biggest brains occupied for at least a lunch break.

For the less intellectually blessed, the tortoise is something to focus on as the ideas whirl and the action flips between the early 19th Century and the present.

Lord Byron and Capability Brown play their parts, although they don’t appear, while jokes about Fermat’s Last Theorem and the second law of thermodynamics would be risky material for your average stand-up.

But there’s always the tortoise (I wouldn’t be prepared to bet the reason he’s called Lightning is just an ironic joke).

Stoppard likes a tortoise. They are, he once explained, “cheap, they do not run around the stage and they do not make any noise”.

Well, not if you don’t accidentally tread on them, which happens in Jumpers.

Like Lightning, the set doesn’t change either. It’s a long table and chairs at Sidley Park, a country home on the Coverly Estate in Derbyshire. It serves for both earlier and later scenes, which towards the end get all mixed up. 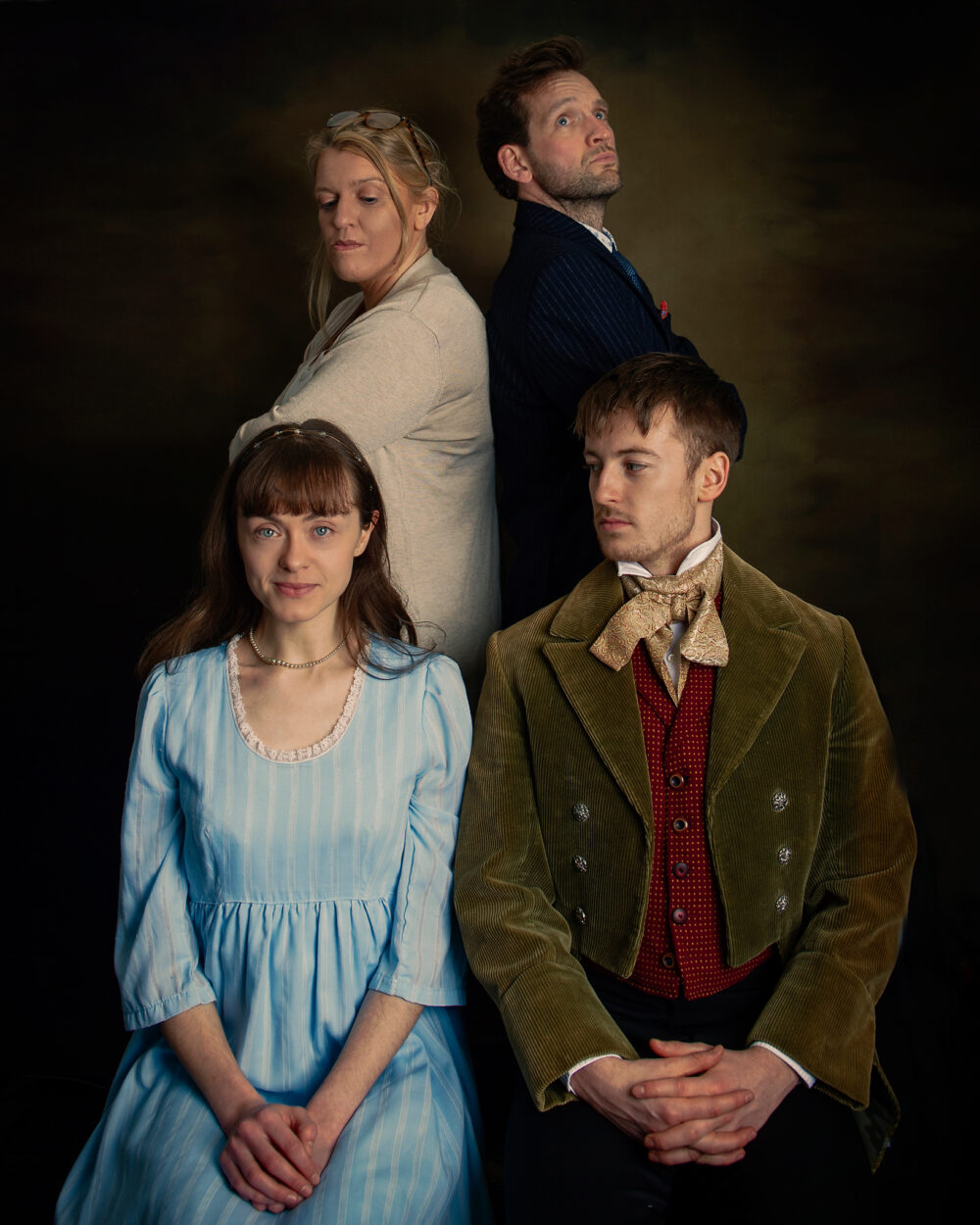 The plot won’t fit in your average nutshell but it involves characters in the later scenes – notably the egotistical academic Bernard Nightingale and the writer Hannah Jarvis – delving into past events on the estate and trying to make sense of them.

We, as the audience, know much of their barking to be up the wrong tree because we’ve seen the scenes set in the earlier period, where at least one of the characters is looking to the future and trying to make sense of it.

This is precocious 13-year-old Thomasina Coverly – based, it is said, on Byron’s daughter, Ada Lovelace, who is more than a footnote in the history of computer science.

Catherine Ellis as Thomasina is one of many good things about the People’s production, conveying the requisite sparky inquisitiveness and mischief.

“Septimus, what is carnal embrace?” she chirrups to get things under way. There, that got our attention.
Stoppard expertly blends the cerebral and the smutty so even when your brain’s bamboozled you’re laughing at stuff that’s all too human. 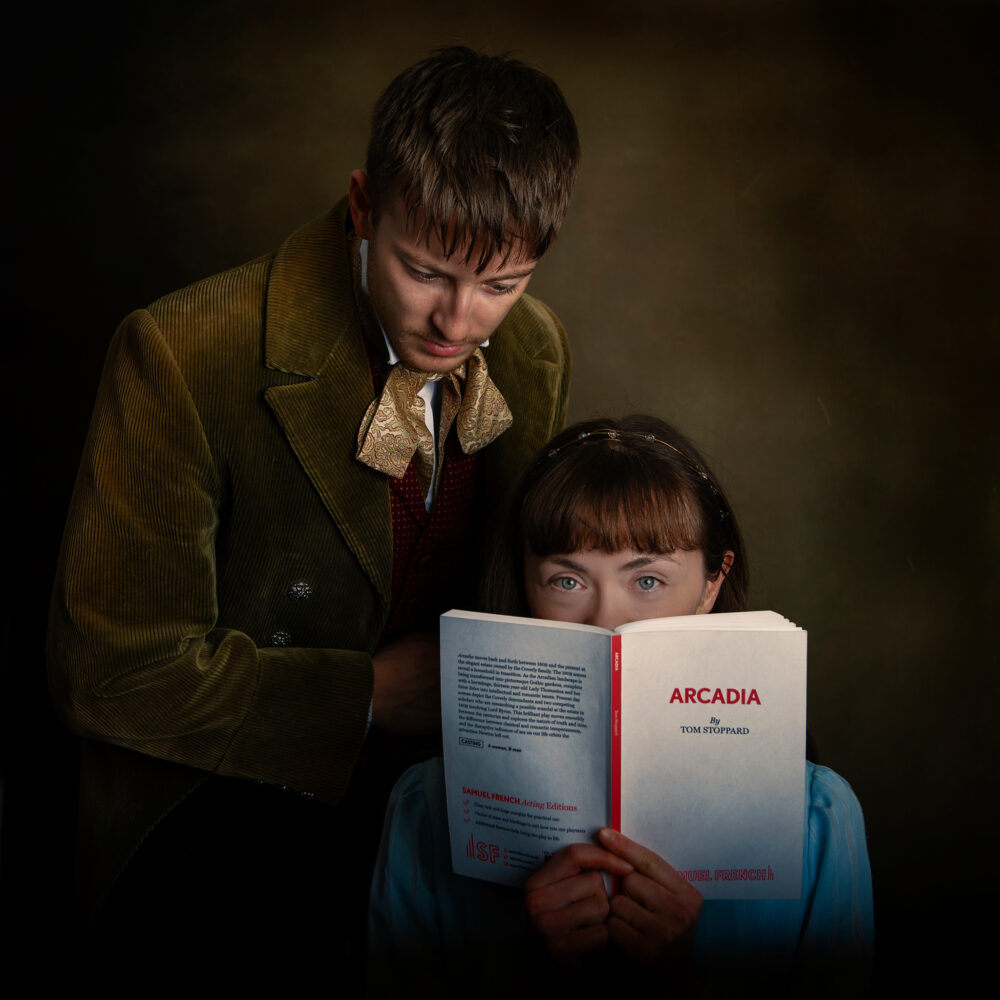 Hodge knows the answer, having been caught at it in the gazebo with the wife of Ezra Chater, a minor poet who would regard himself as Byron’s equal (it didn’t take posterity long to suggest otherwise).

Ben Ostell puffs up his chest brilliantly as the cuckolded wordsmith whose deflating by Hodge is one of the funniest moments of the play.

Fortune deals differently with all these characters. It is left to the later inhabitants of the house and the questing visitors – Nightingale (Adam Lowe), striving to fill in a gap in his Byron knowledge, and Jarvis (Anna Dobson) obsessed by the identity of a hermit in the grounds – to fashion some sort of truth from surviving fragments and snippets.

I hadn’t seen the play before. I feel I’d like to see it again in slow motion and with footnotes. But full marks to the People’s and director Tony Childs – and an excellent cast – for providing an evening rich in humour and with much food for thought.

Arcadia at the People’s Theatre, Newcastle, until Saturday, March 16. For tickets, visit the website.

Back to articles
« Review: Wonderland at Northern Stage
Thought Foundation’s new exhibition is for everyBODY »
Share on
Share on