It made its mark after debuting a couple of years back, and now those behind the festival – which comes with strings firmly attached – are preparing for its return. David Whetstone was charmed by it in 2017 and was delighted to find out more about the 2019 event. 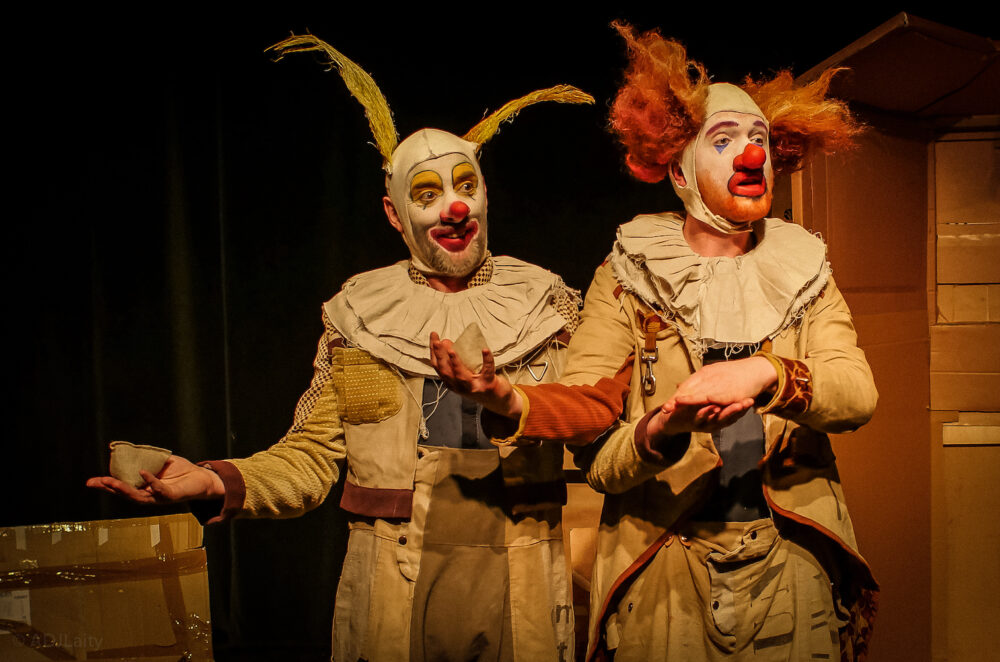 They can amuse, educate, mollify, even terrify but the one thing all puppets have in common is that they are not alive… probably.

No, that’s silly. There’s no probably about it. Puppets aren’t alive; they’re made of stuff – by humans.

The art of puppetry, surely, is to animate an object so vividly that the audience won’t see the human with the hand inside or pulling the strings and will forget that it lives in a bag or a box.

Basil Brush, Miss Piggy, the Woodentops: for many of us, they’ll rank alongside (and perhaps even above) classmates, neighbours and even family members as vivid reminders of childhood.

Then there’s the dark side. Remember your first encounter with Punch and Judy on the beach – domestic abuse with shrieking voices, crocodiles, strings of sausages and unfettered violence?

Perhaps the smile froze on your infant face. Perhaps there was only alarm – good preparation for horror films like Child’s Play and Puppet Master.

All of which is preamble to the brilliant news (better late than never) that the second Newcastle Puppetry Festival, Moving Parts, is almost upon us after a very successful debut in 2017.

The co-founders are William Steele (production director) and Kerrin Tatman (artistic director). Both are keen puppet makers who do lots of other things.

Also part of the team is Matthew Wood (engagement director) who, with Kerrin, runs Tatwood Puppets. He is striving to raise the profile of puppetry across the North East.

They have the backing of Arts Council England which has more than doubled the size of the grant it offered to make the first festival a success. 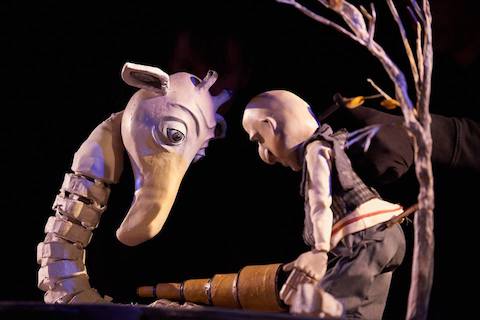 When is it and where?

The festival runs from April 6-14.

The main indoor venues this time are Dance City and Alphabetti Theatre which are both near St James’ Boulevard in Newcastle.

But there are outdoors events too.

Over the weekend of April 6-7 giant puppets will parade on Northumberland Street. Fun for all is on the cards. One puppet that’ll be hard to miss is Dolly the Giraffe. She’s a Scouser, all the way from Liverpool.

What’s on for children?

More than last time is the short answer. Children’s events proved hugely popular in 2017 – this is a festival designed to happen every two years – and there was a cry for more.

Children’s events are scheduled for Ouseburn Farm, Cluny 2 and Seven Stories, all in the Ouseburn Valley, and the Little Fawn Caravan Theatre will be setting up at Alphabetti (April 11 and 12) and Ouseburn Farm (April 13). 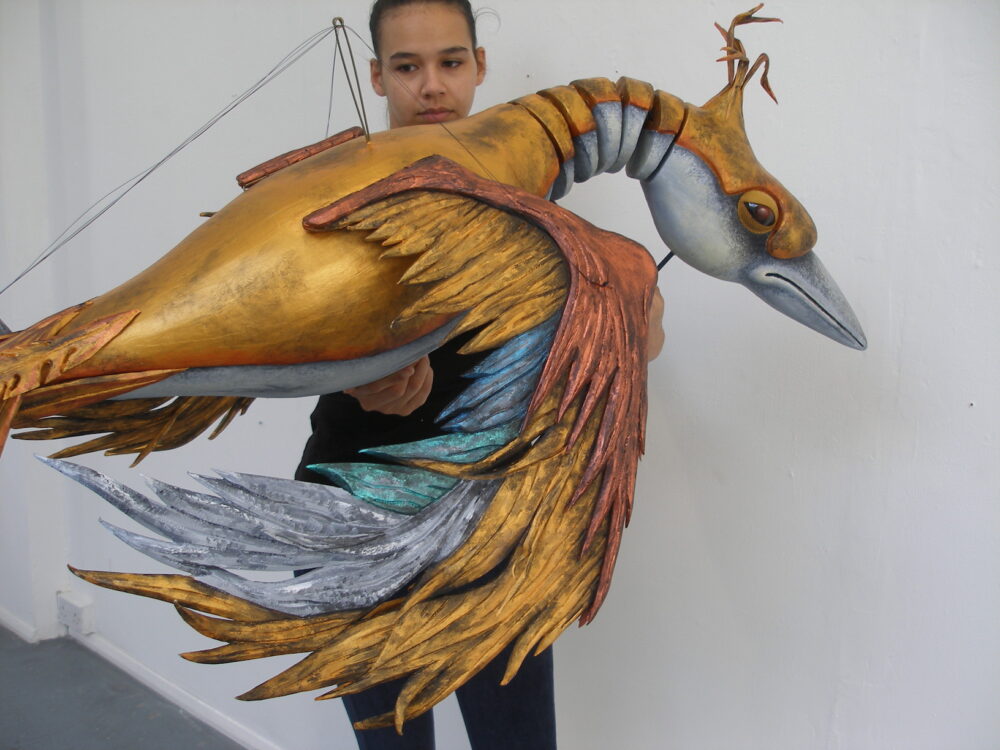 In terms of shows, you could catch Microbodyssey (don’t worry, it’s not a harmful condition), courtesy of Tatwood Puppets, on April 9 at Alphabetti. Suitable for ages seven plus, it’s a show about microbes.

Mermarella: Cinderella of the Sea, from Indigo Moon Theatre, is at the same venue on the 10th and the Cryptid Petting Zoo, from Headstrung Puppets, likewise on the 11th.

The former, for all ages, combines puppetry and shadow theatre; the latter, for ages four plus, offers a chance to interact with some very unusual creatures.

If shadow theatre intrigues you, there’s a show called My Shadow & Me at Alphabetti on the 12th with a post-show workshop. Shadowy Drew Colby is both performer and tutor.

Over at Seven Stories there’s a programme of performances and workshops. A Heart At Sea, on April 13, is billed as “an epic musical folktale on a miniature scale”, while Insect Marionette Circus, later on the same day, pretty much does what it says on the can. 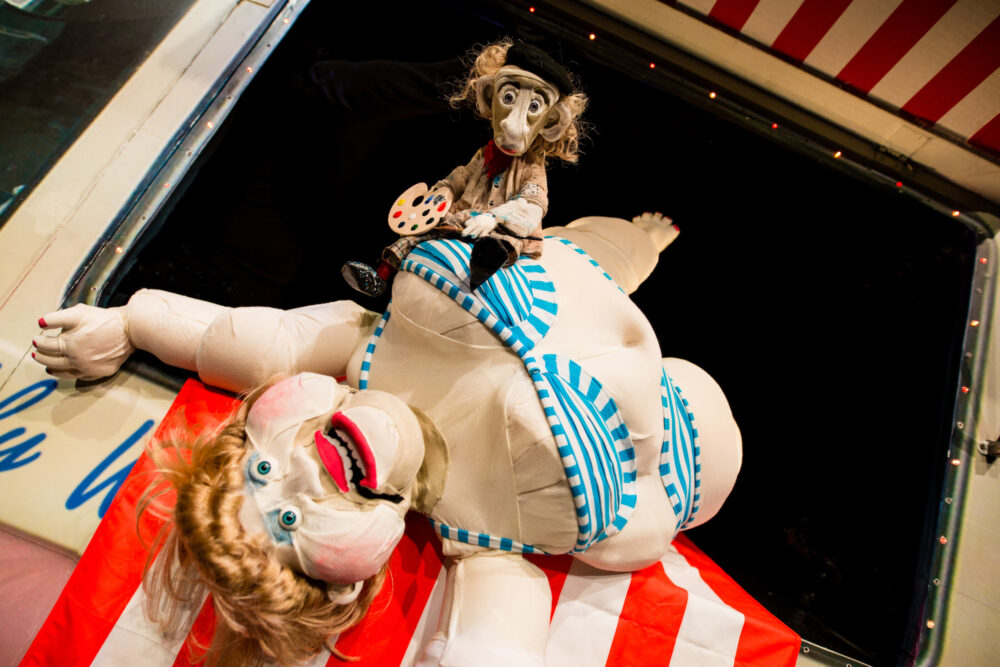 And for the grown-ups?

Adult thrills there will be in abundance.

The programme begins gently enough on April 8 at Alphabetti with the UK premiere of Giraffe – another giraffe – from Hop Signor Puppet Theatre from Greece.

Suitable for all ages (but adults needn’t feel they need a small person in tow), it is a table top puppet performance with an uplifting theme but no words.

There are too many shows to mention all by name but A Song of Plague, from Lost in the Fog (Alphabetti, April 10), shows how puppetry can embrace dark themes.

The show is set on the dangerous and polluted streets of London in 1665 and it features live music. 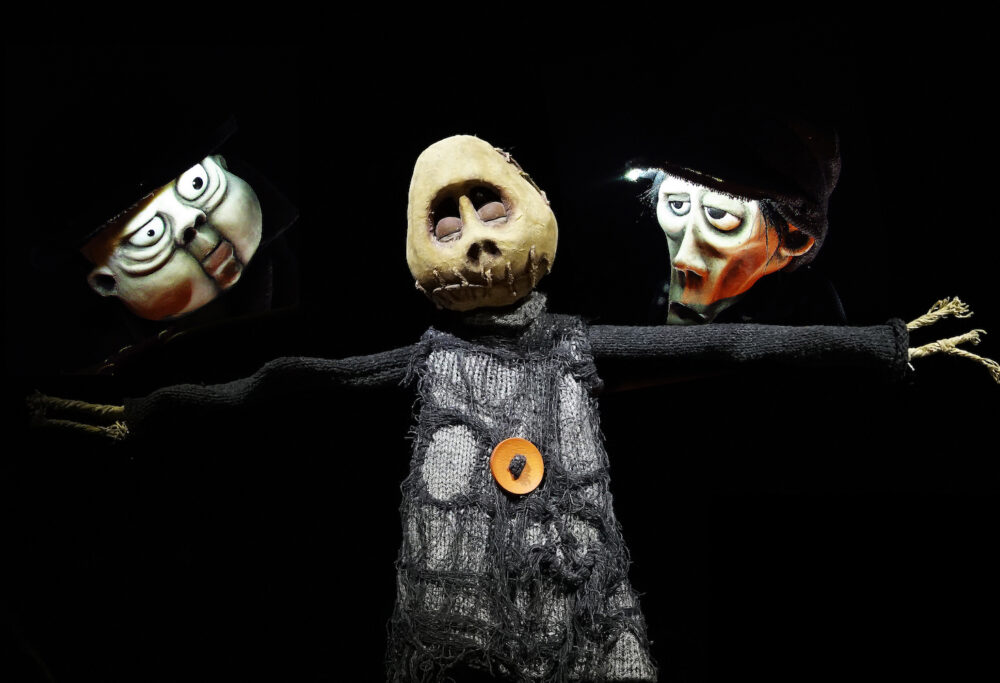 Dance City will present another of the festival highlights, Noone’s Land, from Merlin Puppet Theatre, emanating from Greece via Berlin, on April 10.

Billed as “a tale of freedom, creativity and the wonders that can be found around each one of us”, it focuses on a lonely scarecrow. (Scarecrows – eek! Then again, Worzel Gummidge wasn’t so bad).

Then on April 12 the focus falls on The Seed Carriers, an award-winning evocation of a dystopian society by Stephen Mottram’s Animata.

That is followed by Odd Doll Puppetry’s Seaside Terror, a celebration of the British horror genre and British seaside holidays of the 1970s. The implication is that the pair overlap considerably. Meet Evil Seagulls, Zombie Donkey and Bingo Hairballs.

You will find everything you need on the website www.newcastlepuppetryfestival.co.uk – or pick up one of the black Moving Parts programmes at city venues. You can also keep you eye on the Festival’s Facebook, Twitter and Instagram feeds.