Having fallen on tough times, the former Tyneside seat of King Coal has an important new role. David Whetstone had a tour of Neville Hall before it becomes The Common Room of the Great North. 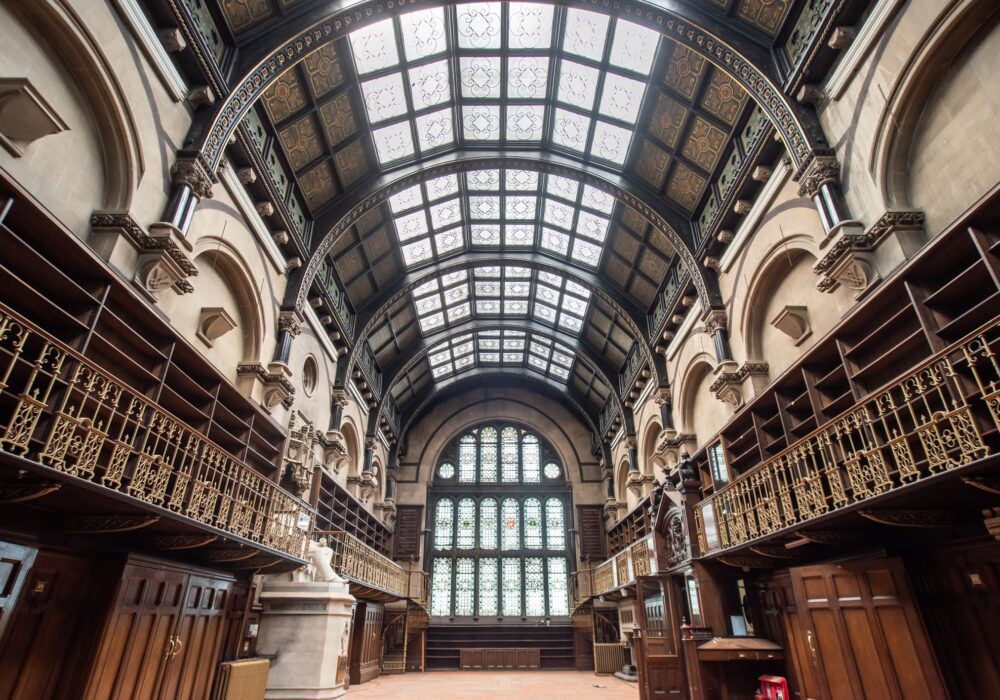 The Library at the Mining Institute in Newcastle

It’s tempting to say an old friend, popular landmark and highly regarded Tyneside institution is getting an overdue facelift – but that wouldn’t be quite true on two counts.

Firstly, Bill Bell, who knows it intimately, will tell you that despite Neville Hall’s architectural splendour and prime location, abutting the Lit & Phil on Newcastle’s Westgate Road, most people have no idea what it’s for and pass without a glance.

Bill, who confidently calls it “the Silicon Valley of the North East”, says he has been moved at times to accost lost-looking tourists and “drag them in to show them what we’ve got”.

And secondly, rather more than a facelift is entailed in preparing the Grade 2* listed building for its new life as The Common Room of the Great North (The Common Room for short).

This is a £7.1m project, of which £4.1m has been pledged by the National Lottery Heritage Fund and £1.5m secured in match funding. Liz Mayes, chief executive of The Common Room, says the North East Local Enterprise Partnership (LEP) has promised to bridge any funding gap.

For many years Neville Hall, designed by Archibald Dunn and completed in 1872, has been home to the North of England Institute of Mining and Mechanical Engineers – for brevity, the Mining Institute.

This was founded in 1852 after a spate of fatal accidents underground, including the third in weeks at Seaton Colliery, County Durham, when six men and a 10-year-old boy were killed.

Those at the inquest thought the information presented by mining experts should be shared more widely. A committee was formed and rules drawn up for The North of England Society for the Prevention of Accidents. 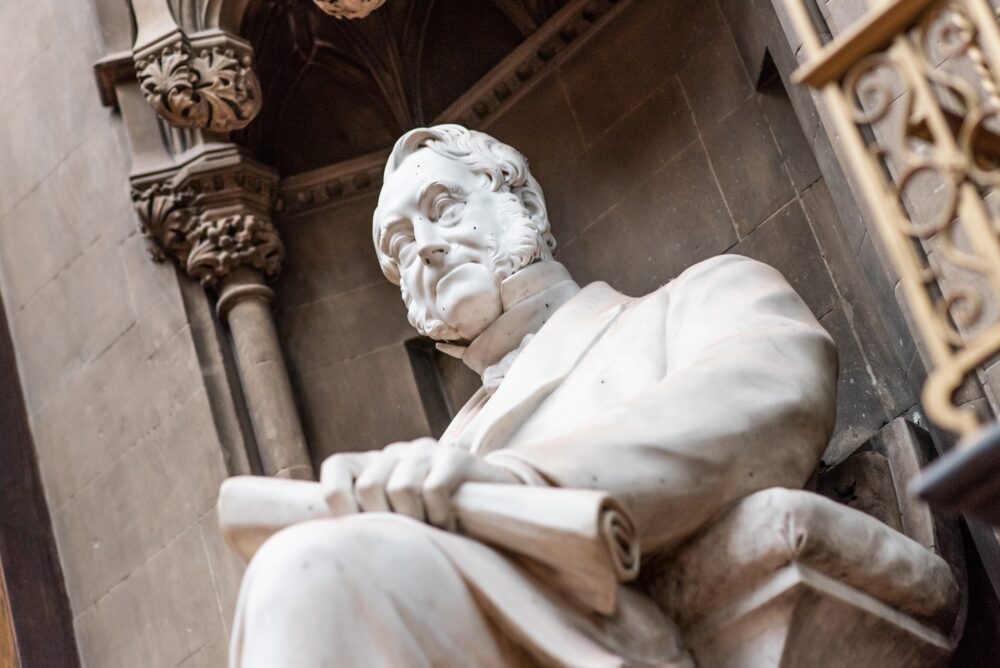 The Library is overlooked by Nicholas Wood

At a second meeting the name was changed to The North of England Institute of Mining Engineers and it began life under its first president, mining and civil engineer Nicholas Wood, whose marble likeness still surveys the Neville Hall library.

According to Bill, Institute vice-president, Wood was also “the mouthpiece of George Stephenson” because he translated for the ‘Father of the Railways’ when MPs couldn’t fathom his Northumbrian accent.

The Institute’s title was changed again in 1870 when mechanical engineers were admitted as members and it obtained its royal charter in 1876.

Recent visitors to Neville Hall are likely to have been struck by its air of rather faded grandeur. The wood panelling, stained glass, portraits of whiskered worthies and more than 30,000 mining-related books spoke eloquently of the reign of King Coal.

Opposite Wood’s statue, and flanked by Stephenson safety lamps, is a carved image of the Tyne God with a basket of coal for a hat and the Latin motto Moneo et Munio (Advise and Protect). 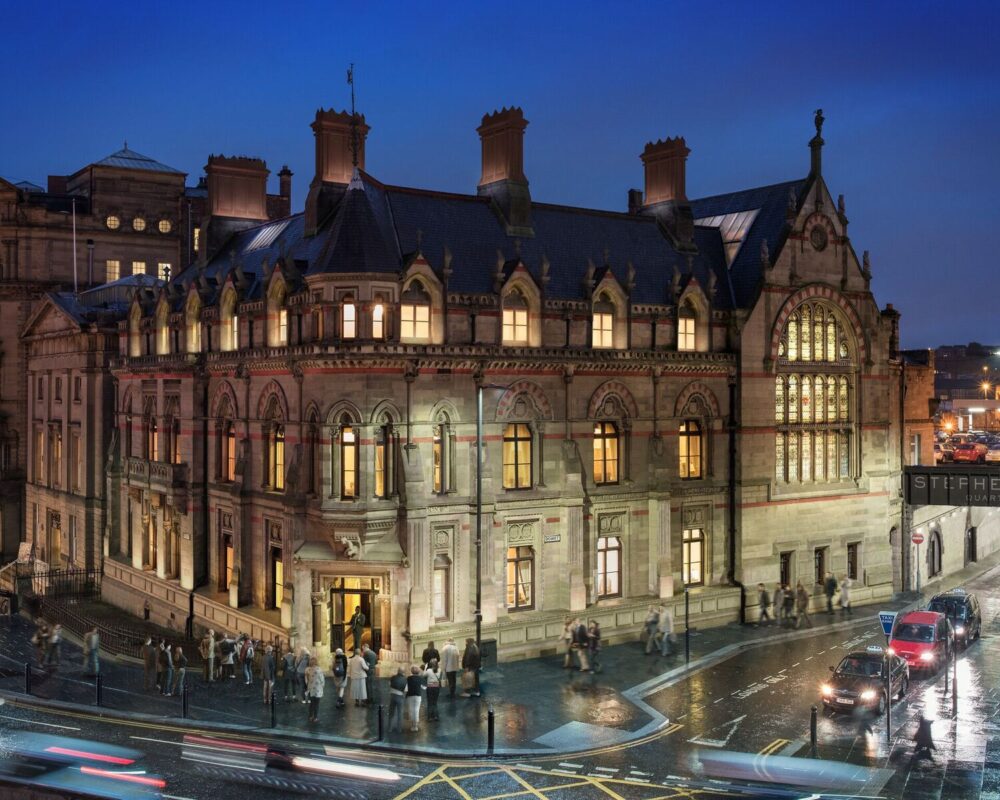 The glorious Mining Institute in Newcastle

But King Coal has long since been deposed and in 2017 the Institute’s council agreed to transfer its assets and staff to The Common Room, a new charity dedicated to inspiring those who will follow in the footsteps of Wood, Stephenson and their ilk.

Before a tour of the building, now stripped back ahead of refurbishment, Liz Mayes said: “What we’re doing is opening it up to the city again.

“Most people in Newcastle won’t have been inside because it was built for engineers and you had to be in the mining industry to get in.

“But within it lie some beautiful stories about innovation and some wonderful spaces where engineers made their mark.

“We want to bring all that back and use the profits from trading to fund our mission to inspire the next generation of innovators and engineers.

“An engineering skills shortage is a major issue for companies in this region.”

Newcastle surveyors Gardiner & Theobald have been managing the project, Durham-based Howarth Litchfield are the architects and Brims was due to begin construction work on September 5 with a view to completion next August.

“It’s a big building and could sap a lot of money but we’re trying to do things as sympathetically as possible within the design,” said project manager Mark Hockaday, of Gardiner & Theobald.

“We’re trying to create a very modern building from something historic, a building everyone’s happy with.”

He said along with remedial work to “de-risk” the building, an archaeological survey to pinpoint Hadrian’s Wall at the front had revealed the walls of Medieval buildings three metres down.

Major restoration of roofs, windows, iron railings and the building’s external ‘envelope’ is on the ‘to do’ list with a complete electrical overhaul. 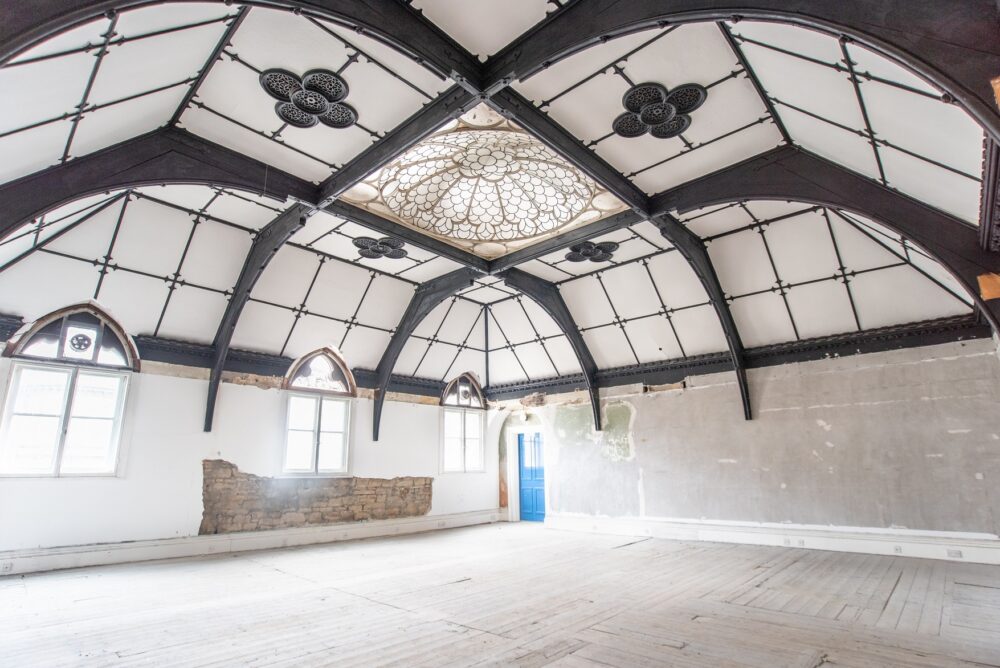 An improved ‘circulation core’, making the building fit for its 21st Century role, will entail new offices and toilets while modern heating will render the mighty radiators as redundant as the open fireplaces.

Bill Bell recalled that in the 1970s the front of the building was sold to freemasons who blacked the windows, covered the ornate ceilings and installed thrones and other masonic paraphernalia.

Only when it was bought back in 2014 was the original finery revealed again.

Three first floor rooms will be repurposed as conference space with an adjacent bar.

The Arbitration Room was where, in the old days, mine owners’ and miners’ representatives would discuss wages. “It was a pioneer in industrial relations,” insisted Bill – never rowdy, mostly fruitful.

Here, where freemasons later did their secretive stuff, weddings will be permitted, with the discovery of metal under-floor beams making dancing permissible.

A room has been allocated for education while the panelled Oak Room, once the boardroom of the Blyth and Tyne Railway Company, is to be a reading room.

The library will resume its original purpose once the books are retrieved from storage and the lecture theatre, with comfier seating, will host activities including music and comedy, although the reinstatement of the stern portraits of past Institute presidents could prove an antidote to mirth.

Investigation of the basement revealed it had been strengthened to serve as a Second World War air raid shelter, presumably by people who really knew what they were doing.

Meanwhile Bill’s attic rummaging turned up wartime sandbags and dustbin lids intended to stifle any incendiary bomb landing on or near the building. 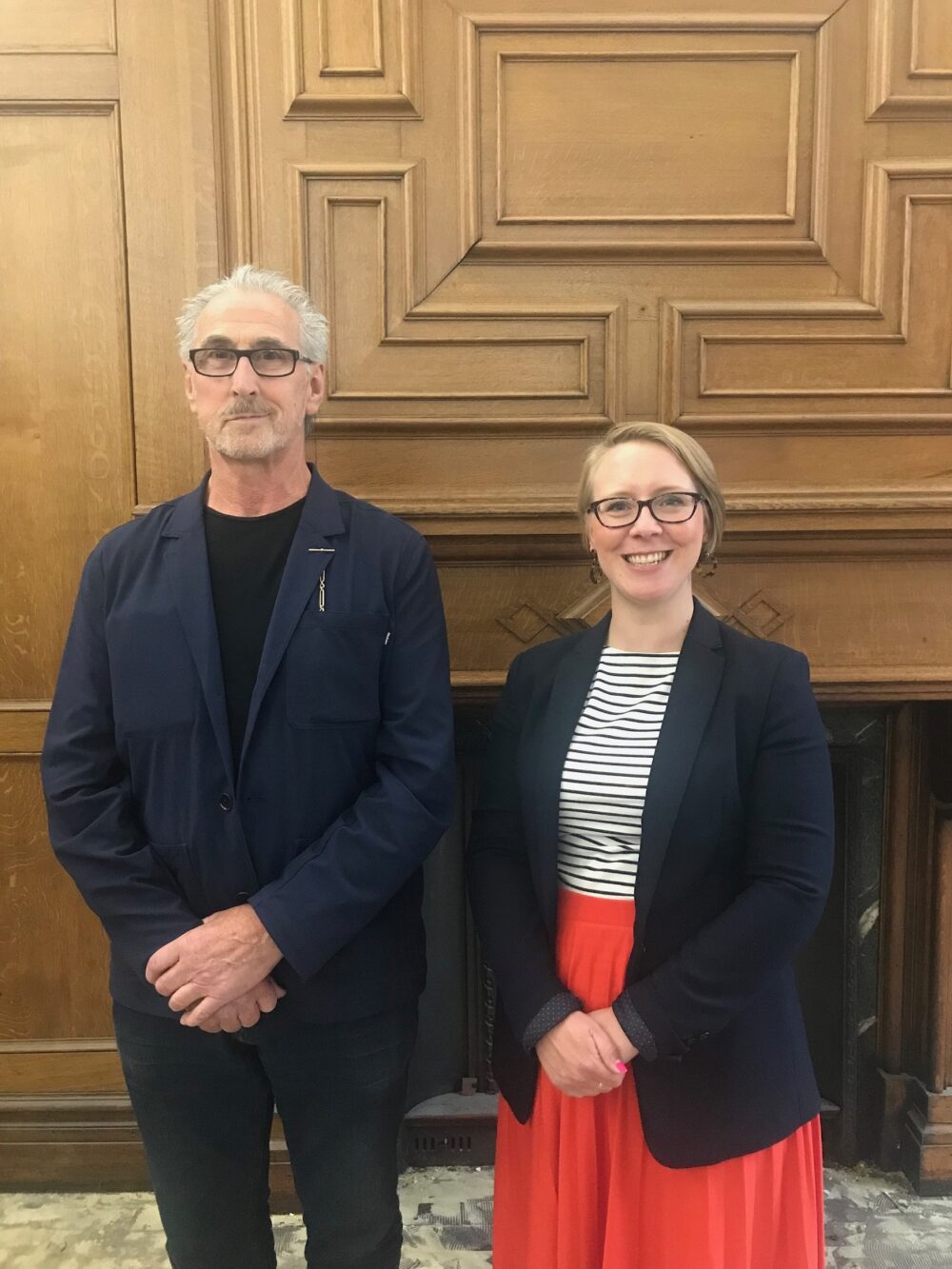 Neville Hall was spared the bombs and it seems the more recent danger, lack of money and clear purpose following coal’s decline, has also been resisted.

Liz Mayes explained how the proposed public café and welcoming entrance should mean Bill’s days of accosting tourists are over.

The Institute will retain an office but The Common Room is the future and the plan is for it to become common knowledge.