Lindisfarne lights up the end of summer tunnel

Since it introduced itself in 2015, The Lindisfarne Festival has become one of the first things Sam Wonfor inks into to her new diary. And 2019 was no different. Tents at the ready… very good times are afoot.

Getting all fired up for the Lindisfarne Festival. Credit: Holly Davis

As settings for festivals go, the Lindisfarne Festival has quite the head start.

Pitching up at the heart of an area of outstanding natural beauty – namely Beal Farm which overlooks the majestic Holy Island – the four-day event offers a special opportunity to soak up some wondrous surroundings while also making the most of the an ever-growing roster of top notch festival doings.

A heady blend of genre-spanning music, comedy, storytelling, workshops and an overwhelming sense of happiness wherever you look, it has become an absolute shining light of loveliness in my calendar since it made its debut back in 2015.

Back then, me and my sis popped up with a pop-up tent and spent a day and night exploring the pretty impressive gathering ambitious founder Conleth Maenpaa had managed to pull off. It was absolutely smashing +10.

Every year but one since (I don’t like to talk about it), me and some similar-minded mates have made our home in a peach of a bell tent for the best part of four days… in for a penny and all that.

Sitting perfectly at the back end of the summer holidays, this feast of good times – and bloody lovely grub to boot – offers a bunting-draped beacon at the end of the six-week summer hooplah. 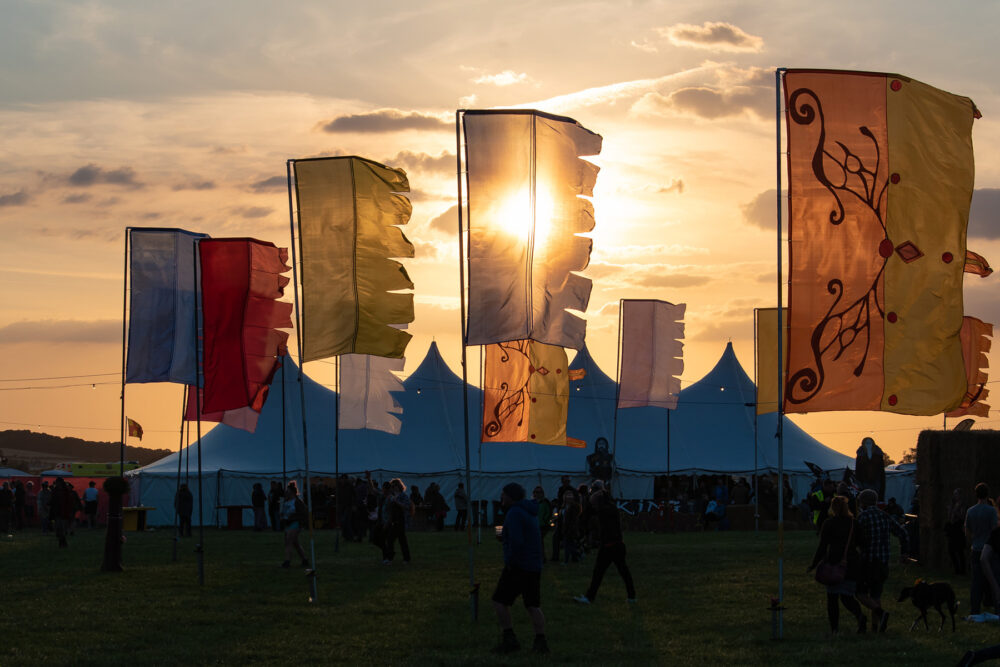 Flags out for The Lindisfarne Festival

At this point I feel I should make it clear that I’m not one of these parents who comes out in a cold sweat as last day of every term and half term approaches. A break from any kind of ironing and not having to make lunch for four people before the sun has even had a chance to rub its eyes is always welcome in our house. Plus, our kids are officially certified as mint, of course.

By the end of August, I don’t think anyone in our little family would disagree that we could all do with a change of scene. For my kids and their dad, this involves me disappearing for a few days. For me, this means L-I-N-D-I-S-F-A-R-N-E!

Over the years – as well as putting the whole damn world to rights while putting a crate or two of Prosecco to bed – me and my very  best chums have danced our wooly socks off to the likes of The Showhawk Duo, Reef, Colonel Mustard and the Dijon-5, Happy Mondays, Back Yard Orchestra, Hyde and Beast, Smoove and Turrell, Norman Jay, The Happy Cats, Ladies of Midnight Blue, The Levellers and loads more.

We’ve also enjoyed the odd massage, sampled some Lindisfarne Mead and decided it wasn’t for us, stuffed ourselves stupid (with around five meals a day, on average) and laughed ourselves silly in the comedy tent. The less said about the Laughing Yoga session the better. 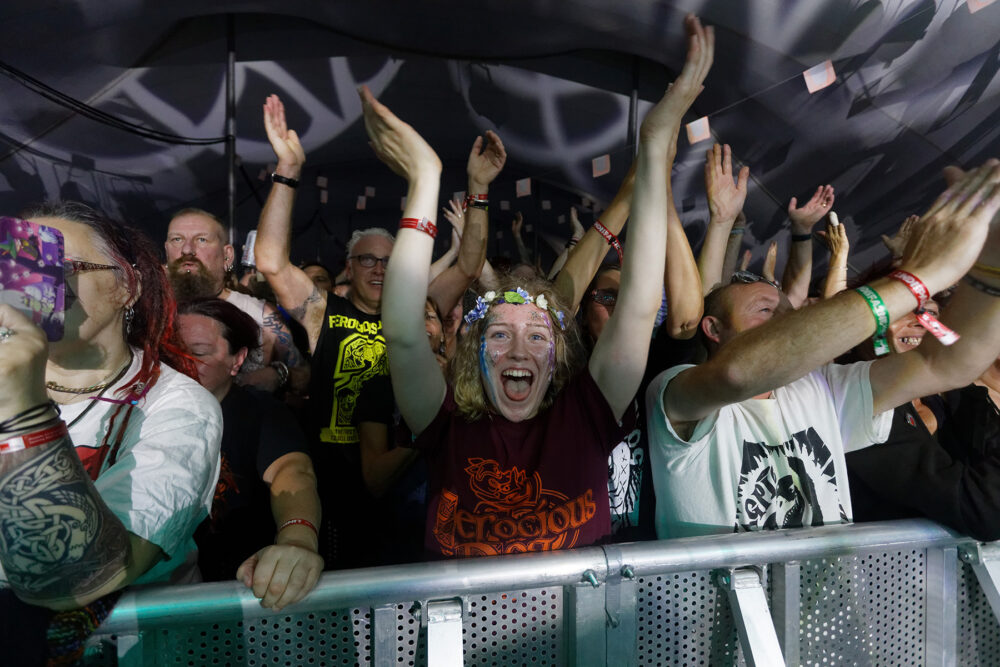 The Lindisfarne Festival – so much to smile about

It’s an absolute blast of a few days and I can’t recommend it highly enough… although I’m always conscious that we don’t want too many people to find out about it.

While memories of my times at the galactic Glastonbury will always be held dear, it has to be said that part of Lindisfarne’s charm is its perfectly-formed diddiness.

Forgotten something from the car? No worries! It’s only five minutes away.

Left your flowery head band in your tent? Hey no problemo! Give it a few minutes and you’ll be wearing it like the festival queen you are.

Two of your favourites clashing on the bill? Do. Not. Panic. You can dodge in and out of tents like a Choon-seeking pinball if you so wish.

Plus, the toilets are definitely up there (in a good way) when it comes to both numbers and whiffiness and I’ve yet to come across a member of Festival personnel who wasn’t a treat of a human being.

So, what’s on the menu for this year?

Truth be told, I’d be going no matter who they were planning to fill up the 10 – Yes 10! – stages with. But it just so happens that the 2019 is almost as exciting as the prospect of 72 hours with only myself to worry about. 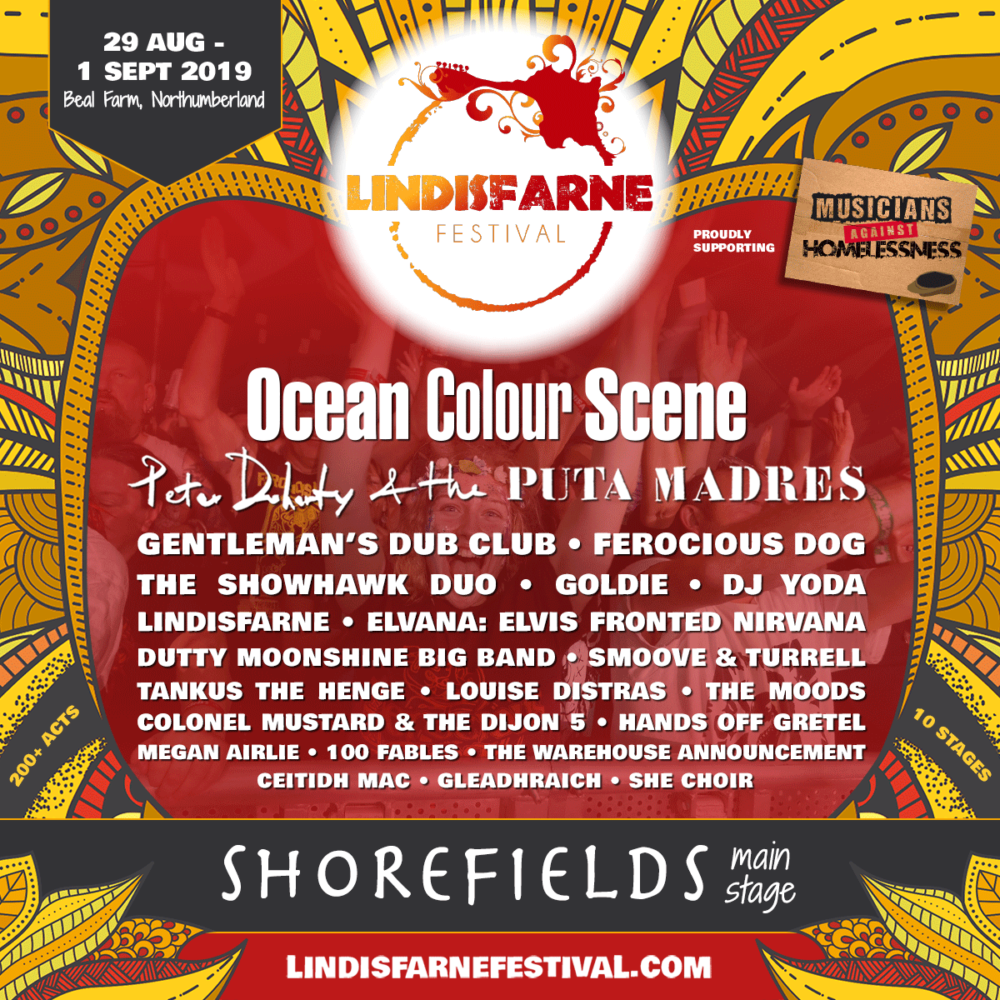 As you can see from the poster above, residing at the headliner level, we have Ocean Colour Scene and Pete Doherty and the Puta Madres – the top two of a whopping 200 performances programmed over the weekend.

Other live acts set to take to the stages over the weekend include The (truly amazing) Showhawk Duo, Ferocious Dog, 3 Daft Monkeys, Tankus the Henge, The Baghdaddies, Tom McGuire & the Brassholes, Colonel Mustard & the Dijon 5 and Elvana: Elvis Fronted Nirvana.

I mean come on. What’s not to whoop whoop about?

Billing itself quite rightly as the ultimate end-of-summer party, the 5,000 capacity gathering also prides itself of giving North East talent a big old trumpeting, so we can also expect turns from the likes of local legends Lindisfarne, Smoove & Turrell, House of the Black Gardenia, Portraits, HATi and The National Anthems. 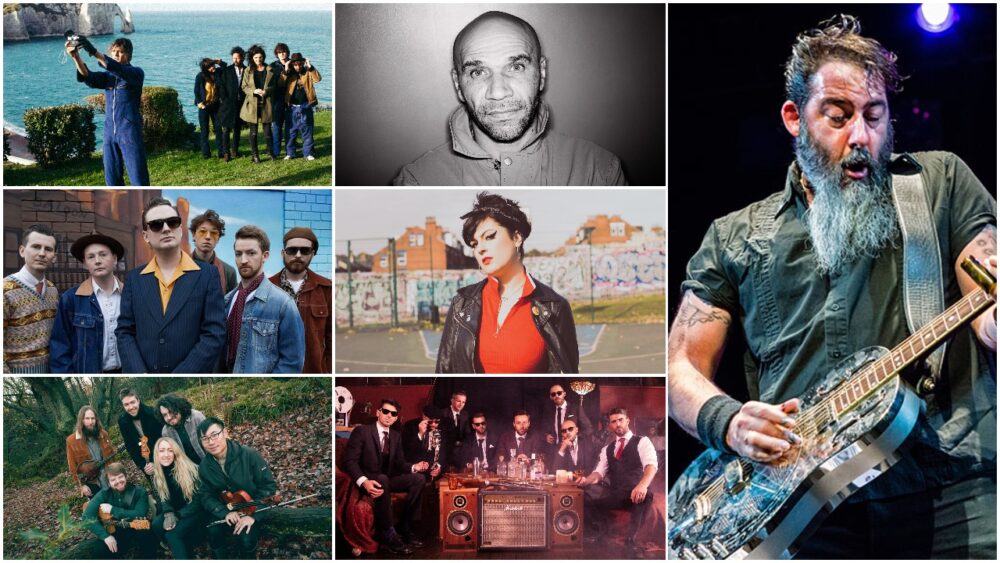 These kids just can’t stop ticking boxes. Now, the only thing to be decided is whether to embrace the annual fancy dress challenge.

A Viking theme returns for 2019 – but this time it’s sporting a tiara. Festival goers are being asked to choose between channeling a reigning King or a raving Queen. Pretty sure which sounds like more fun…

So grab your crown of choice and I’ll see you there!

The 5th Lindisfarne Festival takes place from August 29th to September 1st, 2019. For full listings and information, visit www.lindisfarnefestival.com – where you can also get your tickets.

Back to articles
« Making Something Brilliant
Review: The Bodyguard at Newcastle Theatre Royal »
Share on
Share on