The world premiere run of Lindisfarne musical comes to a close tonight following a stunning sell out stay at Newcastle’s Live Theatre. But that can’t be it, can it? SAM WONFOR nudges the legend that is Ray Laidlaw off his kit for a moment and bangs the drum for what would surely be a triumphant return. 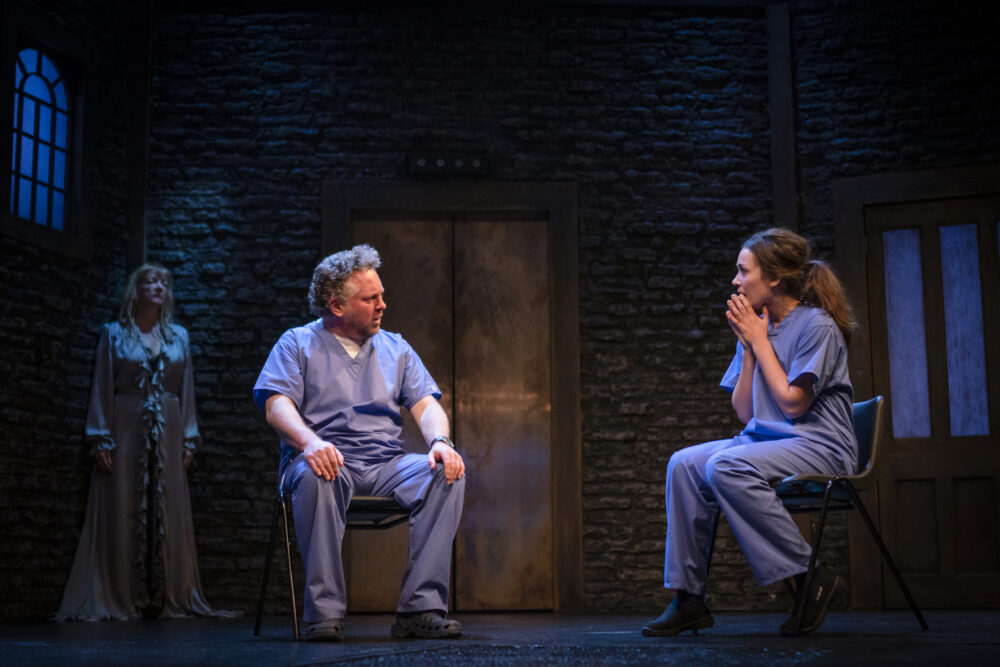 A sold-out run of shows around Christmas time is nothing new for Lindisfarne fans. (I know it’s only mid-November but Fenwicks’ window is already pulling in the crowds and the twinkly bulbs, tinsel and a backwards Greggs sign are festively lighting up Northumberland Street).

The North East band’s packed-to-the-rafters December residencies at Newcastle City Hall throughout the late 70s and 80s remain the stuff of Tyneside legend.

But Joe Douglas’ debut production since taking over as artistic director at Live Theatre offered a very different Lindisfarne-flavoured night out.

Based on Edgar Allan Poe’s short story, The Fall of the House of Usher, Clear White Light is a beautifully put together and brilliantly performed musical – or more a shadow-laden play with a corking soundtrack. 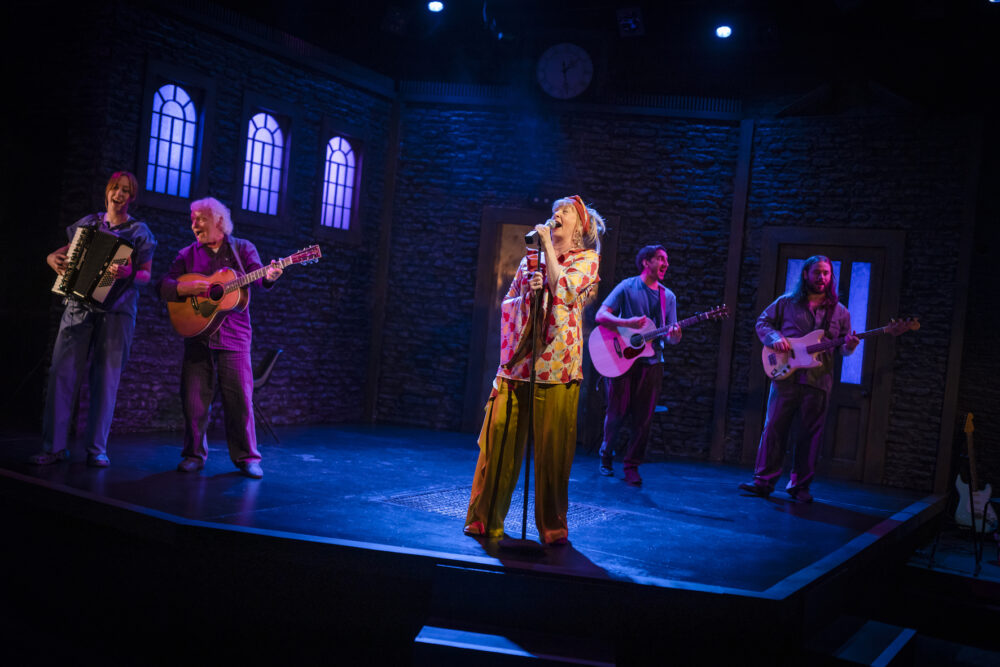 The music – delivered live by a line up of top drawer musicians including founding Lindisfarne drummer Ray Laidlaw and the band’s longtime friend and frontman of eight years, Billy Mitchell – perfectly celebrates and showcases the genius of Lindisfarne chief songwriter, Alan Hull, whose 1970s experiences as a psychiatric nurse at St Nicholas’ Hospital in Gosforth, Newcastle, also inspired the play.

Set in the St Nick’s of 2015, the story – written by Olivier Award nominated Paul Sirett – plays out against the stark backdrop of dangerously inadequate mental health care provision and a 70-year-old NHS on the brink of breakdown. 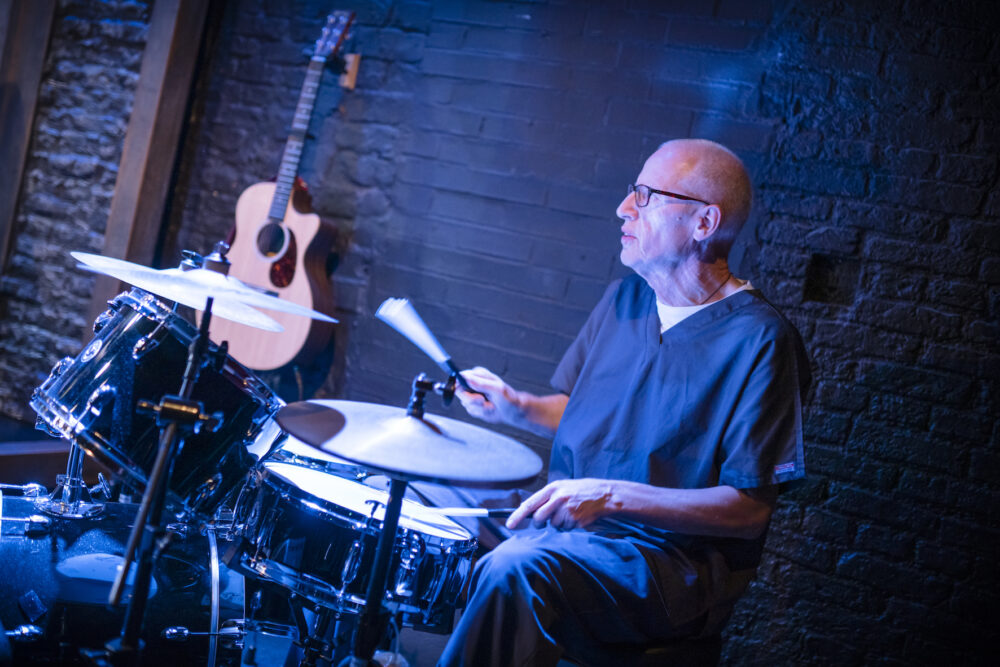 Student nurse Alison, (Bryony Corrigan) is on her way to her first shift on an all-male unit. She’s a bit nervous, but is soon sort-of reassured by Rod (Joe Caffrey), the experienced but only other nurse on shift, whose twin sister, Maddie (Charlie Hardwick) is a long-term in-patient.

Together, Alison and Rod do their best to steer everyone safely through another night on the ward, soundtracked – and often lit up – by an intruding thunderstorm.

As the dramatic twists, angry turns and shots of dark humour are played out, they are matched by a setlist of Lindisfarne classics including Lady Eleanor, Winter Song and Scarecrow Song, as well as the production’s title track.

All are led in the finest of fashions by Charlie – returning to Live Theatre after a long time away. 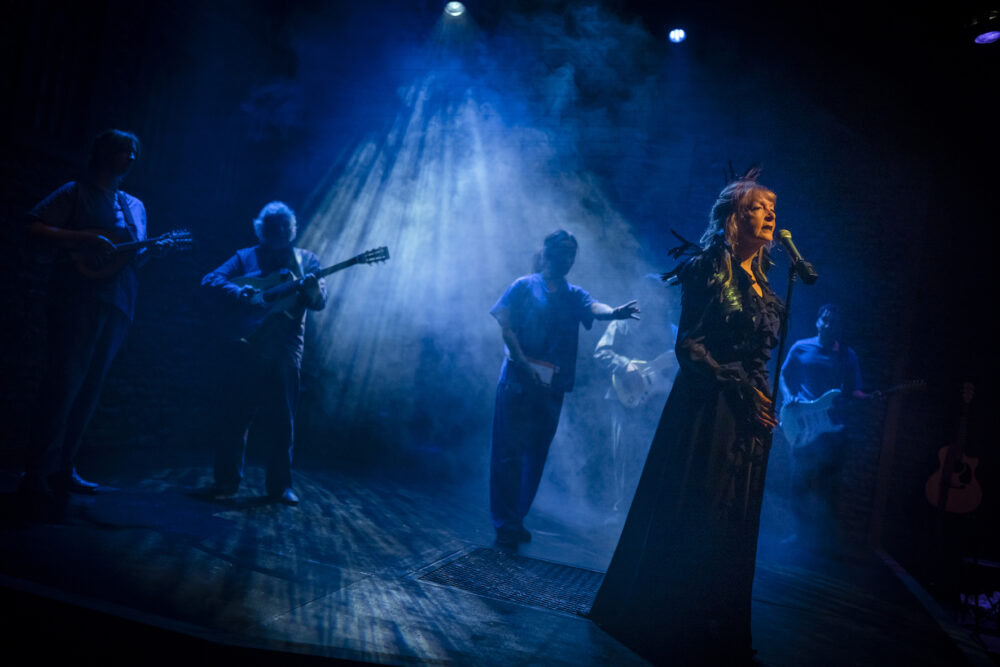 Having been brought up with the songs of Lindisfarne, hearing a woman sing them for the first time – unless you count the many in-car sing songs undertaken by me and my mum – offered a real treat of hearing them in a whole new light. Huge bow-downs to Charlie for taking them on – and nailing the lot.

The wonderful Joe Caffrey can take some extra applause too for his brilliantly heartbreaking portrayal of Rod as his personal and professional devastations collide.

Clear White Light offered Joe Douglas a perfect opportunity to introduce himself to Newcastle audiences… and he certainly made the most of it.

The tickets have been as hard to come by as the ones for those legendary Lindisfarne Christmas shindigs… so they just have to bring it back, don’t they? (Spoiler alert – the answer is yes. Yes they do.)