Interview: Newcastle actor gets himself into Deep Water

Charlie Carrick went to Canada at 18 in a bid to make it in the film world. He succeeded. DAVID WHETSTONE meets the Geordie actor who is appearing in Deep Water and the upcoming Cobra. 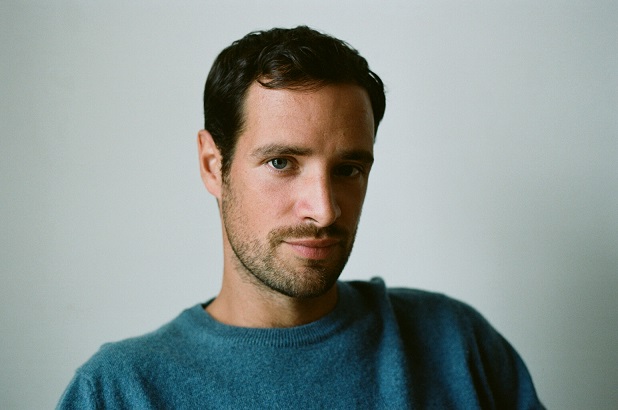 If you have been keeping abreast of Deep Water, ITV’s Wednesday night drama of troubled lives in the Lake District, you will be alert to the Geordie in the cast, soft-spoken Winston Toovey.

Like most of the characters, he’s in it up to his neck, struggling to kick a gambling addiction which has driven partner Roz (Sinead Keenan) into the clutches of a sexual predator.

Winston hides behind a bushy beard, which is why you might have passed the actor who plays him, a stubbly but beardless Charlie Carrick, in the street without realising.

Charlie lives in Canada and hasn’t appeared on stage in the North East, if you discount school plays. He has done a lot of screen work but Deep Water is his first job on UK terrestrial TV.

On native soil, then, Charlie is a bit of an unknown. But he’s back in Jesmond for a few days, ‘dog-sitting’ for his mum and occasionally popping to London for a reshoot of scenes in Cobra, the big Sky One series he’ll be appearing in this autumn.

We meet – me, Charlie and the dog – in a Newcastle café. He is not, I confess, a complete unknown to me because for years I worked with his mum, Avril Deane, one-time women’s editor and columnist on The Journal.

Avril was always interviewing famous people. Now she’s produced one of her own and I have been kept informed of Charlie’s achievements, including appearing in the Canadian premiere of Alan Bennett’s play, The History Boys, and portraying Manuel Pallares, a friend of Picasso (played by Antonio Banderas), in American TV series Genius.

How would Avril have begun an article about Charlie? Probably by noting what a handsome and charming chap he is. 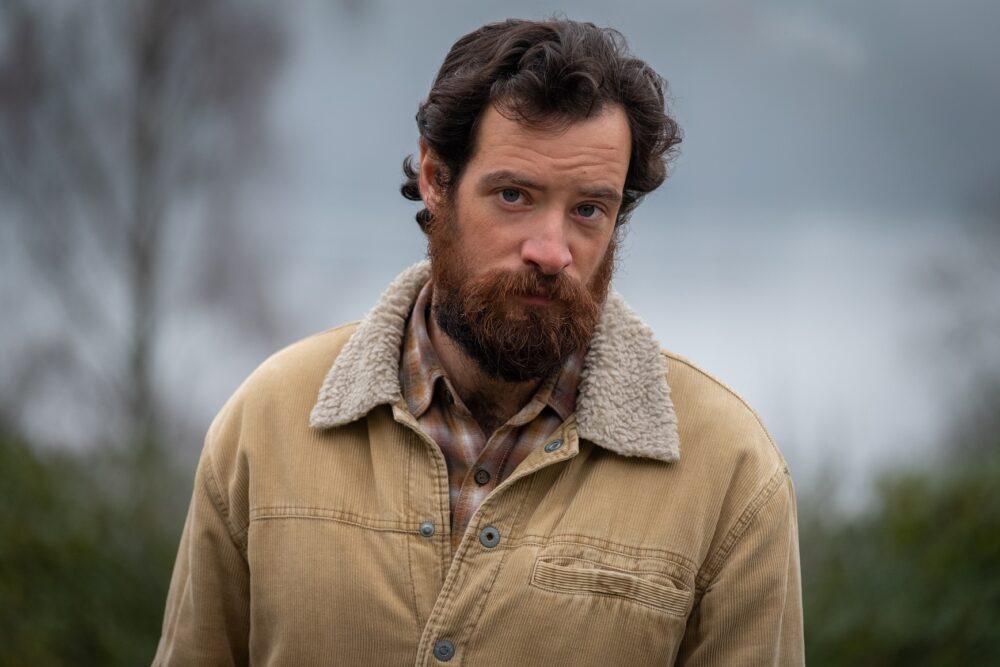 Understandable bias aside, she wouldn’t have been wrong. But Charlie isn’t quite famous yet and, in any case, seems uncomfortable with the idea.

“I’m a very shy person, extremely shy,” he insists over a cup of mint tea.

He casts his mind back to when he was 13 and appearing in his first play at the Royal Grammar School, just down the road. It was A Midsummer Night’s Dream and he played Puck, the mischievous sprite.

“It was my first experience of acting. Before then I hadn’t really thought beyond being a footballer.

“I remember Mr Armstrong, who directed the play, talking to my mum about what costume I should wear. They decided on a lycra bodysuit which we got from a dance shop in town.

“My hair was spiky and I wore girls’ jewellery. I was very embarrassed.

“But even now I find it nerve-wracking beforehand, even on a film set right up to the moment they say ‘Action!’”

Conquering nerves, Charlie enjoyed his theatrical debut. “It was very different to the rest of school. There was a real sense of collaboration.”

He was one of the pupils who persuaded the school to offer an A level in theatre studies which resulted in trips, most memorably to Shakespeare’s Globe where he saw Mark Rylance, as Richard II, bringing the text to life in a way he’d not thought possible. “It was just lovely.”

After leaving school Charlie didn’t go to university. He’d set his heart on entering the film world and for six months worked in a bar on Jesmond’s Osborne Road to save up.

“Then, along with some money my grandpa left me, I went to Vancouver Film School.”

His grandfather, he explains, went to Canada after the war to work for its ministry of pensions. His mum was born there but the family returned eventually to Tyneside.

Despite this loose family link, Charlie just wanted to get away. As he puts it: “I really had a strong desire to put a lot of geographical distance between myself and home.”

He had been to North America only once, with the school football team, and didn’t know anybody there. He still remembers the jitters he felt, aged 18, as he waved goodbye at Glasgow Airport.But after two nights in a youth hostel he soon settled in and now has fond memories of the course. “I remember getting a pass for the Vancouver International Film Festival. I think I saw 45 films in 10 days.”

Graduating in 2006, he did what all budding actors must do and auditioned tirelessly. The Bennett play came along in 2008 with Charlie cast as Dakin, a handsome boy full of swagger. Avril, he recalls with a smile, saw it five times.

“I’d done my first TV the year before and thought that’ll be the first of many. But it wasn’t until 2010 that I got a run of stuff. That was a busy summer because I also had a job in a restaurant.

“Ever since then I’ve been just an actor, which I reckon 99% of actors can’t say. Most need to do other work to supplement their income.”

Charlie, now 33, has made a career for himself in North America where his TV credits include The Borgias, starring Jeremy Irons; Cedar Cove, centred on a character played by Andie MacDowell; and Reign, about Mary Queen of Scots, in which he played Elizabeth I’s favourite, Robert Dudley.

Still keen to avoid the squirm factor, he says: “For the last few years I’ve just not auditioned for things I don’t want to do.

“I’m not saying I’m flush with great offers and it’s probably not a very smart thing to do but there is this embarrassing element to acting.” 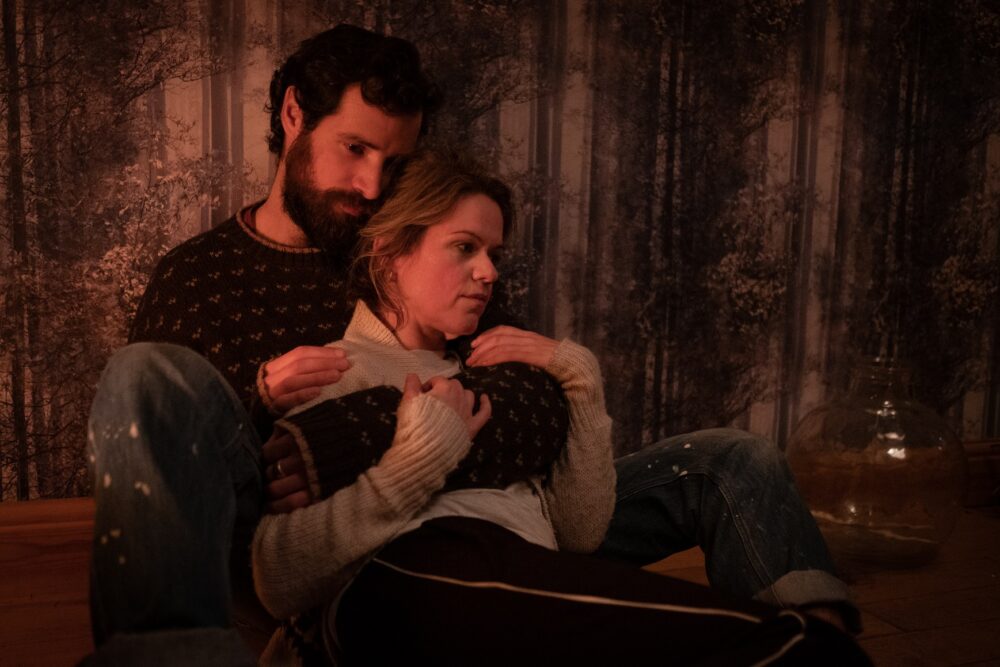 Some seem immune to it. Actors, he suggests, are either extroverts who balk at nothing or those more like himself. “I don’t think you can determine who’s good or bad along those lines. It’s just opposite types of people drawn to the same job.”

And if there’s glamour attached to acting, he plays it down.

“An actor’s life is mostly auditions. You’re at home a lot and no matter what job you’ve just done, as soon as you’ve been sitting around for a few days you feel like a waste of space.

“I can’t enjoy just sitting there reading a book.”

His career took on a transatlantic dimension after he moved to London two-and-a-half years ago with girlfriend Nina, now his wife.

“I guess I thought it’d be long term but when it came to buying a house, which we wanted to do, it was hard. I’ve got no standing here, no credit history. It was easier to buy a house if we went back and also London was a bit full on and busy for both of us.”

The couple recently bought their first house in Guelph, a university city not far from Toronto. Since Nina is an artist and musician, says Charlie, there’s a piano in the living room and a loom in the basement.

Meanwhile, in the UK Charlie’s profile is set to rise.

He came late to Deep Water, he says, just a week before shooting started last August, because they were still working on the Winston character.

He’d been told that Anna Friel, who plays harassed Lisa Kallisto, was a ratings boon for a TV show so was happy to sign up for a series that focuses primarily on three women.

Rather than joining a close-knit cast, it was “more ships in the night”, he says. “Filming went on until Christmas but I’d go to the Lake District for a few days and then come back.”
To my surprise, he says he hasn’t seen the finished series. “But I will,” he insists. “I’m intrigued to see how it all fits together.”

Charlie says that in Cobra, starring Robert Carlyle as the Prime Minister, he will have a more pronounced North East accent when playing a character who “takes advantage of a national crisis”.

“I’ve been working on the show this summer with one of the directors from Deep Water, Al Mackay.

“I’m not sure how much I’m allowed to say but there’s a big national crisis and the Cobra (Government emergency) committee is convened.

“It goes behind what’s happening in the corridors of power. It’s nice to be part of an exciting thriller which is also quite topical.”

Throughout September Charlie will be in London where they’re shooting a British film called The Power.

He is cast as a doctor in Corinna Faith’s supernatural thriller which is set in a crumbling hospital during the winter of 1973 when a national miners’ strike caused power cuts across Britain.

Meanwhile other releases are imminent.

Charlie plays newlywed Charlie Mott in Angelique’s Isle, a Canadian film telling the true story of a young couple left for dead on Isle Royale, in Lake Superior, during the 1845 copper rush.

Then he will appear as Michael Foley, brother of American journalist James Foley who was murdered by Isis in 2014, in Daniel, a film about fellow hostage Daniel Rye, a Danish photographer.
Charlie flew to Sweden for three days to shoot a challenging scene in which Michael speaks at his brother’s funeral. Preparing for the part, he came to realise the bravery of freelance journalists who risk all for a story.

“They’re heroes in a way. If they weren’t there, we’d have no idea what was really going on in those places. You really want to do justice to a part like that. Coming as a guest to join people who’ve been working on the story for a month, you need to summon all this emotion.

“At the end I had to cry. It was one of the hardest roles I’ve done.”

For now, though, the man who once couldn’t wait to leave Newcastle is back and inclined to smile.

“I enjoy coming back here so much now,” he says, “seeing my family and walking the dog. I feel I’m rediscovering all the good things about being here.”

Deep Water concludes on ITV at 9pm on Wednesday. All episodes are available on ITV Hub.