Folk maestro Ian Stephenson is stepping into the spotlight for a technology-laden performance at Sage Gateshead, when perfection will be the only option. He steps away from the laptop to loop Sam Wonfor in on proceedings. 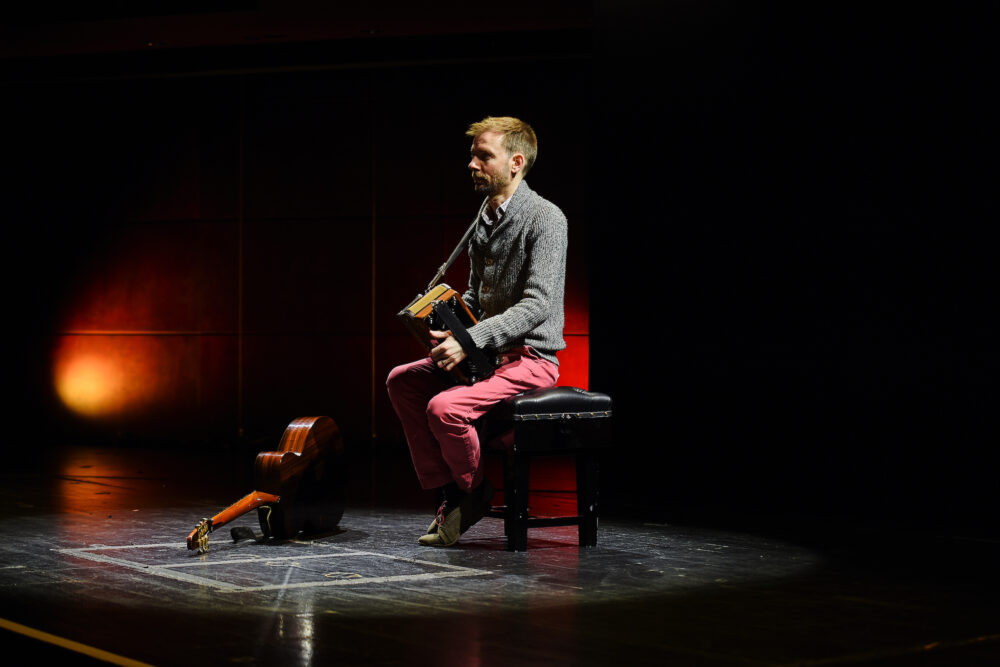 Ian Stephenson makes no bones about the task he’ll be taking on when he steps onto stage for his debut headline solo performance next month.
“It’s not flexible in any way. Perfection is expected,” he says simply and seemingly without a hint of anxiety, which is slightly unnerving if I’m honest.
“Luckily, perfection is usually achievable,” he laughs. “It’s good to take the audience on an adventure and an element of risk is always exciting.”
Ian is talking about the gig he’s booked for March 1, when the assembled crowd in Sage Two at Sage Gateshead can expect to be served a folk-filled feast of sound, light and 21st century looping.
The show is called Modulate and – for the first time – is allowing Ian a big slice of the spotlight. 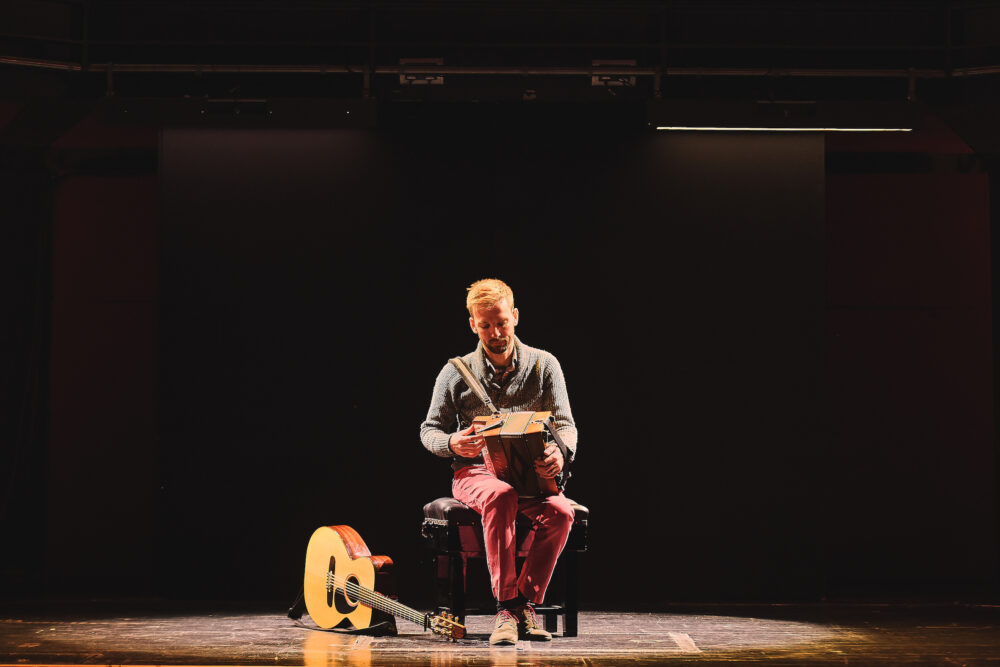 After 20 years of playing beside or behind other people, you could say this multi-talented and much-respected folk musician is looking forward to the prospect.
“I’m mostly known as an accompanist of other people… and I never got to play the tune, which is another thing I’m loving about this show. I get to play the tune and do what I want!”
It’s not overstating things to observe that Ian has taken his chance to take centre stage and sprinted with it, thanks to the spanking new looping and projection technology which underpins the whole performance.
“This software has definitely unlocked the opportunity for me,” he says. “I couldn’t think how I could have gone out to perform as a solo artist without it.”
One of the first people in the world to perform live using the all-important ALK2 technology, the upcoming gig will see Ian create a series of multi-layered tracks – featuring guest vocals from folk singer Kitty MacFarlane, who is also playing a support slot – and there won’t be a looping pedal in sight.
He explains: “As someone who plays a lot of different instruments when I’m in the studio, the idea of looping (the process of capturing and repeating a sequence of sound material) always interested me, but I was never that inspired by the performances I’d seen.
“It can feel as though the audience is excluded from the musical party that a soloist is having with themselves.
“But this technology means you set up the arrangement in advance. The computer knows from the very beginning when it’s going to record you and when it’s going to bring it back. I literally press ‘go’ and then don’t touch the laptop again.”
As well as composing all the music for Modulate, Ian has also devised the accompanying visual experience – a series of precisely mapped projections, which will light up the stage, the instruments and Ian himself. 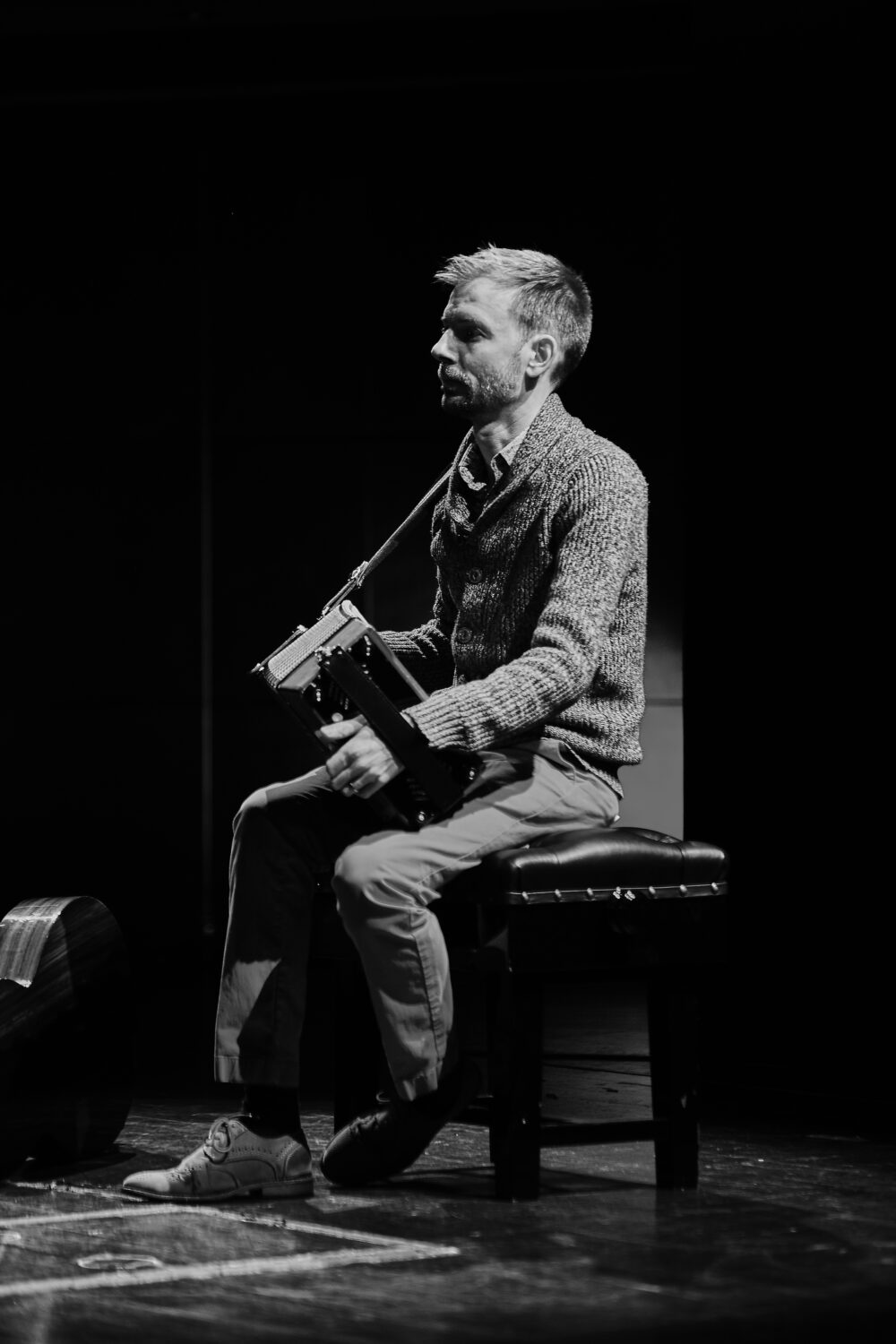 He was inspired to explore the possibilities afforded by ALK2 after working with folk artist, Hannah James.
“She told me about it and I was intrigued to see what it could do,” he says. “Then when I was invited to support one of my favourite bands, Väsen from Sweden at Sage Gateshead last April, that gave me the impetus I needed to dive in and try it out.”
One of the UK’s most exciting and talented multi-instrumentalists, Gateshead-based Ian – who is the director of the Sage’s youth folk ensemble, Folkestra – is best known for his guitar and melodeon playing with folk bands such as Kan and Baltic Crossing.
He was a member of 422, which won the Young BBC Radio 2 Young Folk Award in 1999 and has been a regular touring member of the Kathryn Tickell Band.
Also an experienced videographer and in-demand sound engineer, Ian says developing Modulate – which he has done as an Associate Artist at Sage Gateshead and during a residency at the English Folk Dance and Song Society – has given him the platform to show off his full audio visual repertoire. 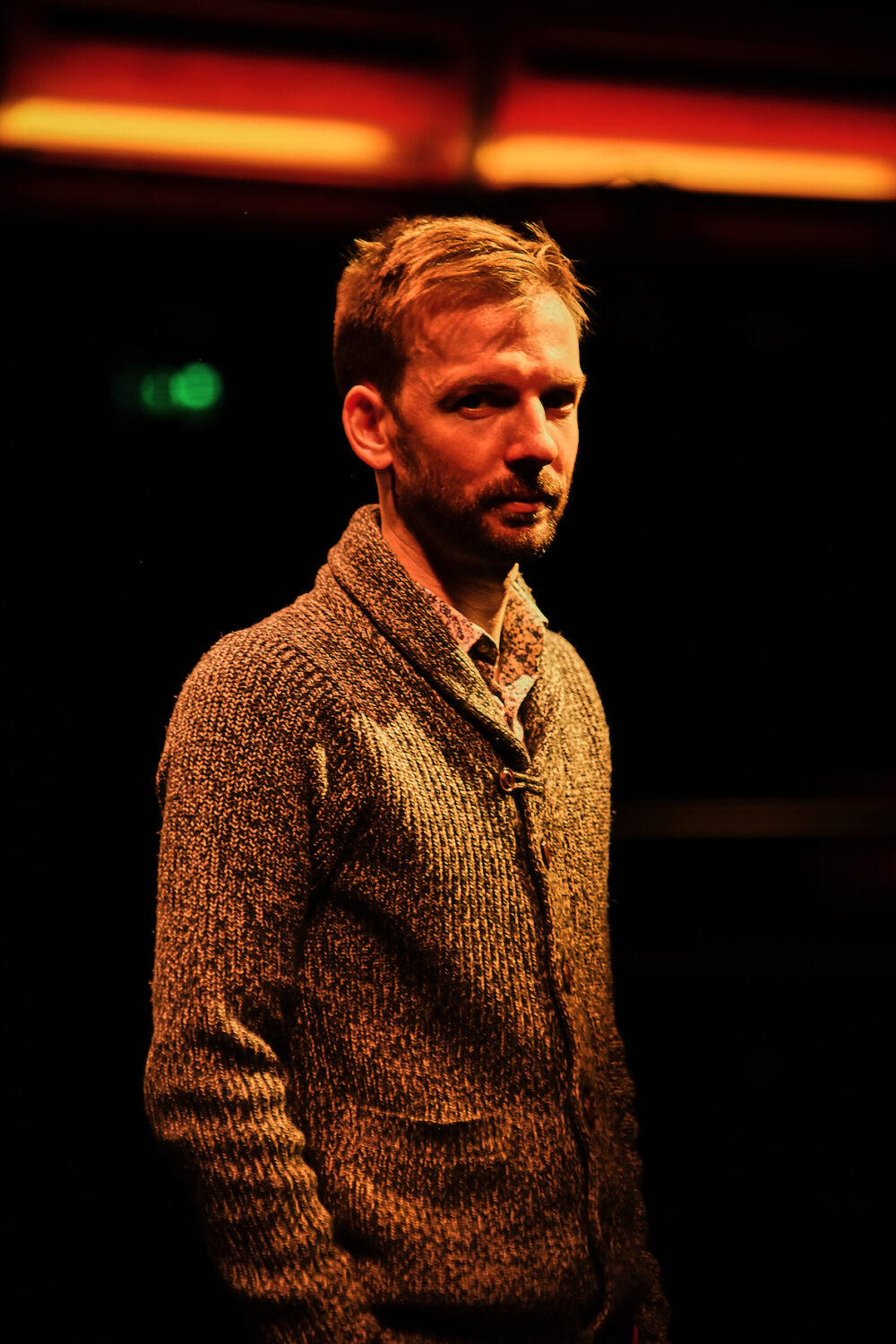 “It’s the perfect way to bring those three areas of my creative life together,” he says.“In the past, it has been impossible for me to translate what I do in the recording studio to the live stage as a solo performer because you can only play one instrument at a time. Now, I can mix the track in advance and use all of my production techniques which I would use in the studio and bring them to the live experience.
“Then alongside the music are visual elements which synchronise with and react to the musical ideas.
“This is really the first time I’ve been able to stand on a stage and say ‘this is me – this is what I can do’.”
For the audience, Ian says it will be like seeing an album being recorded in real time. “They’ll see the layers being put down and they’ll see and hear the piece developing before their eyes and ears.
“I really can’t wait for people to come and experience Modulate. It feels like it’s going to be a very special night.”
Amy Leach, Folkworks producer at Sage Gateshead, says: “We’re really excited to see Ian take this exciting new step, and take centre stage for his new solo project. He’s not only taking his first solo venture, but taking total control of the performance experience by controlling all the music and projections single handed!
“This is a new direction for Ian and a new direction for folk music, and we can’t wait to see it!”

Back to articles
« Review: Bacon Knees and Sausage Fingers, Alphabetti Theatre
Signing up for the School of Improv »
Share on
Share on