After a much praised trilogy of fairy tales, the region’s long-established balletLORENT is about to launch something a bit different. Liv Lorent tells David Whetstone about The Lost Happy Endings. 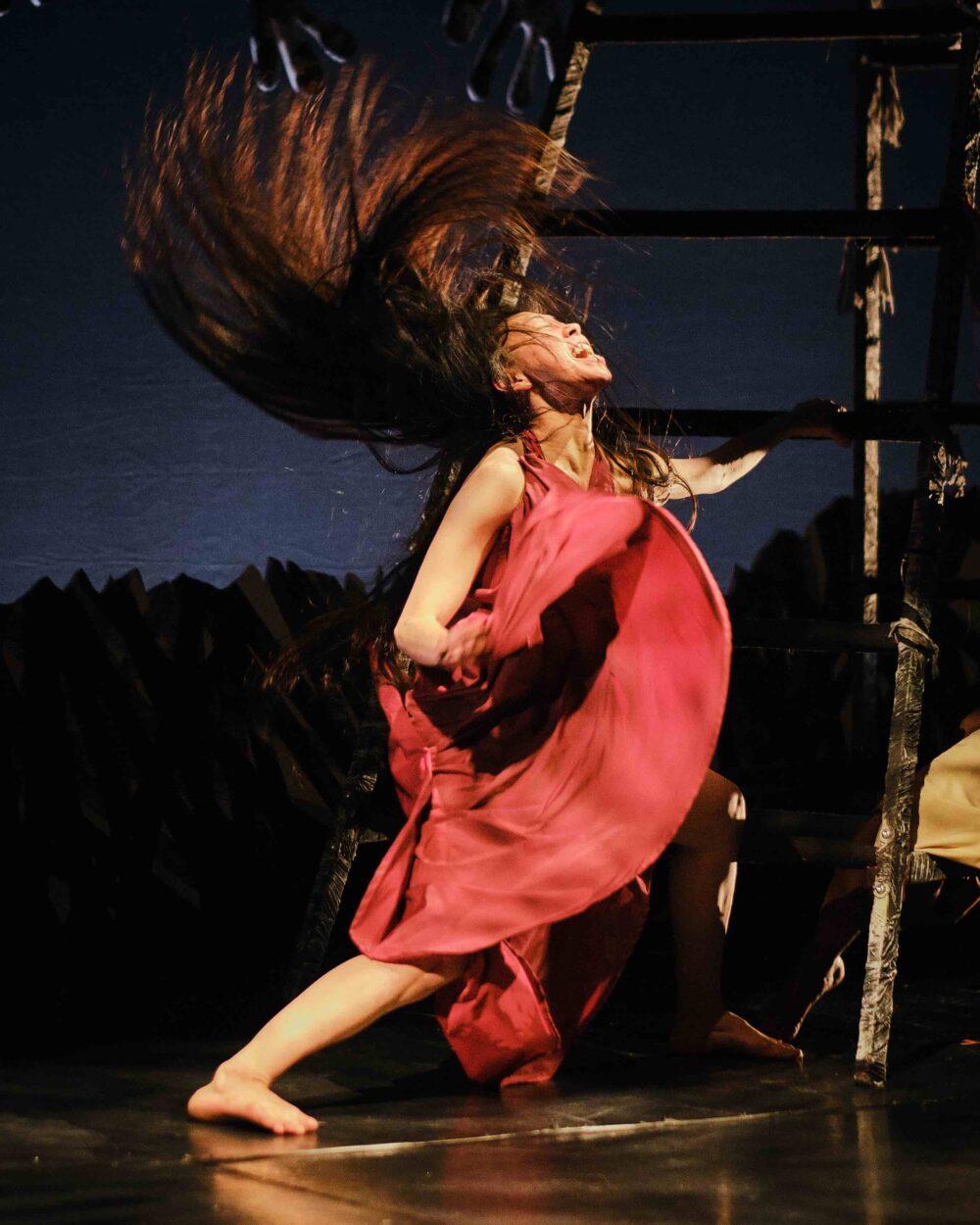 But stories have beginnings, too.

The beginning of this one can be traced to a pub in Stockton where Liv Lorent snatched a few moments with the former poet laureate back in January.

“She treks around the country but had been doing something at the university,” explains Liv who brought her dance company to the region in 1995 and put down roots.

“It was cold and grey but we had a great meeting. We stayed off the booze and concentrated very hard, riffing on ideas. We were definitely in work mode.”

Strictly speaking, there had been earlier beginnings. Liv and Carol Ann collaborated on sumptuous dance adaptations of Grimm fairy tales – Rapunzel in 2012, Snow White in 2015 and Rumpelstiltskin in 2017.

This time Carol Ann Duffy’s own original work is the source material. The Lost Happy Endings tells of a girl called Jub whose job every evening is to open her sack and scatter happy endings in time for all the bedtime stories. 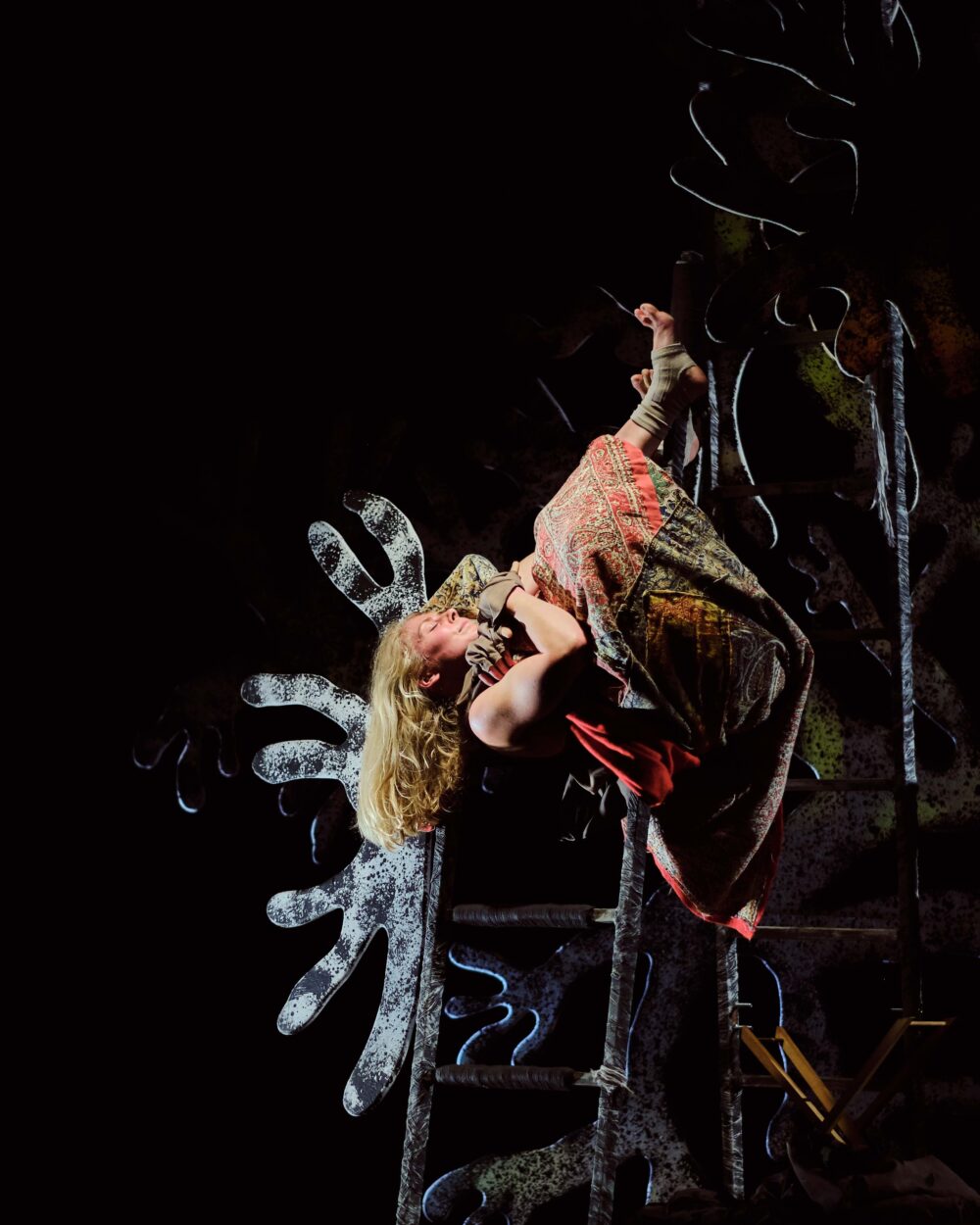 Then comes a witch, a “twisted old woman with a face like the bark of a tree and horrible claw hands”, who steals the sack, resulting in tearful, unhappy bedtimes all over the forest.

Cinderella’s foot won’t fit in the glass slipper, Little Red Riding Hood gets gobbled up and there’s no escape for Hansel and Gretel.

The story was first published by Bloomsbury in 2006, the same year balletLORENT’s first family show, Angelmoth, premiered at Dance City in Newcastle.

Liv knew The Lost Happy Endings was perfect for a company specialising in “storytelling through dance theatre”. But it raised questions, too, particularly in relation to the witch.

“In all the fairy tales, we’ve explored complex, difficult behaviour, unpicking the stories to examine what motivates us,” she explains.

“All of us are capable of behaving selfishly, stamping our feet, but when you break through to what the witch really needs, you wonder why she has become so embittered.” 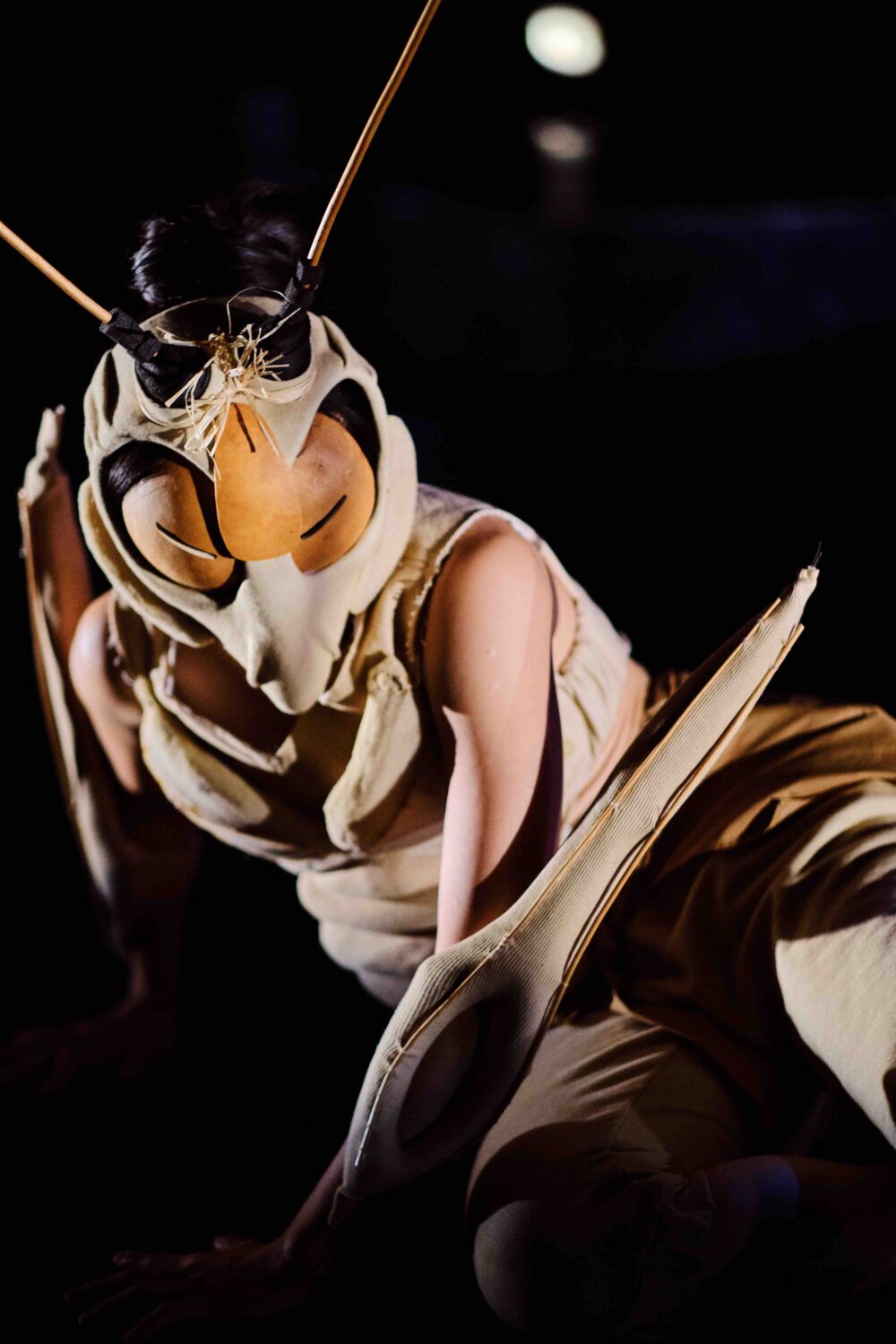 Liv wanted a bit more from the author of the children’s story – a few more unhappy endings, perhaps, and a reason for the witch’s terrible behaviour. But what would one of Britain’s most acclaimed poets say?

“She might have said, ‘No, bog off, that book stays just as it is’,” admits Liv. “But she was excited to do it and very trusting of us. She’s coming to the premiere so I hope she likes what we’ve done with it.”

Carol Ann’s re-working of her story has resulted in a lavish production that will have its first run Newcastle and then tour to Darlington Hippodrome and London’s Sadler’s Wells Theatre in 2020.

Liv sees The Lost Happy Endings as “a really interesting piece” and reflective of the chaotic, sometimes angry times we’re living though.

“You have Jub, who cherishes all these happy endings because they spread joy and light to children all over the world, and then you have the witch who says life isn’t like that.

“Most of us bringing up children wrestle with what’s best, fostering a belief in happy endings which might raise false expectations or insisting that real life can be hard.

“As schools of thought, they’re polar opposites and I don’t think there’s a definite right and wrong.”

As with the earlier productions, a nimble professional ensemble will be joined on stage by a cast of 18 children aged six to 11. Some have worked with the company before while others have been recruited following a series of school workshops around the region.

A few of them have grown up with the company. Liv’s children, Albie, aged 11, and Emmy, six, will be making their debut and will be joined by dancer Debbi Purtill’s son and production manager Simon Henderson’s son and daughter.

Liv, whose dance works have often been inspired by her personal circumstances, laughingly likens balletLORENT to a circus family, raising its own performers.

And although the company has been Newcastle-based for decades, it is often on the move, either touring its shows or moving home (the latest base being MEA House in the city).

Liv’s husband, Ben Crompton, is the new show’s dramaturg, making sure the narrative flows, and much-lauded Murray Gold, music director and composer on Doctor Who from 2005-18, has once again produced the music. 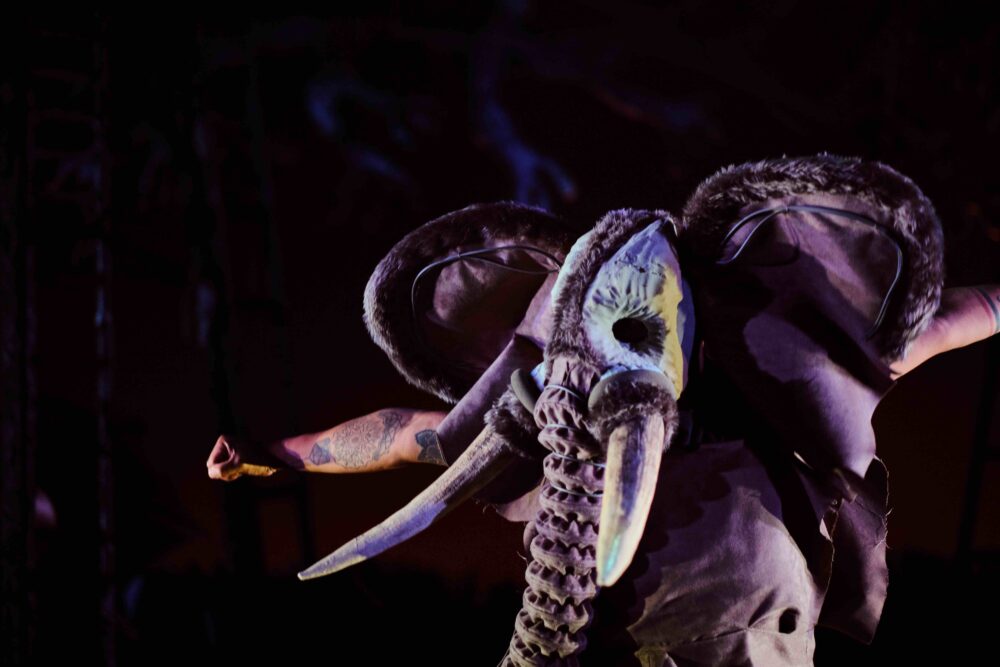 Joanna Lumley recorded Carol Ann Duffy’s beautifully written script – they are friends, Liv believes – and costumes have been designed by Nasir Mazhar, a newcomer to the company whose fashion credits include designing the hats for the film Mary Poppins Returns.

The costume changes will come thick and fast as the 10 professional dancers switch between being parents, forest creatures and fairy tale characters on Neil Murray’s huge and elaborate set.

Liv says she hopes the result will be a fabulous treat for audiences, “something really good that people will feel nourished by, with amazing performers, a massive Murray Gold score and lots of emotional content”.

It should work on different levels, children enjoying the story and the visuals and the adults seeing parallels with parenthood and maybe even politics. The concluding revelation that Pinocchio grew up to be Prime Minister – this written right at the start of the year – seems likely to raise a smile.

The Lost Happy Endings, commissioned by Sadler’s Wells and co-produced by Northern Stage and balletLORENT, runs at Northern Stage in Newcastle from October 31 to November 2. Tickets from www.northernstage.co.uk or call 0191 230 5151.