Fancy a brush with art over half term? David Whetstone talks to some of those involved in the Family Days activities at BALTIC 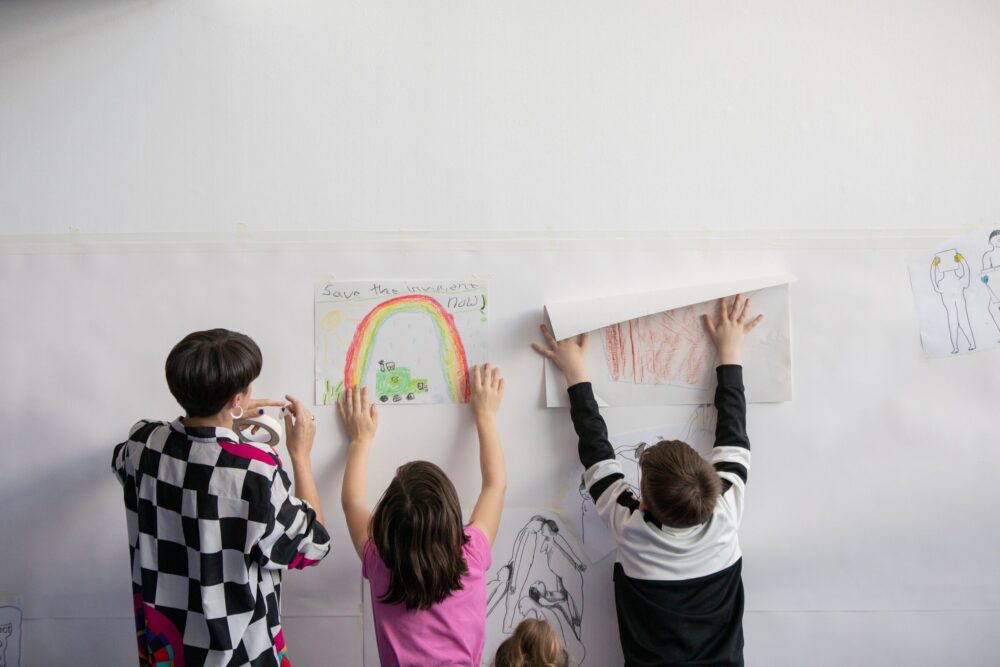 Since it opened in 2002, months after the Gateshead Millennium Bridge, it has regularly notched up more than half a million visits a year (504,000 in the financial year 2018-19).

But despite global recognition, not everyone on the doorstep has set foot inside the building.

That’s something BALTIC intends to put right with its forthcoming family days.

“They are designed specifically for families but they’re also an opportunity to show those who haven’t visited the gallery before what we offer,” says BALTIC communities producer Annie Bedford.

“We want to be a better neighbour for people living in Gateshead and Newcastle.”

Scheduled for the half-term break, the family days are an invitation to be more than just a viewer of art.

Artists are doers and makers. With pop-up activities and performances throughout the building, this is a chance for youngsters to experience what their world has to offer.

BALTIC artists Sophie Lisa Beresford and Soodabe Nazarhaghighi will be leading an activity called Growing Me, Growing You, exploring how we can take care of ourselves and the natural world.

Sophie, from Sunderland, is a flamboyant artist who uses film, dance, costume and other media to challenge stereotypes, notably of working class culture.

Annie says Soodabe, whose first language is Farsi, “used to run two nurseries in Iran and is equally skilled. She will bring her own cultural experiences and creative expertise to the day.” 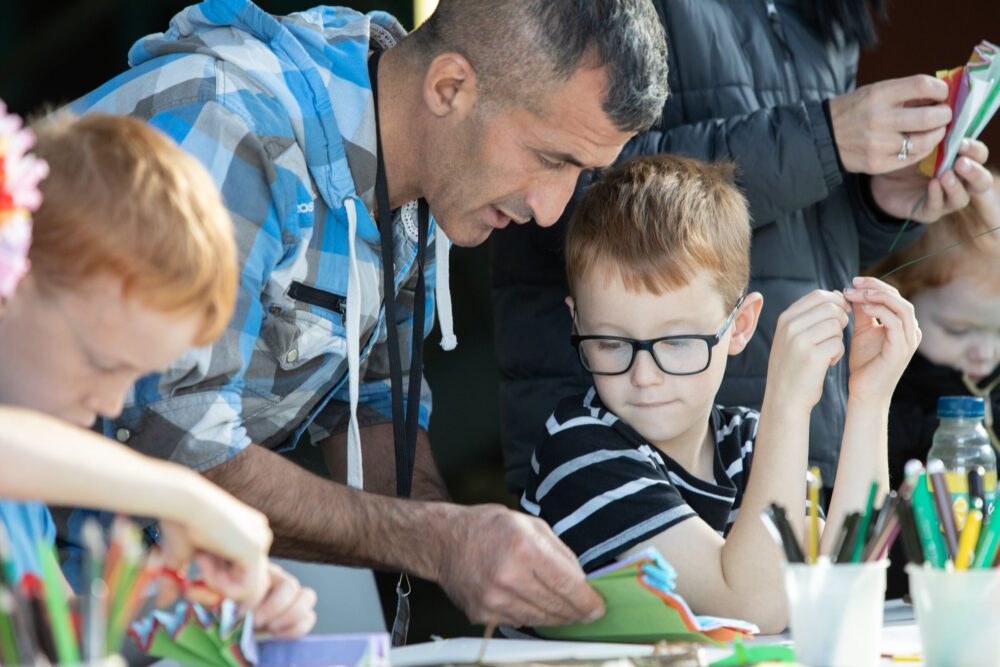 Their activity, inviting participants to explore how we look after ourselves and the natural world, will involve decorating pots and planting seeds.

Richard Bliss, who worked with BALTIC on its Raising the Flag public engagement programme during the Great Exhibition of the North, has devised a participatory art event called Circles of Love.

“The idea is people will get a piece of paper cut into a circle and then put themselves at the centre of it while representing all the people who are important to them.

“This can be done in a variety of ways, through writing or drawing or even using objects. Children might want to put their toy rabbit in there with them.

“It’ll be different for everybody but it’s a way for people to express the love and support they have around them.

“It should be fun but on a more interesting level it should illustrate people’s ways of thinking about love and support. They are words that get thrown around without being examined too closely.”

Richard says the idea came from workshops where he found people struggled to express how they were supported in their daily lives. 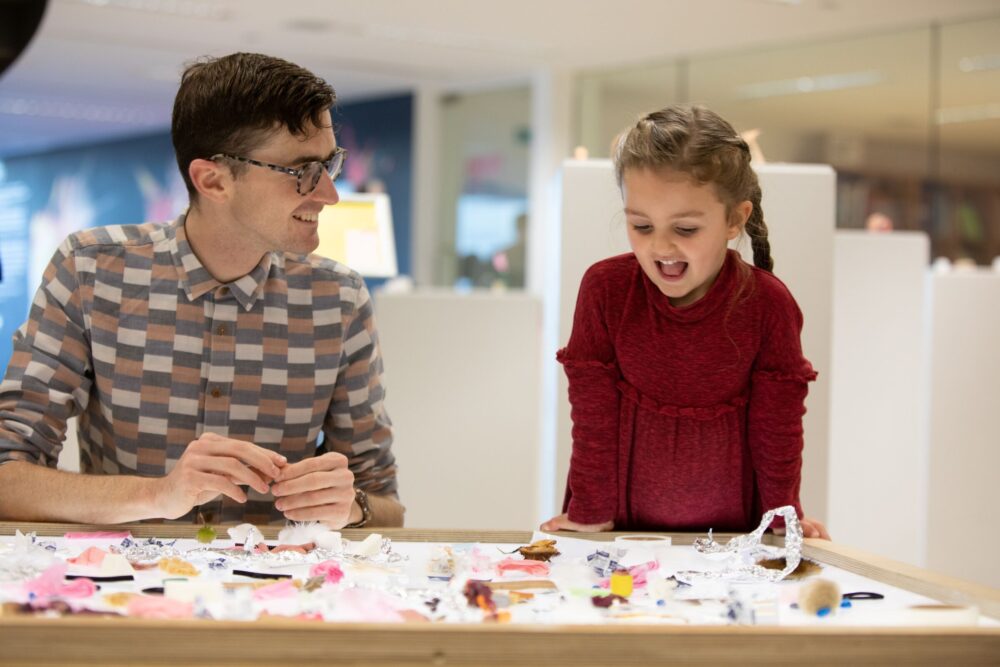 “It’s a challenge for schools when a lot of their pupils don’t have English as their first language,” she says.

“Art is amazing because it enables pupils to interact with each other visually. They don’t need words.”
Pupils from the school, along with artist Megan Randall, will be at BALTIC during the family days with an activity called Creative Kindness, demonstrating the natural dyeing techniques they’ve learned and inviting people to have a go.

Annie says BALTIC’s work with other groups, such as the West End Refugee Service and the Comfrey Project (a charity which helps refugees and asylum seekers to develop practical and social skills) have borne fruit.

“At the last family days in October, we were pleased to welcome 2,700 people who specifically came for the event.

“Many of these visitors were from areas that wouldn’t traditionally think of BALTIC as a place to spend their half term. Carefully nurturing relationships, word of mouth and people’s personal recommendations are important factors in this shift.”

This time volunteers from the Comfrey Project will be offering specialist hand massages in a dedicated relaxation room on Level 1.

On Level 2 visitors will find a sensory room, described as a quiet place to play and explore sensory toys, projections, sounds and materials. There will be a picnic area too. 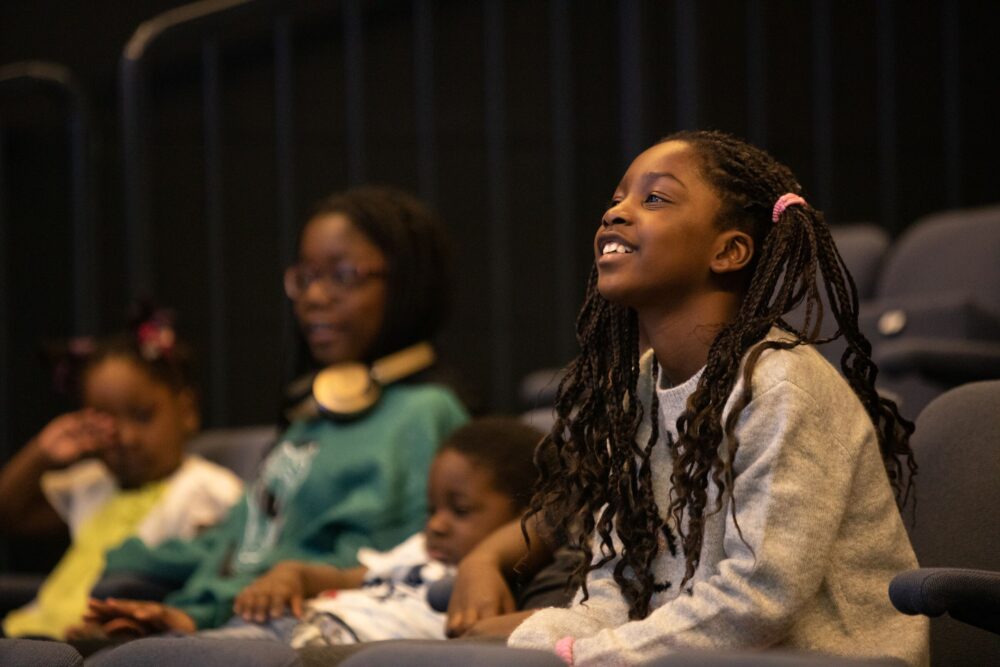 BALTIC crew members will be on hand to provide an informal introduction to contemporary art under the heading Family Quest and to lead Wander and Wonder tours of the current exhibitions.

Discover Arts Awards will be on offer on both days to children aged five and over who take part in various art-related activities. Meanwhile the Rock Choir North East will serenade visitors twice daily (11am and 12 noon) in the River Terrace.

BALTIC Family Days are on February 19 and 20 with free activities from 10am to 6pm. Find details online at baltic.art/familydays

Back to articles
« Review: The Seven Acts of Mercy at the People’s Theatre
February half term: Rocket Girl takes off at Alphabetti Theatre »
Share on
Share on