Six years since her last solo record, singer songwriter Beccy Owen is preparing to release Chaotica – an exploration of femininity and mental health – which just might be her most special one yet. Sam Wonfor talked to her. 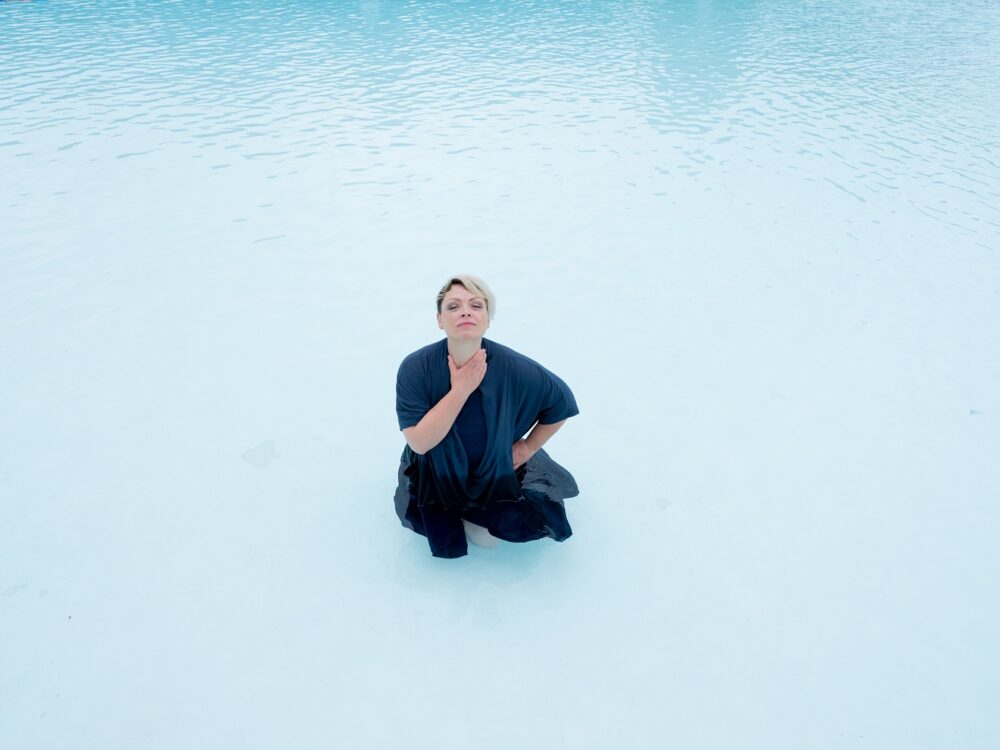 Beccy Owen and the Refuge release Chaotica in November

When it came to embarking on her new solo project, Beccy Owen had a feeling she’d be venturing into uncharted territory.

Having released five solo albums as well as putting great stuff out while leading the charge of two North East-born music-making outfits – namely chamber pop collective Sharks Took The Rest and electro-pop four-piece Joy Atlas – it wasn’t as if she wasn’t well practised in the recording process. But this felt different.

“From very early on, even before I’d demoed songs and when the idea of making a new record was still in the dreaming stage, I had a feeling things might go the way of an all women thing,” says the Welsh-born (but very much North East adopted) singer.

“I initially demoed everything alone on my laptop, but as soon as I started to hear the songs back I felt strongly led to find female musicians. Even before there were any lyrics.”

That’s where Beccy was back in 2018 when she first mentioned to me that she had a new solo offering in the offing.

We were chewing the fat post choir rehearsal – Beccy runs a heart-swelling programme of pop up choirs all over the North East – and I was delighted to hear she was writing again, after a good while away. 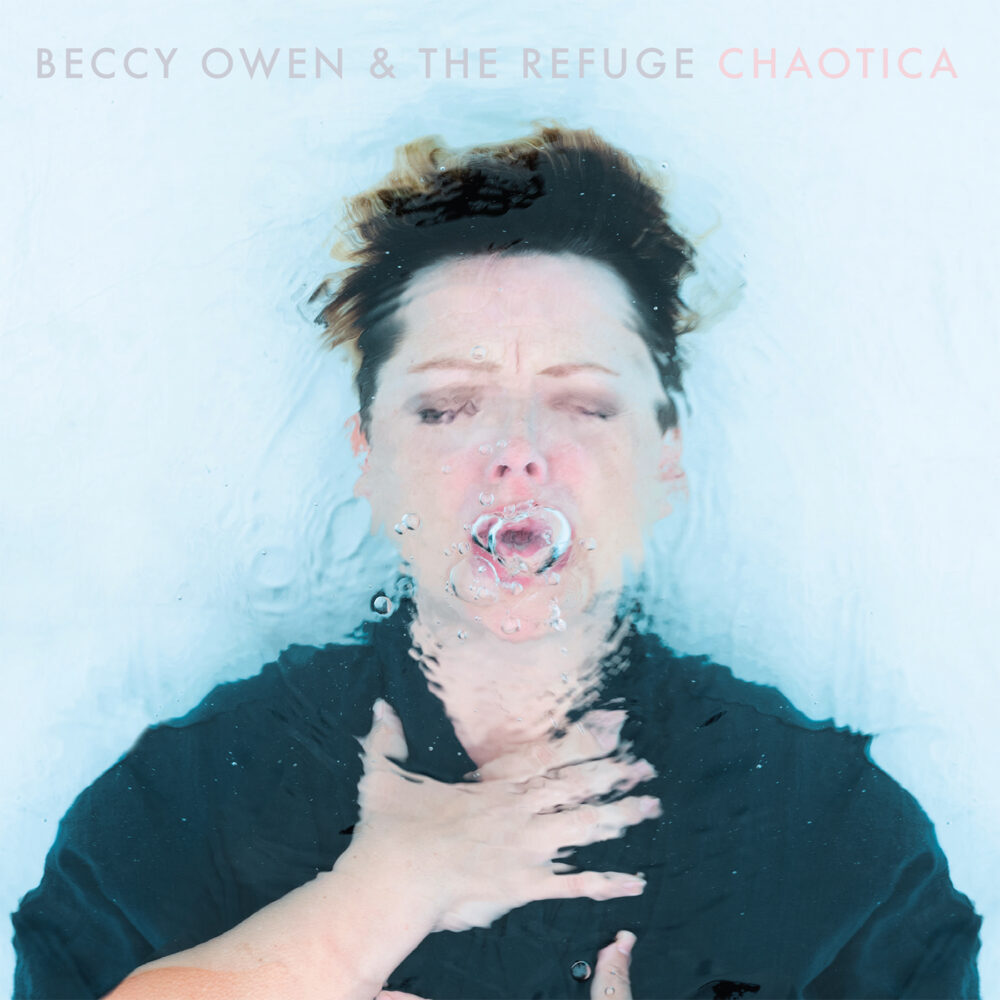 Chaotica is the debut release from Beccy Owen and the Refuge

During this time, as well as working on a wide variety of musical and creative projects, she’d also been given a bipolar diagnosis, which was to play a big part in inspiring the new album.

“I’d already been taking bipolar seriously by the time I embarked on the project, but the record started to offer huge shards of light and playfulness and revelation amidst the daily grind of

managing the chronic stuff,” she says.
“Making an album designed to articulate something that feels otherwise too dark to say takes the sting of shame out of it all. Counteracting that feeling of ‘hiding’ in whatever you can is a fast-track to survival.”

Meeting sound engineer and producer, Julie Bartley offered a different kind of inspiration when it came to the atmosphere in which the album would be created.

“We shared examples of how we’d both been exploited in the past and how we’d both paid the price with our mental health and our bodies over the last 20 years,” she says.

“Julie and I became obsessed with the idea that we could cultivate a different kind of environment that focussed on nurture over ego whilst creating really dynamic music. We wanted to keep the energy really relaxed and serve the music as best we could.” 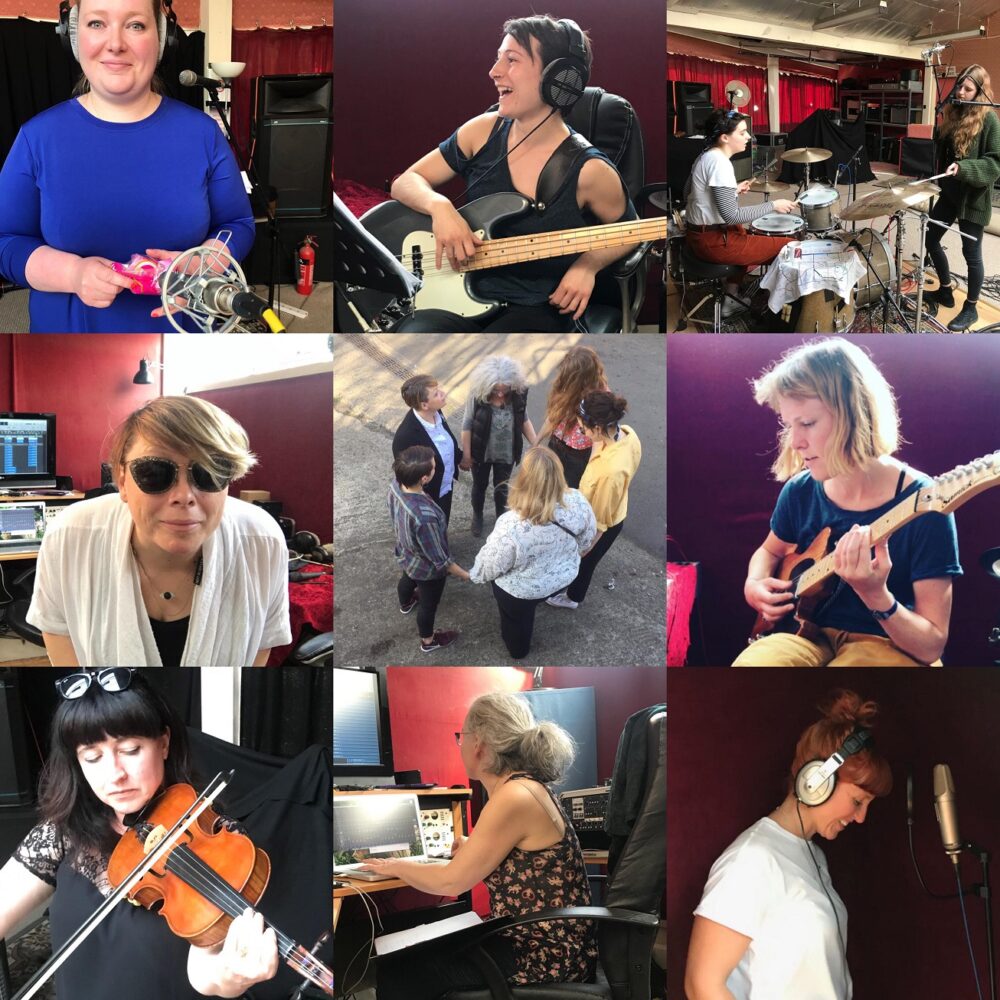 Together, they are Beccy Owen and The Refuge and the resulting eight-track album, Chaotica – a word coined by writer Anais Nin alluding to the constant ebb and flow of emotional states – offers an exploration of “the shadowy sides of femininity and mental health”.

“As more women came into the band we became more and more certain of our choice to keep the ethos and energy really clear and kind in order to let the music lead the way. It was the best recording experience I’ve ever had,” says Beccy, who has worked in collaboration with numerous world-class musicians, including Nitin Sawhney, Maximo Park, Boff Whalley, Kate Rusby, and members of Bellowhead.

“We played around with the songs and talked, drank a lot of tea and ate big meals, laughed and cried and jammed a lot. And it felt great to breath life and personality into the songs. I think we all exorcised some personal demons and made some ace friendships along the way, too. 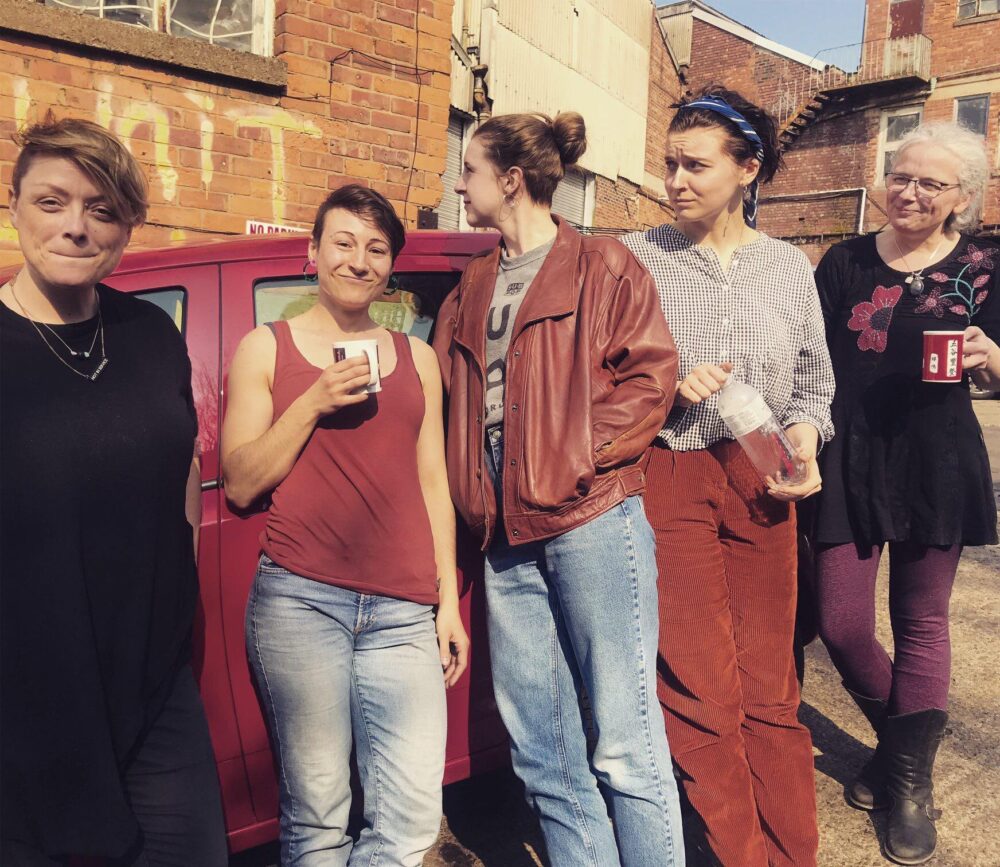 Beccy Owen and (some of) the Refuge

“I’ve never been more grateful for music than in making this new record with these women,” she continues. “A lot has happened over the last two years: two depressive episodes, a hypomanic stretch, marriage, leaving Joy Atlas, the marriage ending… yeah, a lot.”

Drawing on an embarrassment of musical styles and influences Beccy, hopes Chaotica, which was recorded at The Rooms at Immediate Audio in Byker, will resonate with many. Once they hear it.

“We’ve only had one gig, supporting Grace Petrie, and it was absolutely incredible. Especially for the songs that speak directly into people’s experience of mental health.

“I’ve shared the whole album with my Patreon supporters and close friends and family, but no-one else has heard it yet. I’ll get a better idea of how it’s landing after the launch gig.

“It might be the best record I’ve ever made. I dunno,” she continues. “Sounds a bit bold, and I’m not objective, but that’s my view and the rest of the band seem to love it. That’s the main thing for me right now!”

Beccy Owen and the Refuge launch Chaotica at a gig at the Old Coal Yard in the Ouseburn on the evening of Saturday, October 12. The album will be released on November 25, the International Day for the Elimination of Violence Against Women and the band are playing a number of North East dates (Pop Recs in Sunderland on Nov 8; Old Cinema Launderette in DUrham on Dec 21; and Bobik’s Newcastle on March 1, 2020. For more information, keep your eye on the Facebook page at www.facebook.com/beccyowenandtherefuge

Listen to a track from Chaotica, In Through The Walls, here.

Back to articles
« Daniel Sloss returns to Tyneside with his X
Review: I Have Met the Enemy (and the enemy is us) »
Share on
Share on