In our quest to shout about the best of the independent scene in Newcastle and Gateshead, we’ve asked theatre PR Helen Fussell to give us some insider insights.
Helen shouts about great theatre for a living, and works with some of the North East’s top independent theatre companies including Northern Stage in Newcastle, so she’ll be going backstage for our blog to bring you the best of what’s happening on and behind our city’s stages. Here’s her first report back from the rehearsal room.

I was running a workshop with Lyn Gardner recently to help more people get into writing about theatre, when one of the writers asked me why I didn’t write about it myself. Awkward.

Then I met Sam Wonfor for a brew in Heaton Perk and she told me she was setting up Only In Newcastle and that she was looking for a cracking crew of writers and what have you, to help her in her quest to put the best of the independent scene in Newcastle and Gateshead in a big, bright spotlight. Hmm.

So here I am putting my money where my mouth is.  And I’m starting with the C word.

For me, Christmas started on 25 September this year when I found myself on a photo shoot in the beautiful Great Hall of the Discovery Museum with none other than Mr Scrooge himself.  Or should I say, Nick Figgis, who will be playing Scrooge in A Christmas Carol at Northern Stage. 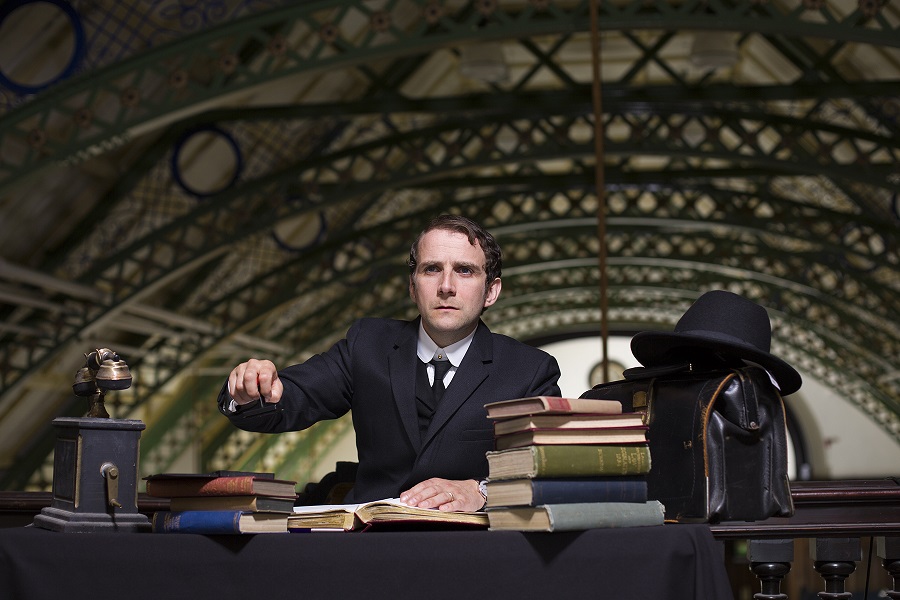 Northern Stage always do something a bit different for their main stage Christmas show, and this year Dickens’ classic is getting a Peaky Blinders/Great Gatsby style makeover with some gorgeous music by Hannabiell Sanders.

I sat in on rehearsals this week and was treated to a particularly jazzy version of God Rest Ye Merry Gentlemen, complete with funky bassline and brass section. If you’ve ever seen Hannabiell perform – maybe at the Boiler Shop Steamer with her band Ladies of Midnight Blue, or her show-stopping sets at likes of The Lindisfarne Festival and the Hartlepool Waterfront Festival – you’ll know she brings an amazing energy to a room. And the rehearsal room for A Christmas Carol is no different.

The cast look like they’re having the time of their lives working with director Mark Calvert and the team. And Nick Figgis told me he’s chuffed to bits to be back in Newcastle, not least because he’ll get to enjoy his Mam’s Christmas dinner this year. 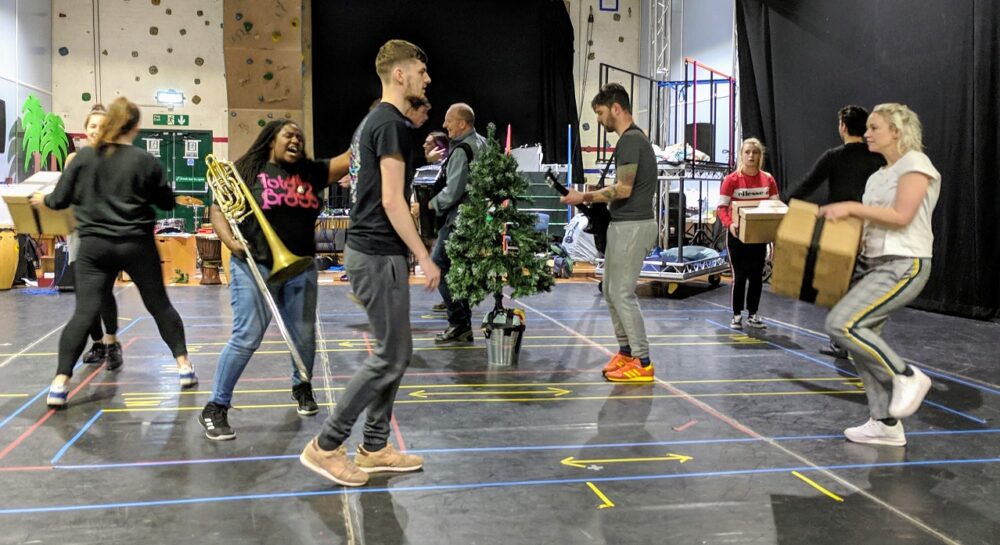 Hannabiell Sanders on trombone and the cast enjoying rehearsals

If previous Christmas productions at Northern Stage are anything to go by (it’s the same team that did James and the Giant Peach and Alice in Wonderland) then it’ll be a cracker.

A Christmas Carol is at Northern Stage from 1 December – 5 January. Tickets from £10 are available from www.northernstage.co.uk

Back to articles
« Celebrating 20 years of changing the world, one play at a time
What’s not to love about Ouseburn Open Studios? »
Share on
Share on