Back with the boys again: Jimmy Nail returns for Sunday for Sammy 20th anniversary show

It will be a case of Guten Tag, Pet when the Sunday for Sammy gang welcome Jimmy Nail back onto stage next year. 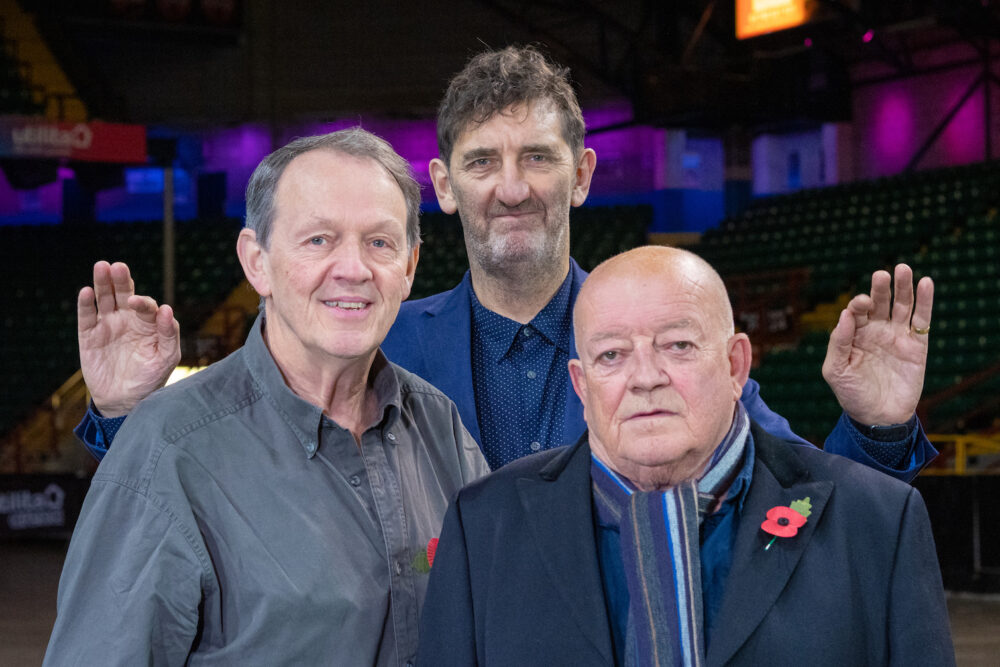 One of the founders of the ever-popular biennial concerts – which have raised more than half a million pounds for aspiring North East performers since they debuted in 2000 – it has been 14 years since Jimmy last appeared alongside his Auf Wiedersehen, Pet co-stars Tim Healy and Kevin Whately.

But the popular actor and singer will be back with the boys again for the landmark Sunday For Sammy gigs, which will take place at the Utilita Arena in Newcastle, on February 23rd, 2020.

Founded in memory of their friend, North East actor Ronnie ‘Sammy’ Johnson who died suddenly after suffering a heart attack in 1998, the variety concerts have become a much looked forward to staple on the region’s entertainment calendar.

Jimmy said: “It’s hard to believe that it was 20 years ago when we decided to do a concert in memory of our good friend – and even more surprising that what was going to be a one-off gig has turned into something so big.

“I’m greatly looking forward to getting back on stage with Tim and Kevin again and inhabiting those characters – playing them is like putting on a comfortable pair of slippers and it’s always a joy.” 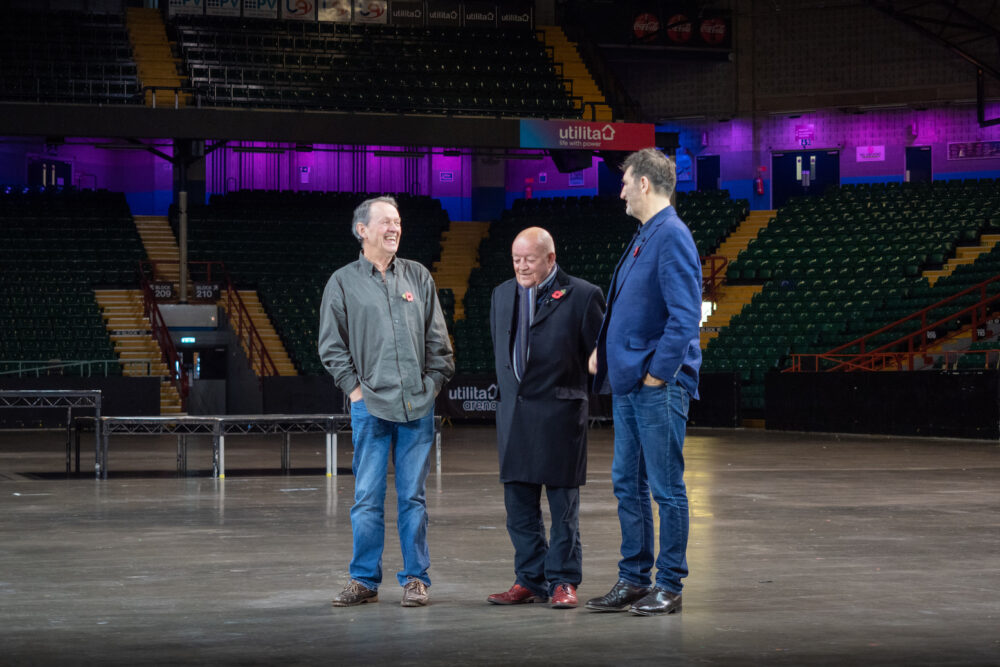 Brickies back together for the Sunday for Sammy 20th anniversary gigs

As the millions of fans of Auf Wiedersehen, Pet will know, Jimmy, Tim and Kevin played Geordie brickies Oz, Dennis and Neville in Dick Clement and Ian La Frenais’ classic 80s TV series, which followed the fortunes of a group of Brits working on a German building site.

The series was revived in 2002 as a direct result of the first Sunday for Sammy concert, which included a series of sketches, written especially for the occasion by Clement and La Frenais themselves.

Tim, who co-founded Sunday For Sammy with Jimmy, said: “The audience went mad – we had no idea that we’d get that reaction, playing these characters live on stage for the first time. It was an extraordinary moment – we’ll never forget it.”

Kevin added: “The main thing I remember about it was the warmth we felt from the audience – that was what led to us doing another two series and a special of Auf Wiedersehen. I think we’d forgotten how much fun it was to play these characters.”

Sunday For Sammy audiences have been treated to new sketches every two years, with the lads being joined on occasion by co-stars Christopher Fairbanks as Moxey and Timothy Spall as Barry.

Jimmy said: “It’s funny, we’re talking about we can’t believe it’s 20 years since the first Sunday For Sammy… and then you think, it’s getting on for 40 years since we first played those characters – the amount of goodwill which is still around for the show is phenomenal.

“It’s great to be known for something that the North East is really proud of – that’s a really lovely feeling.”

As well as returning to the stage as Oz, Sunday For Sammy audiences can also look forward to Jimmy flexing his musical muscles too.

“That’s the plan. There’s a few nursery rhymes I’m dusting off,” he said.

As is always the form, it’s a case of tight lips all round when it comes to any more details.

“Mainly because we don’t know what’s coming yet,” laughed Tim, “but we’re delighted to be able to let people know we’re going to have Jimmy back on stage, which is really great.”

Kevin said: “The surprise element is part of the fun – the audiences are very kind to us because they know we don’t get time for rehearsals and they seem to like it when things don’t always go to plan!”

And of course while everyone is enjoying themselves, there’s lots of money being raised in Sammy’s name.

“It’s great to think so much money has been raised to give people a leg up,” said Jimmy. “That’s what we wanted to do when we started this, but the scale of it 20 years later is tremendous.

“On a really simple level, it has kept Sammy’s name alive. This is still Sunday For Sammy and that’s a really nice thing. His name is part of the fabric of the city now.”

The Sunday For Sammy concerts (matinee and evening performances) will take place on February 23rd 2020 at the Ultilita Arena Newcastle. For tickets, call 0844 493 6666 or visit www.utilitaarena.co.uk.

Back to articles
« Review: Opera North’s Guilio Cesare at Newcastle Theatre Royal
Review: Our City Our Truth at Sage Gateshead »
Share on
Share on